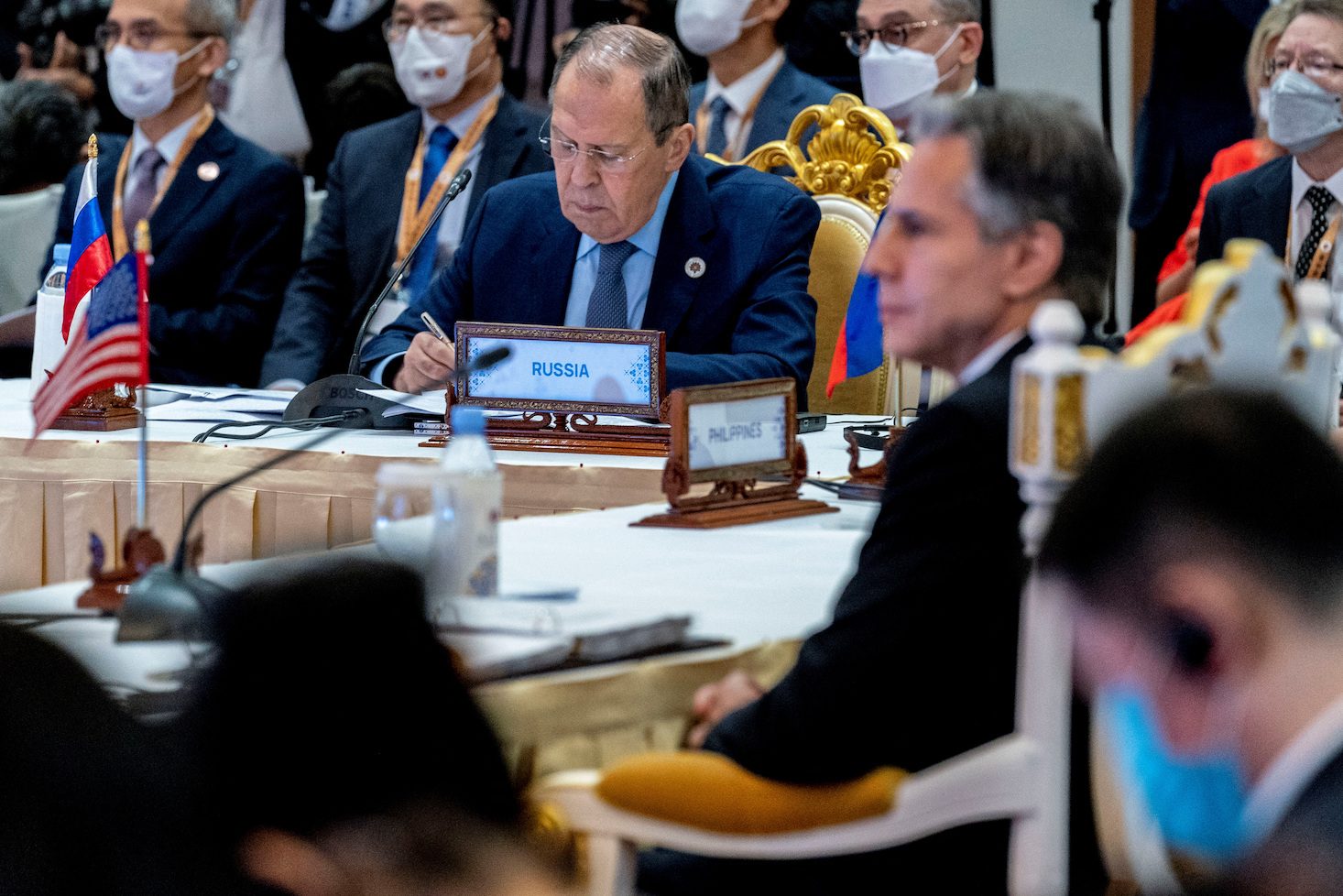 PHONM PENH, Cambodia – Tensions over developments in Taiwan overshadowed an Asian meeting of foreign ministers on Friday, August 5, diverting attention at a forum that had been expected to focus on efforts to end the crisis in Myanmar among other issues.

But this week’s meetings have seen diplomatic discord over US House of Representatives Speaker Nancy Pelosi’s trip to Taiwan, which prompted China to conduct major military drills in the Taiwan Strait, including launching live missiles around the self-ruled island it claims as part of its sovereign territory.

“There is no justification for this extreme, disproportionate and escalatory military response,” US Secretary of State Antony Blinken told a news conference on the sidelines of an ASEAN meeting. “Now, they’ve taken dangerous acts to a new level.”

He emphasized that Washington would not take actions to provoke a crisis, but it would continue to support regional allies and conduct standard air and maritime transit through the Taiwan Strait.

The Association of Southeast Asian Nations on Thursday called for restraint and warned of the risk of miscalculations and confrontation among major powers.

ASEAN ministers were joined on Friday for plenary sessions of the East Asia Summit and the annual ASEAN Regional Forum security gathering, attended by 27 foreign ministers.

Wang had cancelled a meeting with Japan’s Yoshimasa Hayashi in Cambodia a day earlier, with China citing displeasure over a G7 statement urging it to resolve tension over Taiwan peacefully.

On Thursday, Wang arrived late for an ASEAN gala dinner, then walked out of the venue just moments after, according to Reuters journalists. ASEAN issued a communique on Friday after a meeting of foreign ministers from the bloc, which groups Brunei, Cambodia, Indonesia, Laos, Malaysia, Myanmar, the Philippines, Singapore, Thailand and Vietnam.

The communique covered Myanmar but did not mention Taiwan.

ASEAN said it was “deeply disappointed” by the limited progress made by Myanmar’s military rulers in implementing a peace agreement to end the conflict in the country.

The communique recommended that an ASEAN summit in November assess progress by the junta in implementing the peace plan “to guide the decision on the next steps”.

“We… expressed our concerns over the prolonged political crisis in the country, including the execution of four opposition activists,” the communique said.

Myanmar is an ASEAN member but its generals, who have defended the recent executions as necessary, are barred from attending its meetings until progress in the ASEAN peace plan is demonstrated.

The five-point peace “consensus” calls for an end to violence, for parties to engage in dialogue and for ASEAN to provide humanitarian assistance.

But there has been little sign of the violence in Myanmar ending, with conflict spreading after the army crushed mostly peaceful protests in towns and cities.

Cambodian Prime Minister Hun Sen said at the start of the meeting that ASEAN would be forced to reconsider the peace plan if Myanmar’s military rulers execute more prisoners.

Some members of ASEAN, which has a tradition of non-interference in each other’s internal affairs, have been strident in their criticism of Myanmar.

Malaysian Foreign Minister Saifuddin Abdullah said the junta has been frustrating everyone in ASEAN and making a mockery of the peace agreement, which should be inclusive of its opponents.

“I have to say that never before, not like this year, have we been confronted with so many perils at the same time,” Cambodian Foreign Minister Prak Sokhonn said ahead of Friday’s plenary session, also citing the COVID-19 pandemic. – Rappler.com