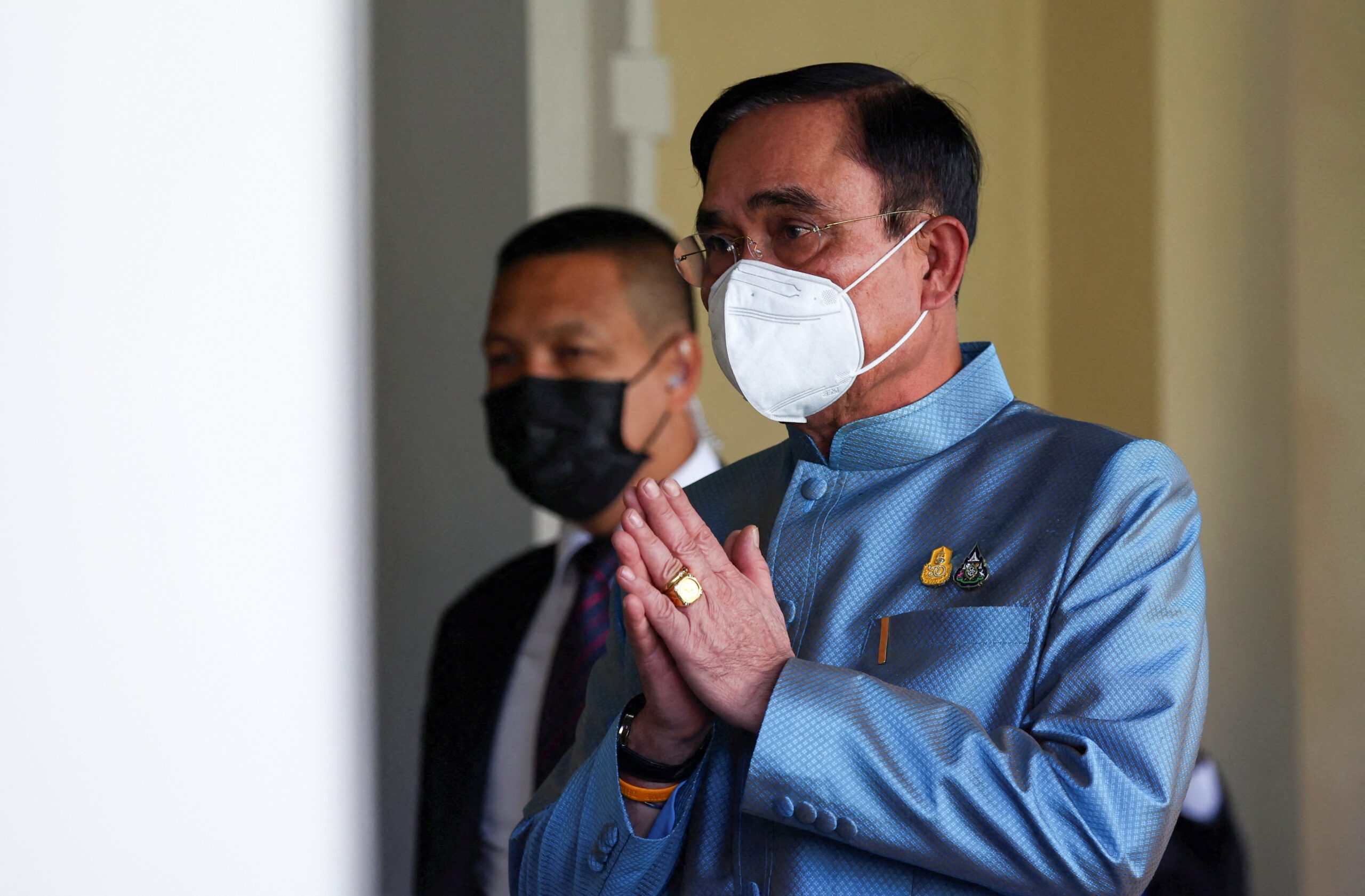 Thailand Prime Minister Prayuth Chan-ocha attends a weekly cabinet meeting ahead of a Constitutional Court decision on when his eight-year PM terms ends at the Government House in Bangkok, Thailand, August 23, 2022.

Facebook Twitter Copy URL
Copied
The main opposition party, and nearly two-thirds of Thais questioned in an opinion poll, believe Prime Minister Prayuth Chan-ocha, who took power in a 2014 coup, should step down by August 24 because his time as junta chief counts towards his term

BANGKOK, Thailand – Thai authorities ramped up security in the capital on Tuesday, August 23, ahead of protests calling on the prime minister to resign, as a court considers whether to take up a petition to rule on when his constitutionally stipulated eight-year term is up.

The main opposition party, and nearly two-thirds of Thais questioned in an opinion poll, believe Prime Minister Prayuth Chan-ocha, who took power in a 2014 coup, should step down by August 24 because his time as junta chief counts towards his term.

Prayuth, 68, was army chief when he mounted a coup in 2014 to overthrow an elected government. He became a civilian prime minister in 2019 after an election held under a military-drafted constitution.

Police cordoned off areas around the prime minister’s offices, known as Government House, in central Bangkok, setting up barricades, including shipping containers, and diverting traffic.

Prayuth arrived for a weekly cabinet and is expected to address media later in the day.

Thailand has seen intermittent political turmoil for nearly two decades, including two coups and violent protests, broadly because of opposition to the military’s involvement in politics and demands by increasingly politically aware sections of society for greater representation. 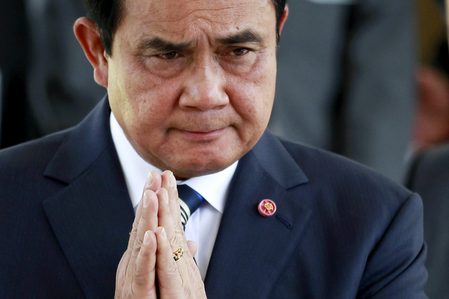 But protests have petered out over the past couple of years with the imposition of COVID-19 bans on gatherings.

The main opposition Pheu Thai Party has petitioned the Constitutional Court to rule on how long Prayuth can stay in office. The court could decide to hear or dismiss the case on Wednesday.

If the case is accepted, it is unclear if Prayuth would stay on as leader or be suspended from duty while a caretaker government takes over. It is not clear when the court would rule on the term limit.

The opposition says Prayuth’s tenure as prime minister began in August 2014, a few months after the coup, and should therefore end this month.

But some supporters argue his premiership started in 2017, when a new constitution came into force, or after the 2019 election – meaning he should be allowed to stay on until 2025 or 2027, provided he retains the necessary backing in parliament.

A general election is due by May next year. – Rappler.com