Thai PM urges calm ‘from all sides’ in protests 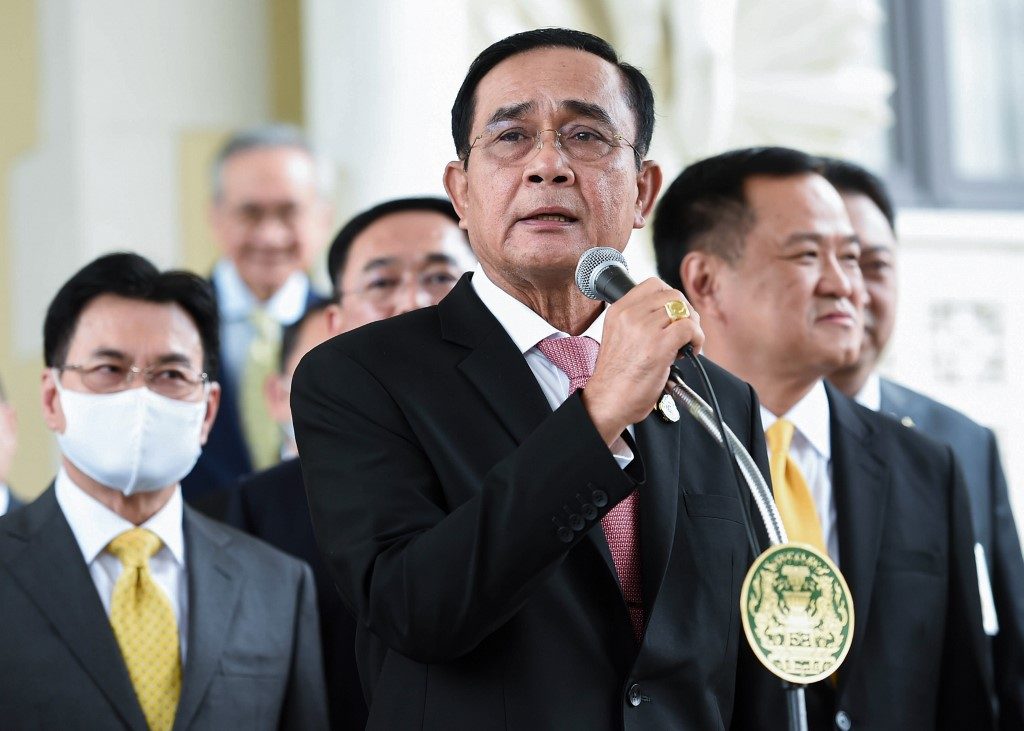 This handout photo from the Royal Thai Government taken and released on October 16, 2020 shows Thailand's Prime Minister Prayut Chan-O-Cha speaking at a press conference at the Government House in Bangkok while cabinet ministers look on following a cabinet meeting. - Premier Prayut gathered ministers October 16 for a special cabinet meeting on the emergency decree. (Photo by Handout / ROYAL THAI GOVERNMENT / AFP)

Thai Premier Prayut Chan-O-Cha urged calm from all sides Tuesday, November 10, as tensions rise between royalist groups and pro-democracy protesters calling for reforms to the monarchy.

The kingdom has for months seen massive demonstrations led by student leaders calling for democratic reforms, with some bolder figures issuing challenges to Thailand’s unassailable monarchy.

The movement’s demands have sent shockwaves through its royalist establishment, spurring monarchist groups to stage counter-protests which have led to some minor scuffles with protesters.

Prayut – whose removal from office is one of the movement’s key demands – said Tuesday both sides are entitled to “express their opinions” – as long as it is within the law.

“A confrontation is not the way to solve a problem,” he said after a cabinet meeting.

“I urge all sides to refrain from clashing and from breaking the law so excessively whereby the authorities would have to use every measure to enforce the law.”

It was only the second time such tactics were used.

Prayut, a former military chief who came to power via a 2014 coup, said the government was not “taking sides.”

So far, however, scores of pro-democracy activists and student leaders have been arrested and charged for participating in the protests.

Some face especially serious charges of sedition and causing violence to the queen – a rarely used law carrying a maximum sentence of life in prison.

Police are not known to have made any arrests during royalist rallies. – Rappler.com