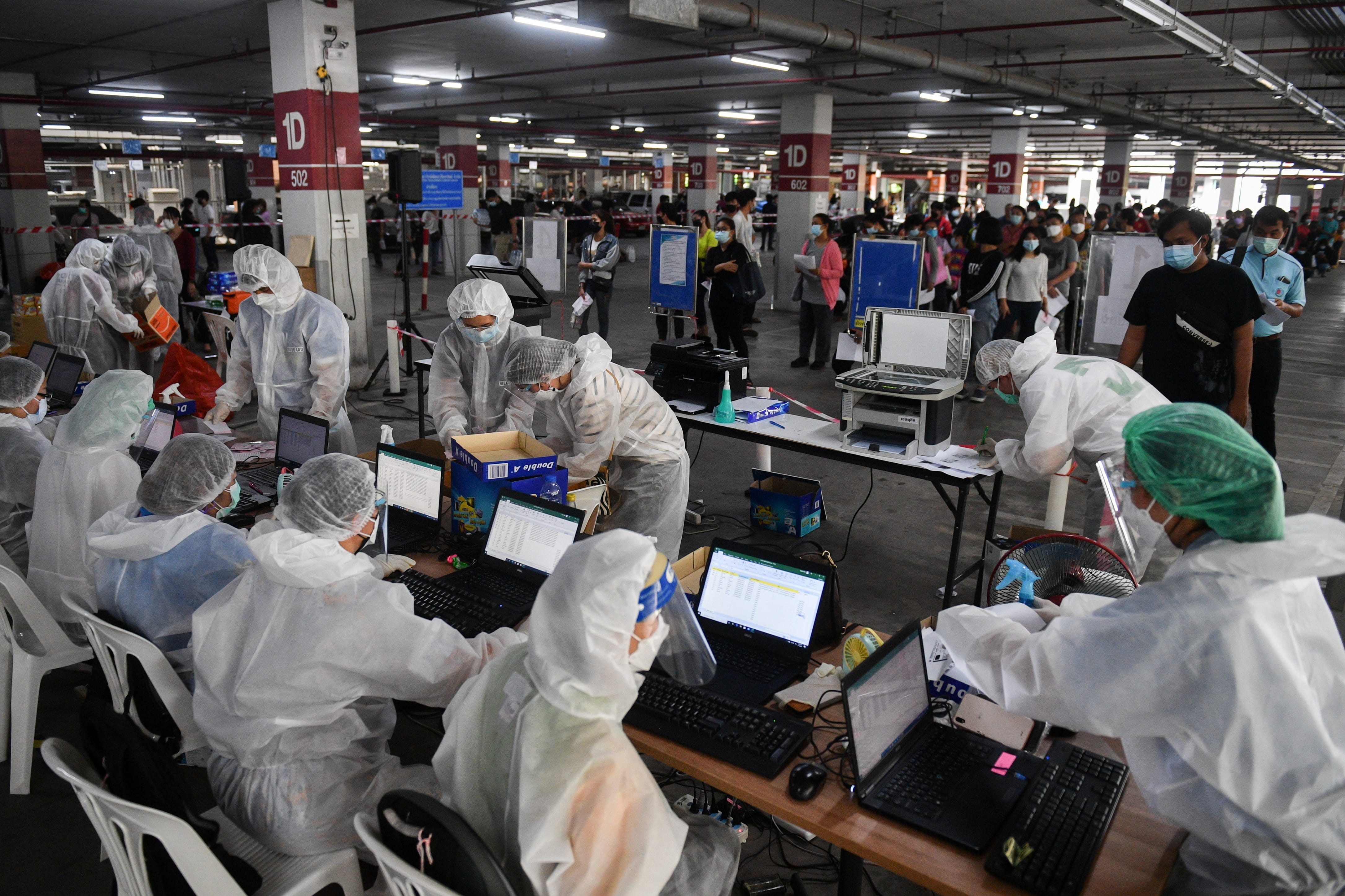 Facebook Twitter Copy URL
Copied
Public gathering violators face a maximum penalty of a two-year jail term or a fine of up to $1,200, or both

Thailand imposed a nation-wide ban on public gatherings and is considering more restrictions on movement as authorities reported record numbers of new cases and deaths on Saturday, July 17, despite partial lockdowns in Bangkok and nine other provinces this week.

The country’s COVID-19 task force reported 10,082 new coronavirus cases and 141 new deaths, bringing the total number of infections to 391,989 cases and 3,240 fatalities since the pandemic started.

A ban on public gatherings has been imposed, with a maximum penalty of a two-year jail term or a fine of up to 40,000 baht ($1,219.88) or both, an announcement on the official Royal Gazette published late on Friday, July 16, showed.

Prime Minister Prayuth Chan-ocha said that the government is considering more restrictions as the country battles its worst coronavirus outbreak yet, fueled by the highly transmissible Alpha and Delta COVID-19 variants since early April.

“There is a need to expand measures to limit people’s movement as much as possible and closing more facilities leaving only the essentials,” Prayuth said on his official Facebook page on Friday.

Areas considered high risk in Thailand have been under the toughest restrictions in more than a year since Monday, July 12, with curbs on movement and gatherings, the closure of malls and some businesses, and curfews between 9 pm to 4 am. – Rappler.com