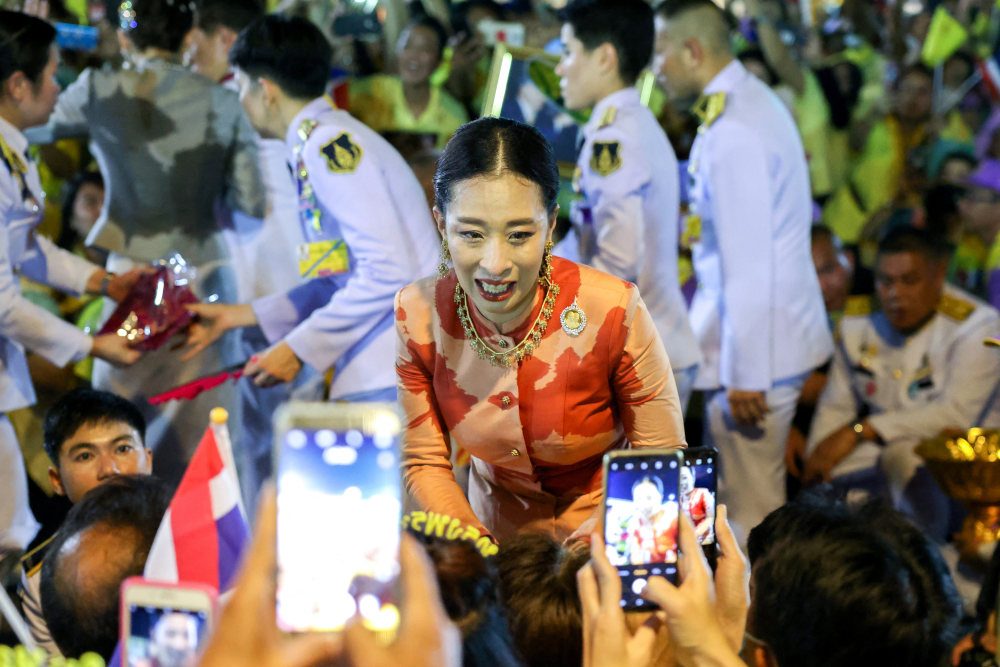 Facebook Twitter Copy URL
Copied
Princess Bajrakitiyabha showed no signs of a heart abnormality in a coronary angiography and her condition was being closely monitored, the royal palace says

BANGKOK, Thailand – The eldest child of Thai King Maha Vajiralongkorn is in a stable condition “at a certain level,” with doctors using medication and equipment to support her lung, heart, and kidney functions after she suffered a heart problem, the palace said on Monday, December 19.

Princess Bajrakitiyabha, 44, a potential heir to the Thai throne, showed no signs of a heart abnormality in a coronary angiography and her condition was being closely monitored, the royal palace said in its first statement since Thursday when it confirmed her hospitalization.

The princess was taken ill and lost consciousness on Wednesday while preparing her dogs for a competition in northeastern Nakhon Ratchasima province, the palace said. She was treated locally before being taken by helicopter to Bangkok for further treatment.

Princess Bajrakitiyabha is one of three children of King Vajiralongkorn who have formal titles, making her eligible for the throne under a palace succession law and the country’s constitution.

The king has yet to formally designate an heir and there has been no official discussion on the prospect of the princess taking the throne.

In its statement, the palace said her “condition is stable at a certain level” and her heartbeat was being controlled by medicine, but her heart contraction was still weak.

“Doctors administered medicine and the heart, lungs and kidney are being supported by machine,” it said.

While the 1924 palace succession law stipulates the heir to the throne should be male, an amendment to the constitution in 1974 allowed for a daughter of the royal line to ascend the throne if a successor had not been named.

The princess was born on December 7, 1978 as the daughter of the king and his first wife, Princess Soamsawali.

Princess Bajrakitiyabha, a trained lawyer with master and doctorate degrees from Cornell University, has served as Thai ambassador to Austria, Slovenia and Slovakia and in roles with the Attorney General’s office, the Royal Security Command and as Thai ambassador to the United Nations Commission on Crime Prevention and Criminal Justice. – Rappler.com