Dozens of Thai protesters injured after rally near king’s palace 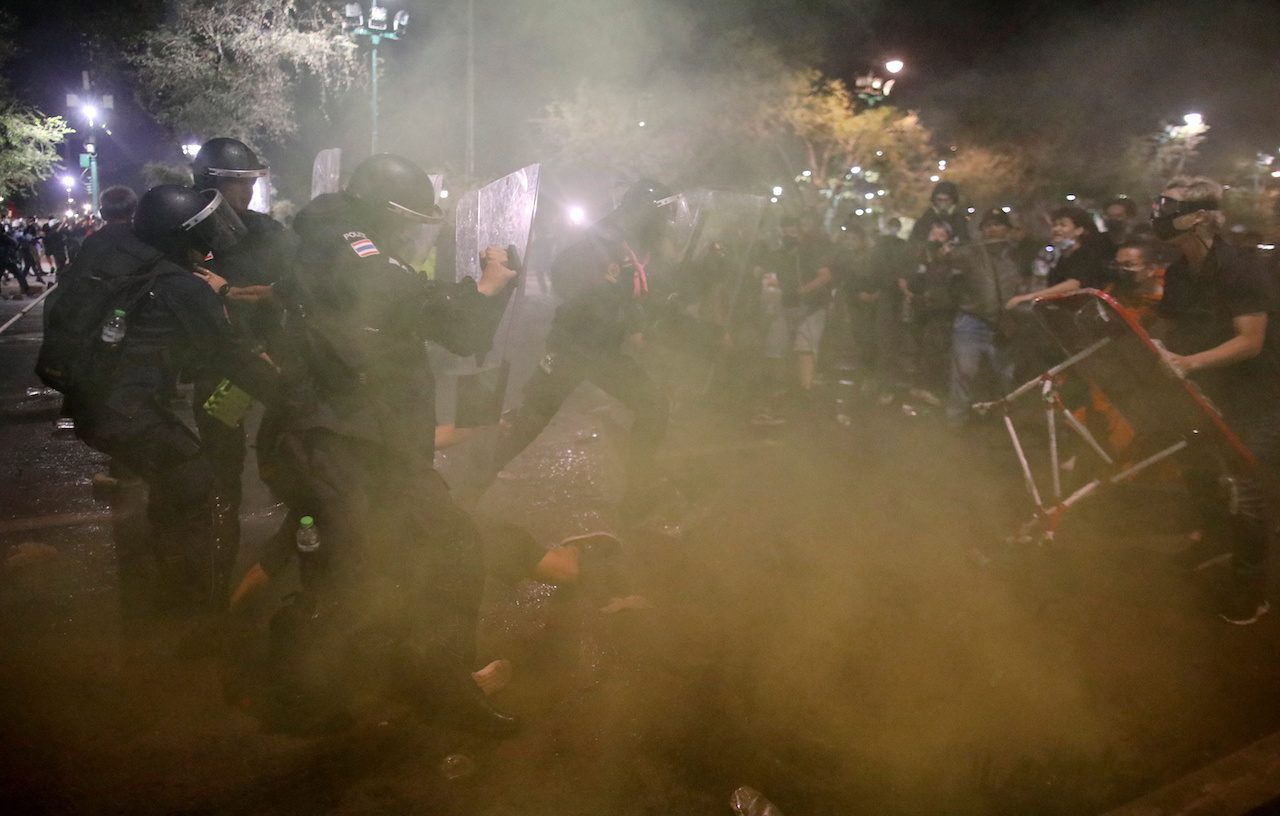 Demonstrators clash with security forces during an anti-government protest in Bangkok, Thailand, March 20, 2021.

More than 30 civilians and police were injured in anti-government protests in Thailand, an emergency medical center said on Sunday, March 21, after police used water cannon, teargas and rubber bullets to disperse the rally the night before.

Video circulated on social media showed police hitting and stomping on people with others fleeing from police in riot gear and some abandoning their motorcycles. Another video showed people taking refuge from teargas in a McDonald’s restaurant.

Thirteen police officers and 20 others were injured, the Erawan Medical Centre said.

Police said on Sunday their actions were in accordance with international standards and that 20 protesters were arrested for breaking public gathering laws and insulting the monarchy.

“Violence originated from the protesters’ side and police have to defend the law and protect national treasures,” the deputy head of the Bangkok police, Piya Tavichai, told reporters.

“Violence came from the police first, using tear gas and water cannons before protesters did anything,” said activist Rukchanok Srinork, 27, who was at the rally.

“They have helmets, shields, crowd control training, if there is a stone, raise your shields.”

Portraits of the king were defaced at Saturday night’s protests, which drew well over 1,000 people.

An anti-government protest this month saw over 20 protesters injured.

Thailand’s youth protest movement emerged last year and has posed the biggest challenge for the government of Prime Minster Prayuth Chan-ocha, a retired army general who seized power in 2014 from an elected government.

Protesters say he engineered a process that preserved the military-monarchy establishment and kept him in power after a 2019 election. Prayuth and his supporters reject that assertion.

The protesters have demanded reform of the monarchy, breaking a traditional taboo, saying the constitution drafted by the military after the 2014 coup gives the king too much power.

The Royal Palace, which declined to comment on Sunday, has avoided commenting directly on the protests. The government has said criticism of the king is unlawful and inappropriate. – Rappler.com