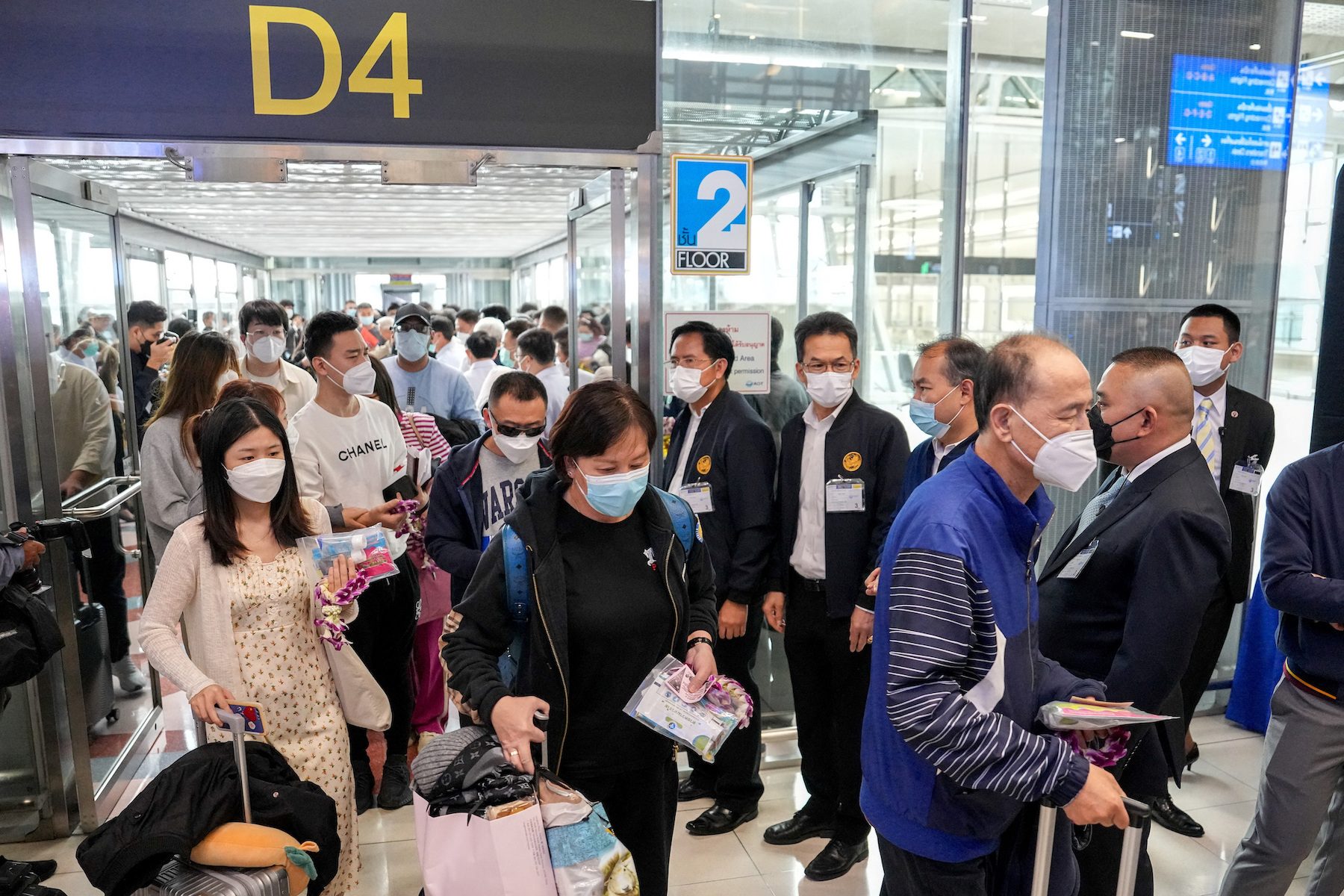 BANGKOK, Thailand – Thailand has rescinded an entry policy announced at the weekend requiring visitors to show proof of a COVID-19 vaccination, its health minister said on Monday, January 9, citing sufficient immunization levels in China and globally.

Anutin Charnvirakul said checking evidence of vaccinations was inconvenient and a panel of heath experts had agreed to withdraw the new rule, which was announced on Saturday, January 7, by aviation authorities ahead of an expected deluge of visitors from China, where COVID-19 cases have surged.

Anutin said those not vaccinated would also be granted entry without restriction.

“Showing proof of vaccination would be cumbersome and inconvenient, and so the group’s decision is that it is unnecessary,” Anutin told reporters.

One of Asia’s most popular travel destinations, Thailand is enjoying an influx of visitors during its first peak season since the removal last year of tight entry restrictions that had caused its tourism sector to collapse.

In November, it recorded 1.75 million visitors, quadruple the number for the whole of last year when flights and foreign arrivals were limited.

China has been crucial for Thailand, accounting for about a quarter of its annual visitors before the pandemic. Anutin said the government was now expecting 7 to 10 million Chinese visitors, compared to an earlier 5 million estimate.

The first flight from China arrived in Thailand on Monday with the first group among an expected 3,465 passengers on the first day.

“We’re very excited to come back to Thailand. We have been waiting for three years already,” said Wang Zhenyin, 39, one of the first to arrive.

“Before the start of COVID, we came here every year. And this time I take my family to come here.”

Thailand’s tourism authority is expecting arrival numbers for last year to have exceeded 11.5 million, just over a quarter of the record of nearly 40 million in pre-pandemic 2019, who spent about 1.91 trillion baht ($55.17 billion).

The about-face on the vaccine rule follows similar policy U-turns by Thailand during the pandemic that have caused widespread confusion among travelers about its entry requirements.

Thailand will still require foreigners to show evidence of health insurance cover for COVID-19 if their next destination requires a negative pre-entry test, Anutin said. – Rappler.com