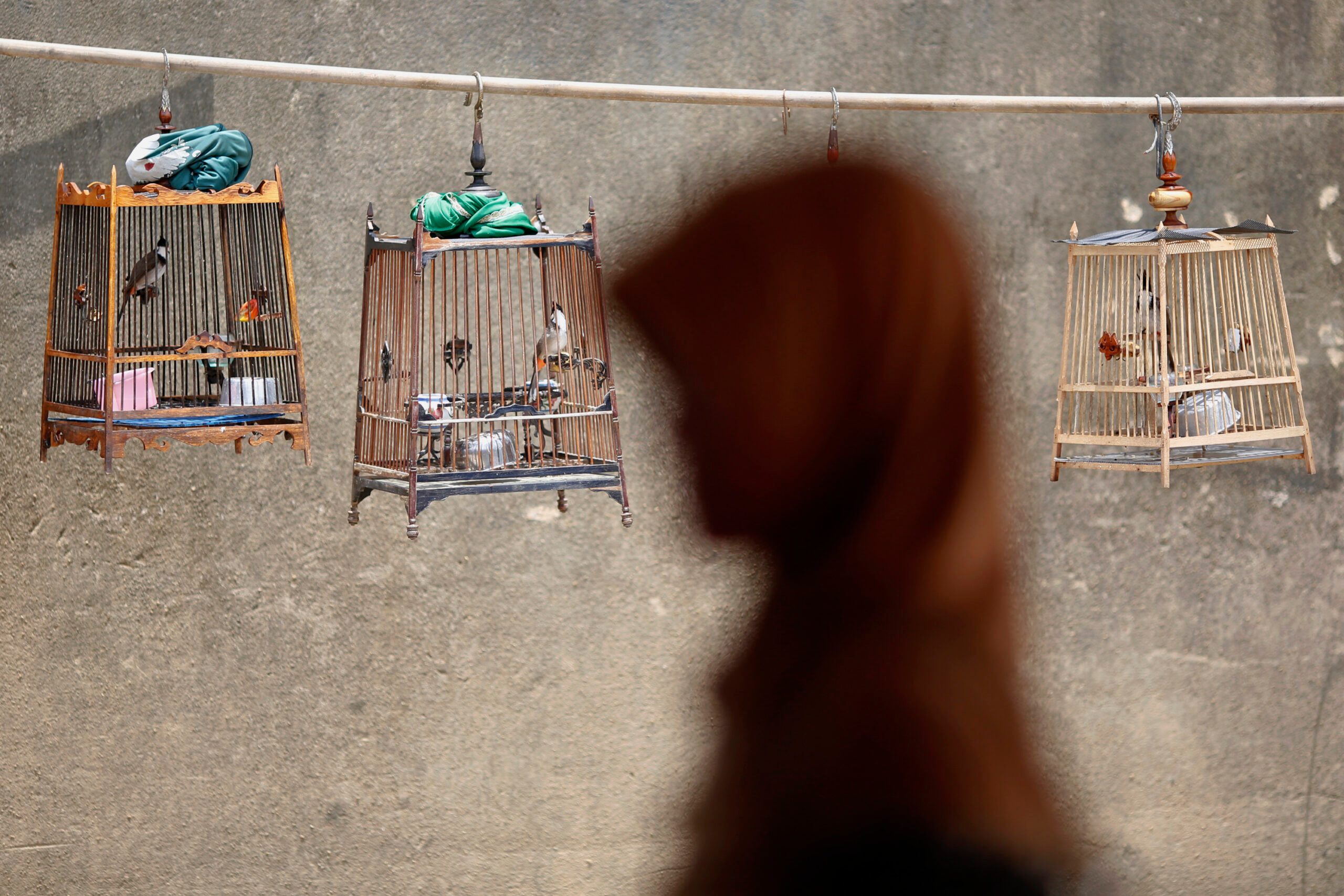 FILE PHOTO: A woman walks past birdcages after she crossed the border from Malaysia into Thailand in Sungai Kolok in southern Narathiwat province March 8, 2013. Last week, in a deal brought about with the help of Malaysia, Thailand agreed to pursue a peace talks with the Barisan Revolusi Nasional (BRN), one of the Muslim groups fighting for autonomy in the south.

BANGKOK, Thailand – The Thai government on Saturday, April 2, hailed “significant progress” in the latest talks with the main group fighting an insurgency in Thailand’s Muslim deep south after the sides agreed to stop violence during the upcoming holy month of Ramadan.

A Thai government delegation and representatives of the main rebel group, the Barisan Revolusi Nasional (BRN), met face-to-face earlier this week in Malaysia in the latest round of talks after peace dialogue resumed in January after a two-year pause because of the COVID-19 pandemic.

More than 7,300 people have been killed in insurgency related violence since 2004 when a decades-old rebellion flared up in the provinces of Narathiwat, Yala, Pattani, and parts of Songkhla, a predominantly Malay-speaking Muslim area in majority Buddhist Thailand.

The BRN said in a statement that the two sides have agreed to stop violence during Ramadan, which runs from April 3 to May 14, to “create a safe and prosperous atmosphere” for the community as a process of “confidence-building” to “establish meaningful peace.”

Thailand said in a statement that the creation of an “environment conducive to peace” during Ramadan will allow people to “safely perform their religious practices” and boost public confidence in the peace dialogue.

Both sides have also agreed to established joint working groups in three areas, including the reduction of violence, public consultations and a political solution, the Thai government said.

Shadowy rebel groups have called for independence for the southern Malay-Muslim majority provinces, which were part of a sultanate called Patani and annexed by Thailand in 1909 as part of treaty with Britain.

Separatists have long complained Malay Muslims were forcibly assimilated by Thailand and accused Thai security forces of past atrocities. The Thai government has defended its operations in the area.

Talks between the Thai government and rebel groups started in 2013 and thought they have been disrupted frequently. The latest round of talks restarted in 2019, leading to formal peace talks facilitated by Malaysia in early 2020, but those were interrupted by the pandemic. – Rappler.com