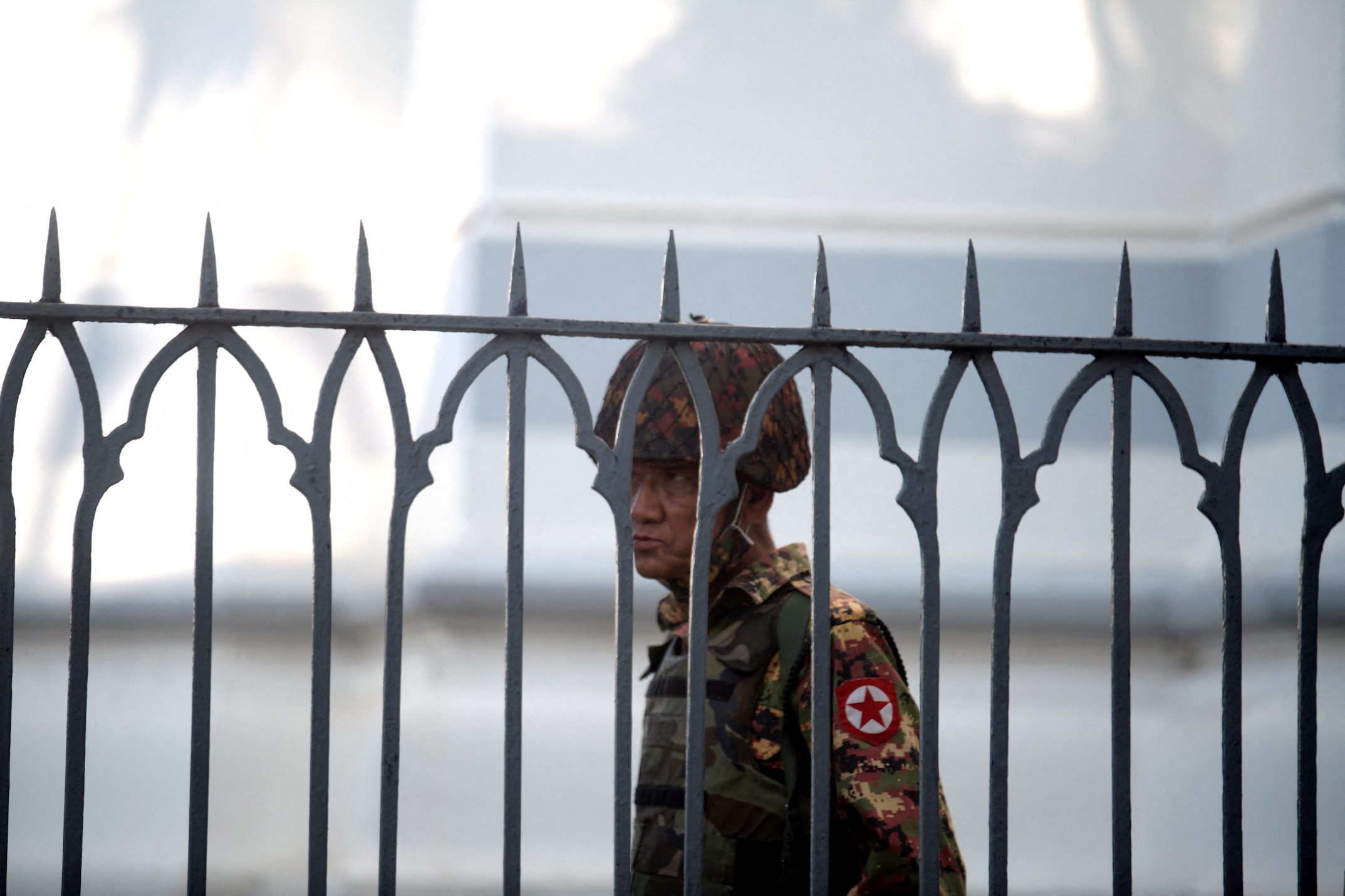 FILE PHOTO: A Myanmar soldier looks on as he stands inside city hall after soldiers occupied the building, in Yangon, Myanmar February 2, 2021. REUTERS/Stringer/File Photo

Facebook Twitter Copy URL
Copied
The Free Burma Rangers, a relief organization operating in the area, shares footage from a day earlier of houses ablaze in the village with the sound of artillery exploding nearby

Bombardments were carried out for a second day in Nan Mei Khon village in Kayah, a state bordering Thailand where soldiers have met months of resistance from the Karenni National Defence Force (KNDF), one of several militia groups that is challenging the junta’s rule.

Myanmar’s military council could not immediately be reached for comment on Thursday and state media outlets have not mentioned the fighting.

The Free Burma Rangers, a relief organization operating in the area, shared footage from a day earlier of houses ablaze in the village with the sound of artillery exploding nearby.

A KNDF representative was unable to confirm reports of casualties but said heavy fighting had taken place since Wednesday. Reuters was unable to independently verify the information.

The military ruled Myanmar for five decades until 2011 but is struggling to consolidate power this time as it faces
protests in cities, armed conflict on several fronts and sanctions imposed to isolate generals who overthrew a democratically elected government last year.

At least 90,000 people have since been displaced by fighting in Kayah state, according to the United Nations humanitarian agency, which estimates 441,000 people have fled unrest in Myanmar since the coup.

Human rights groups have accused the military of using disproportionate force in civilian areas. The military says it
is fighting “terrorists”.

A rescue worker, who declined to be identified for safety reasons, told Reuters that heavy bombardment was complicating efforts to move civilians to relief camps.

“Thousands of people are stuck,” the rescue worker said.

“We weren’t able to get them out of the area yet…They are attacking the people by air, by land and also with heavy
weapons.” – Rappler.com