The eight-metre-high 'Pillar of Shame' by Danish sculptor Jens Galschiot to pay tribute to the victims of the Tiananmen Square crackdown in Beijing on June 4, 1989 is seen before it is set to be removed at the University of Hong Kong (HKU) in Hong Kong, China October 12, 2021.

Facebook Twitter Copy URL
Copied
The sculpture called 'Pillar of Shame' has been on display at the university for over two decades, and is one of the few remaining public symbols of the bloody crackdown that is a taboo topic in mainland China

The Danish sculptor of a statue that commemorates pro-democracy protesters killed during China’s Tiananmen Square crackdown in 1989 has accused a leading Hong Kong university of “mafia” style tactics over its order to have it removed.

After the group disbanded last month with some members accused of national security offenses, the University of Hong Kong sent a letter to the alliance last week requesting it remove the statue from the campus by 5 p.m. (0900 GMT) on Wednesday, October 13.

“These people are in jail. And they say within four days you should take it down,” Galschiot told Reuters via Zoom, referring to some of the group’s members who are in prison over anti-government protests in 2019. 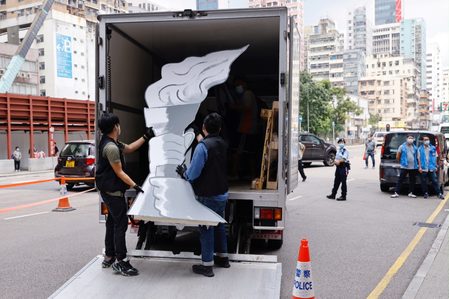 “So I think this is a warning, that we want to destroy this sculpture if you don’t pull it down. So this is a kind of mafia. I am really shocked.”

The University of Hong Kong did not immediately respond to a request for comment.

The sculpture has been on display at the university for over two decades, and is one of the few remaining public symbols of the bloody crackdown that is a taboo topic in mainland China where it cannot be publicly commemorated.

The statue, which Galschiot estimates is worth around 1.2 million euros ($1.4 million), depicts dozens of torn and twisted bodies that symbolize those killed in and around Beijing’s Tiananmen Square more than 30 years ago. 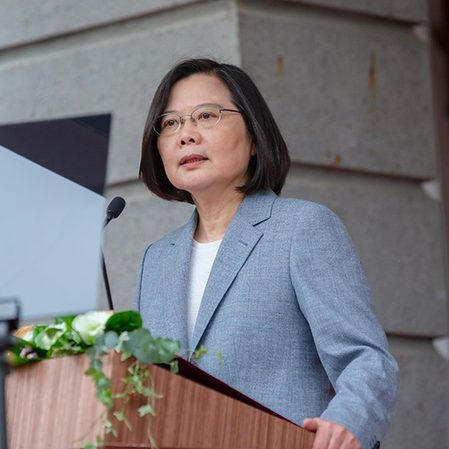 China has never provided a full account of the 1989 crackdown. The death toll given by officials days later was about 300, most of them soldiers, but rights groups and witnesses say thousands of people may have been killed.

Galschiot said he had contacted the university to explain that he is the owner of the statue and to offer to help with what he described as a “complicated operation” to move it.

“This is my property, so if they destroy it, then we will take action. I think there is still some legal system in place in Hong Kong to protect private property,” he said.

The statue was still in the university campus by the time the deadline for its removal passed on Wednesday, with most of the global financial center closed due to a typhoon. – Rappler.com