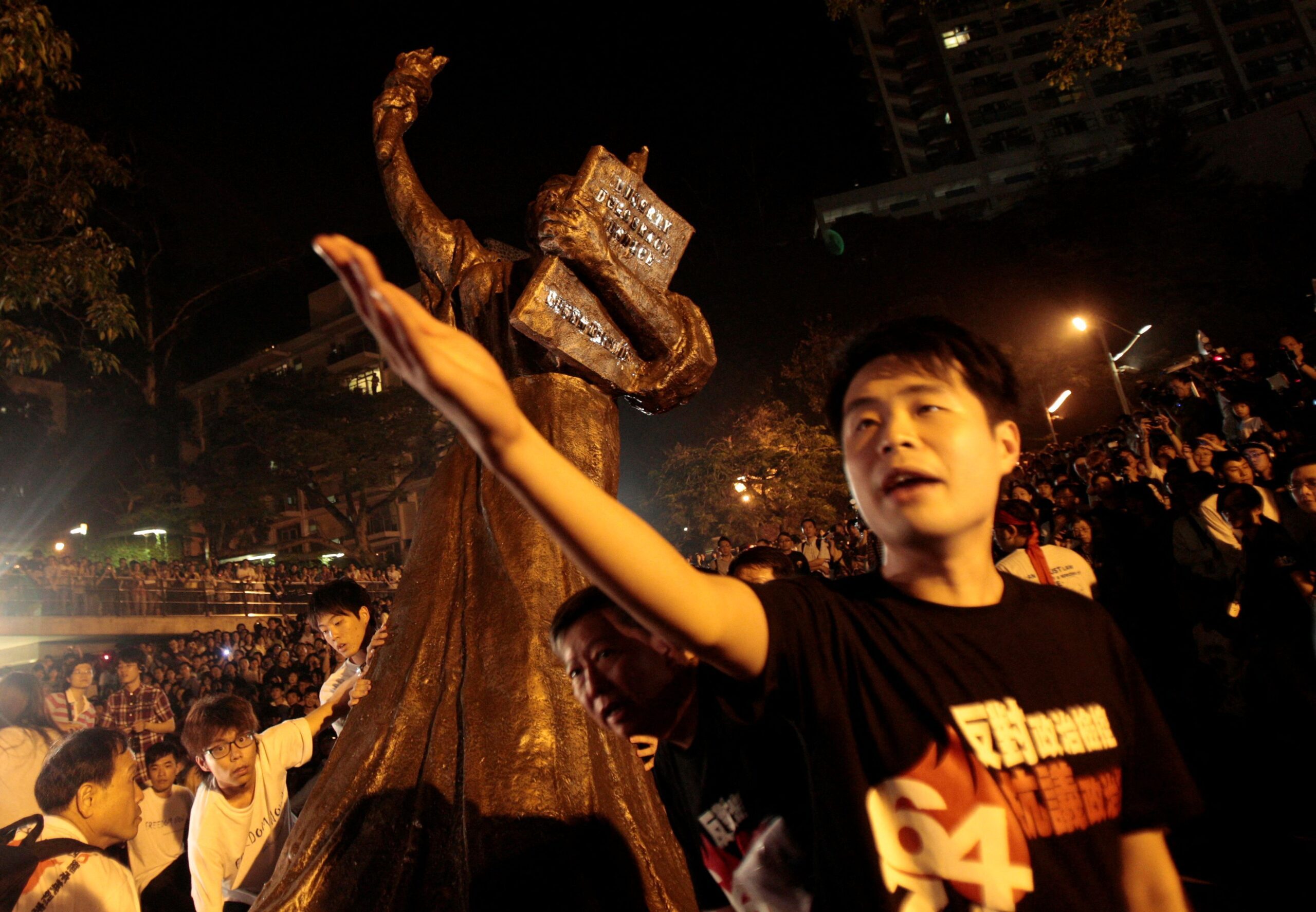 GODDESS OF DEMOCRACY. In this file photo, a replica of the 'Goddess of Democracy' is moved to the Chinese University of Hong Kong after a candlelight vigil in Hong Kong June 4, 2010 to mark the 21st anniversary of the military crackdown on the pro-democracy movement at Beijing's Tiananmen Square in 1989.

HONG KONG – Two more Hong Kong universities on Friday, Deember 24, removed public monuments to the 1989 Tiananmen protests in Beijing, following on the heels of the dismantling of a sculpture marking victims of the crackdown at another university earlier this week.

A “Goddess of Democracy” statue holding aloft a flame at Hong Kong’s Chinese University had been removed from a public piazza just before dawn by workmen, according to pictures posted online.

The university said in a statement that the “unauthorized statue” had been taken away.

“Following an internal assessment, and as the manager of the university campus, CUHK has removed the statue,” it read.

Hong Kong’s Lingnan University also took down a Tiananmen massacre wall relief sculpture, that also included a depiction of the “Goddess of Democracy,” according to local media reports.

Unlike mainland China, where Chinese authorities ban any memorials or public commemoration of June 4, Hong Kong had previously remained the only place on Chinese soil where such commemorations were permissible.

Hong Kong returned from British to Chinese rule in 1997 and was promised wide ranging autonomy and freedoms by China under a so-called “one country, two systems” arrangement.

Earlier this week, the University of Hong Kong dismantled and removed an eight-meter tall “pillar of shame” statue from its campus site that for more than two decades has commemorated pro-democracy protesters killed during China’s Tiananmen Square crackdown in 1989.

Authorities have been clamping down in Hong Kong under a China-imposed national security law that human rights activists say is being used to suppress civil society, jail democracy campaigners and curb basic freedoms.

Chinese and Hong Kong authorities say the security laws have restored order and stability after mass protests in 2019, and that fundamental rights and freedoms are still respected. – Rappler.com