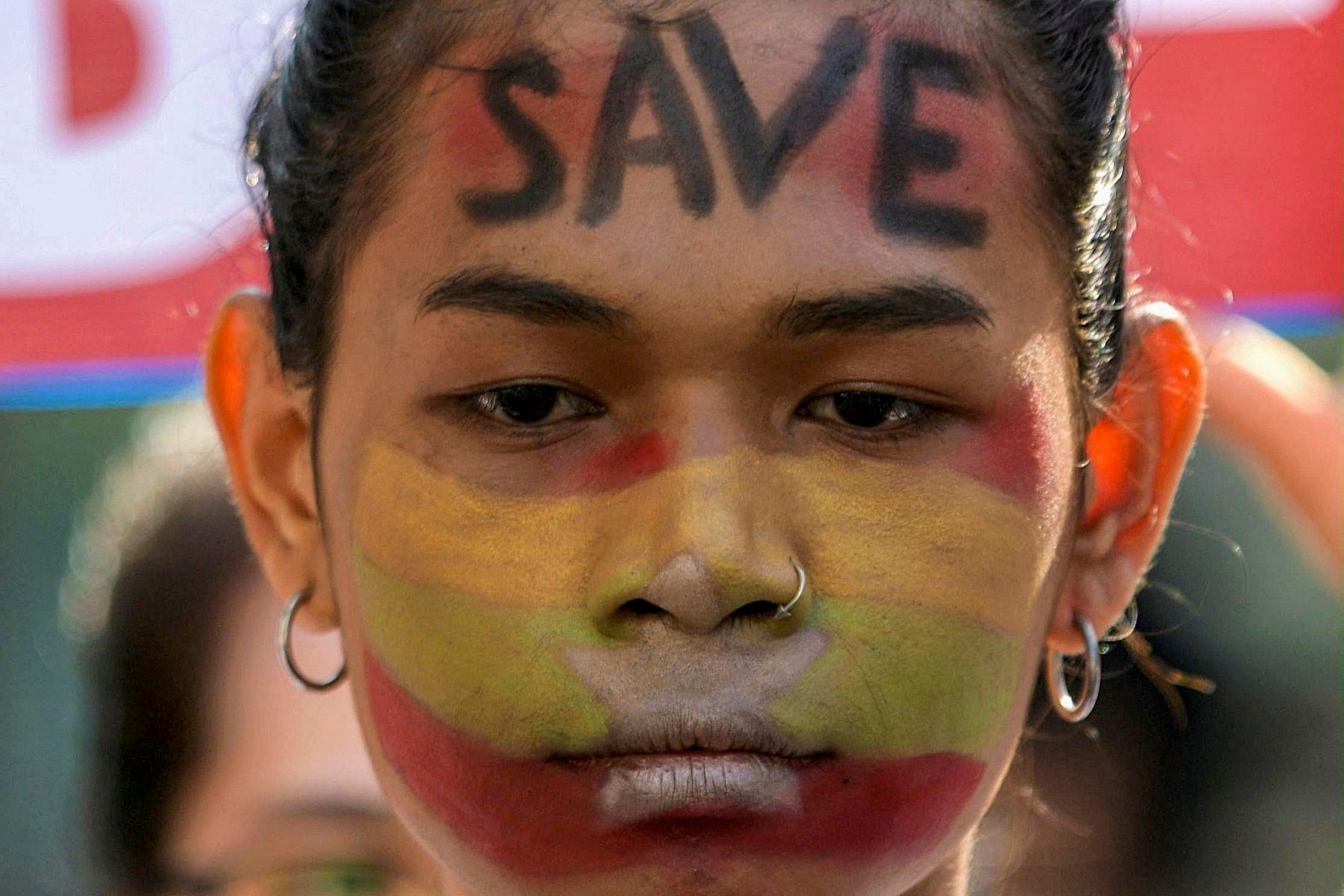 FILE PHOTO: A demonstrator takes part in a protest against the military coup in Yangon, Myanmar, February 17, 2021. REUTERS/Stringer/File Photo

The United Nations Secretary General has urged Myanmar’s ruling military to allow humanitarian aid access and address the “desperate needs” of its people, highlighting a year since a coup ended a decade of democracy and plunged the country into turmoil.

The February 1 overthrow of an elected government triggered months of nationwide protests and a bloody crackdown by the military, whose use of heavy weapons and air strikes against armed resistance in the countryside has reignited old conflicts and displaced tens of thousands of people.

“The multiple vulnerabilities of all people across Myanmar and its regional implications require an urgent response. Access to people in need is critically important for the United Nations and partners to continue to deliver on the ground,” Farhan Haq, deputy spokesman for Antonio Guterres, said in a statement.

“Armed forces and all stakeholders must respect human rights and fundamental freedoms. The people of Myanmar need to see concrete results.” Myanmar’s military government could not be reached for comment. Its leader has said its crackdown and military
offensives were to protect the country from “terrorists”

The junta has vowed not to bow to international pressure and has been highly critical of the UN, accusing its envoys of bias and interference and its top officials of relying on “distorted news.”

Haq said Myanmar special envoy Noeleen Heyzer had been engaging all stakeholders in the Myanmar crisis and would work with the Association of Southeast Asian Nations, which is leading the diplomatic effort in the country.

“This is crucial for creating an enabling environment for inclusive dialogue,” Haq said.

“Any solution needs to derive from engaging directly with and listening carefully to all those affected by the ongoing crisis. Their voices must be heard and amplified.”