Facebook Twitter Copy URL
Copied
'The international community should take all steps within its power to support the people of Myanmar and to answer calls for the military's financial isolation,' says the United Nations human rights office

Countries should do more to prevent revenues and arms from reaching a military in Myanmar that is ruling by repressing and terrorizing its people, the United Nations human rights office said on Friday, September 16.

Myanmar has been in turmoil since a coup early last year, with the military fighting a pro-democracy resistance movement and arresting thousands of its opponents, while struggling to manage an economy battered by domestic and global upheaval.

The UN has accused the junta of mass killings and crimes against humanity. It says it is fighting “terrorists” determined to harm the country.

In Friday’s report, the office called for the military to be isolated further and said it had failed to govern the country in a meaningful and sustainable way, or resolve a “profound financial sector crisis”. 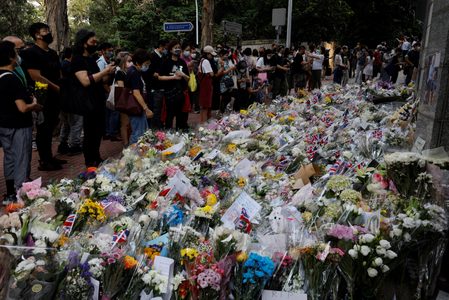 “The international community should take all steps within its power to support the people of Myanmar and to answer calls for the military’s financial isolation,” it said.

The United States, Britain, Canada and the European Union have imposed wide sanctions on Myanmar but trade has continued with its neighbors and several countries have kept supplying defense hardware to the junta.

While China has urged an end to hostilities, Russia has been the generals’ closest diplomatic ally and has received the junta chief as its guest on three occasions since the coup.