SECURITY DIALOGUE. US Defense Secretary addresses the plenary session of the 2022 Shangri-La Dialogue in Singapore on June 11, 2022.

SINGAPORE – The United States and its allies traded barbs with China at Asia’s premier security meeting on Saturday, June 11, especially on Taiwan, but the war in Ukraine and a remote speech by President Volodymyr Zelenskiy dominated proceedings.

Zelenskiy, speaking via video link from an undisclosed location in Ukraine’s capital, Kyiv, told the delegates that their nations’ support was crucial not just to defeat the Russian invasion, but to preserve the rules-based order.

“It is on the battlefields of Ukraine that the future rules of this world are being decided along with the boundaries of the possible,” he said.

He noted that Russia is blocking ports in the Black Sea and Azov Sea, keeping Ukrainian food exports from the world market.

“If…due to Russian blockades we are unable to export our foodstuff, the world will face an acute and severe food crisis and famine in many countries in Asia and Africa,” he said.

China and the United States, which have clashed in recent months over everything from Taiwan and China’s human rights record, to its military activity in the South China Sea, were again at odds.

Austin and Chinese Defense Minister Wei Fenghe met on Friday and reiterated they want to better manage their relationship but there was no sign of any breakthrough in resolving differences.

Austin said the United States would continue to stand by its allies, including Taiwan.

“That’s especially important as the PRC (People’s Republic of China) adopts a more coercive and aggressive approach to its territorial claims,” he said. China claims self-ruled Taiwan as its own and has vowed to take it by force if necessary.

Austin said there had been an “alarming” increase in the number of unsafe and unprofessional encounters between Chinese planes and vessels with those of other countries.

Australia has said a Chinese fighter aircraft dangerously intercepted one of its military surveillance planes in the South China Sea region in May, and Canada’s military has accused Chinese warplanes of harassing its patrol aircraft as they monitor North Korea sanction evasions.

Taiwan has complained for years of repeated Chinese air force missions into its air defense identification zone, and Austin said these incursions had surged in recent months. 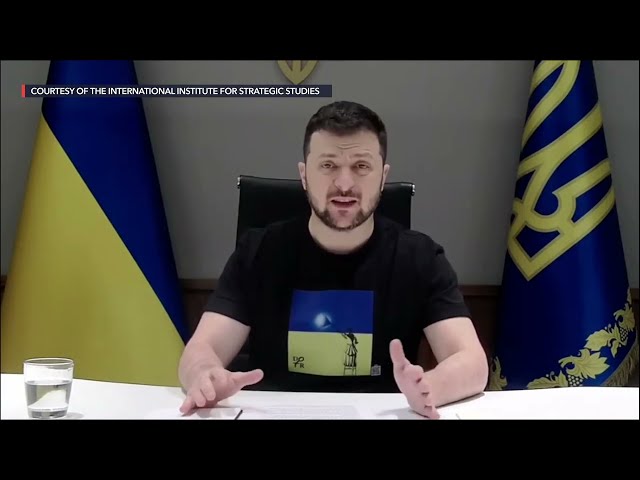 “There were many unfounded accusations against China. We expressed our strong dissatisfaction and firm opposition to these false accusations,” Zhang, vice chief of the joint staff department of China’s Central Military Commission, told reporters.

“The United States is trying to form a small circle in the Asia-Pacific region by roping in some countries to incite against some other countries. What should we call this other than confrontation?”

Earlier this year, Washington said China appeared poised to help Russia in its war against Ukraine.

But since then, US officials have said while they remain wary about China’s longstanding support for Russia in general, the military and economic support that they worried about has not come to pass, at least for now.

Ng Eng Hen, the defense minister of host Singapore, said the ties between China and Russia were discussed at a closed-door meeting of the ministers on Saturday, and that several delegates had asked Beijing to do more to rein in Moscow.

The defense minister of Japan, one of Washington’s closest allies in Asia, told the meeting that military cooperation between China and Russia had sharpened security concerns in the region.

“Joint military operations between these two strong military powers will undoubtedly increase concern among other countries,” Nobuo Kishi said at the Singapore meeting. 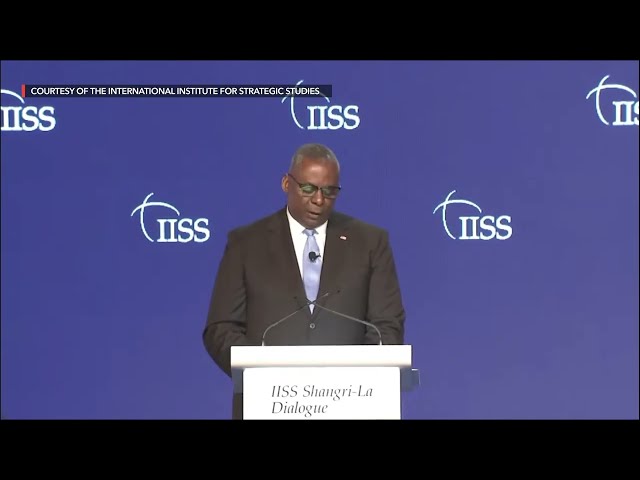 “The interceptions by the Chinese of our (aircraft) are very concerning and unprofessional and we need to ensure that the safety and security of our pilots is not at risk, especially when they are simply monitoring as required under UN-sanctioned missions,” Anand told Reuters in an interview.

Australian Defense Minister Richard Marles said it was reasonable to expect China to make clear it did not support the invasion of a sovereign country in violation of the UN Charter.

“That China has not done so should give us cause for concern, especially given the investments it is making in military power,” he said at the meeting. – Rappler.com