The government of Aung San Suu Kyi is poised to win the elections in Myanmar, despite condemnation abroad from human rights experts over the treatment of Rohingya people.

Follow the polls in Myanmar, as well as other developments unfolding in this part of the world on Dateline Southeast Asia, our dynamic wrap of the latest in the region each week.

Huge China-backed trade pact to be signed at ASEAN summit

Fifteen Asia-Pacific nations are set to sign an enormous free trade deal at an online summit that started Thursday, November 12, with the pact seen as a coup for China in extending its influence across the region.

Once signed, the Regional Comprehensive Economic Partnership (RCEP) will be the world’s largest trade pact in terms of GDP, according to analysts.

The pact, which was first proposed in 2012 and viewed as a Chinese-led rival to a now-defunct US trade initiative, loops in 10 Southeast Asian economies along with China, Japan, South Korea, New Zealand, and Australia.  Read the complete story here.

Myanmar’s military-aligned opposition party on Wednesday, November 11, rejected the results of this week’s election as “unfair” and called for a fresh vote – a demand immediately rebuffed by the election authorities.

Official results are still trickling in, but Aung San Suu Kyi’s ruling party has already declared a landslide victory based on its own tallies from across the country.

The polls are only the second since the country emerged from outright junta rule in 2011.

Hong Kong and Singapore will launch a “travel bubble” on November 22, their governments said Wednesday, November 11, in a rare piece of good news for the pandemic-battered airline and tourism industries.

A quota of 200 residents from each city will be able to travel on one daily flight to the other, Hong Kong commerce minister Edward Yau told a press conference.

Only those who have been in Hong Kong or Singapore for two weeks and tested negative for the coronavirus will be allowed to board, he added. Read the complete story here. 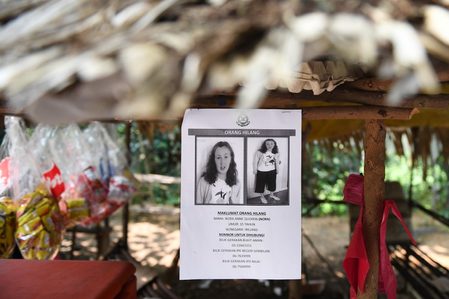 VIETNAM: Prime Minister calls for planting of a billion trees

Prime Minister Nguyễn Xuân Phúc on Tuesday, November 10, told the crowd at the National Assembly Q&A in Hà Nội that he hoped 1 billion more trees could be planted in the country over the next 5 years, Vietnam News reported.

“Although forest coverage has been increasing, it’s still low compared to many other countries,” he said, adding that people caught violating forest protection protocols would be severely punished.

Thai PM urges calm ‘from all sides’ in protests

Thai Premier Prayut Chan-O-Cha urged calm from all sides Tuesday, November 10, as tensions rise between royalist groups and pro-democracy protesters calling for reforms to the monarchy.

Prayut – whose removal from office is one of the movement’s key demands – said Tuesday both sides are entitled to “express their opinions” – as long as it is within the law.

“A confrontation is not the way to solve a problem,” he said after a cabinet meeting.

“I urge all sides to refrain from clashing and from breaking the law so excessively whereby the authorities would have to use every measure to enforce the law.”

SINGAPORE: COVID-19 vaccine may be available by early 2021

SINGAPORE – A report by The Straits Times said Singapore could have a COVID-19 vaccine by early next year. The first shipments of the vaccine co-developed by Singapore researchers are expected in the first quarter.

Singapore’s Economic Development Board (EDB) is pumping in some $45 million (Singapore $60.5 million) into the manufacture of the vaccine, said Arcturus.

The US-ASEAN Business Council congratulated on Tuesday, November 10, former Vice President Joseph Biden and Senator Kamala Harris on their victory in the 2020 US Presidential election. The group pledged to build stronger ties between the United States and Southeast Asia.

The US-ASEAN Business Council is an advocacy organization for US corporations operating within the dynamic Association of Southeast Asian Nations (ASEAN).

The group recalled that when Biden was vice president, the Obama Administration strongly supported engagement with ASEAN. These included President Barack Obama leading American delegations to 7 of the 8 ASEAN Summits during his two terms in office.

The Preah Vihear provincial prosecutor summoned 11 members of Prey Preah Roka Forest Community Network to testify in a series of cases involving fraud and incitement to cause social unrest in connection with a protest for the release of Rong Chhun, the president of the Cambodian Confederation of Unions.

A report by the Phnom Penh Post said the protest took place in early September in Kdol village, in Chheb district’s M’lou Prey I commune.

Het Nay, a representative of the community and one of the 11 summoned to court, told The Post that on September 6, the 11 members gathered in the village before travelling to Phnom Penh to join the protest for the release Rong Chhun. But they never joined the protests in Phnom Penh, Nay said.