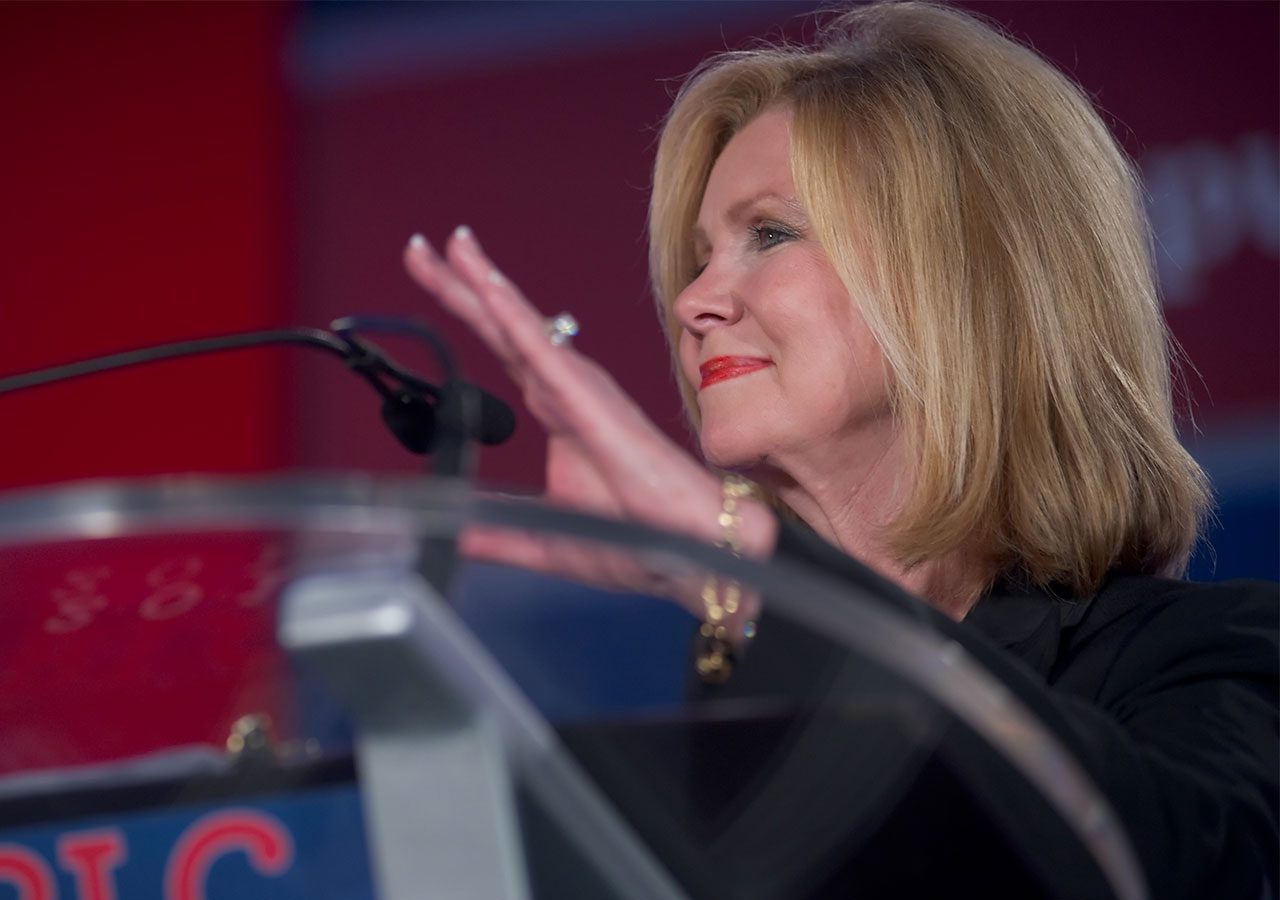 TAIPEI, Taiwan – A US lawmaker on the Senate Commerce and Armed Services committees arrived in Taiwan on Thursday, August 25, on the third visit by a US dignitary this month, defying pressure from Beijing to halt the trips.

Senator Marsha Blackburn arrived in Taiwan’s capital Taipei on board a US military aircraft, live television footage from the downtown Songshan Airport showed. She was welcomed on the airport tarmac by Douglas Hsu, director general of Taiwan’s foreign affairs ministry, Blackburn’s office said.

“Taiwan is our strongest partner in the Indo-Pacific Region. Regular high-level visits to Taipei are long-standing US policy,” Blackburn said in a statement. “I will not be bullied by Communist China into turning my back on the island.”

China, which claims Taiwan as its own territory against the strong objections of the democratically elected government in Taipei, launched military drills near the island after US House of Representatives Speaker Nancy Pelosi visited in early August.

Taiwan’s Foreign Ministry said Blackburn was due to meet President Tsai Ing-wen during her trip, which ends on Saturday, August 27, as well as top security official Wellington Koo and Foreign Minister Joseph Wu.

“The two sides will exchange views extensively on issues such as Taiwan-US security and economic and trade relations,” the ministry added in a brief statement.

Spokesman for China’s embassy in Washington Liu Pengyu vowed that Beijing would take unspecified “resolute countermeasures” in response to what he called the US “provocations.”

“The relevant visit once again proves that the US does not want to see stability across the Taiwan Strait and has spared no effort to stir up confrontation between the two sides and interfere in China’s internal affairs,” Liu said in a statement.

Blackburn, a Republican from Tennessee, earlier voiced support for the trip by Pelosi, a member of US President Joe Biden’s Democratic Party.

Pelosi’s visit infuriated China, which responded with test launches of ballistic missiles over Taipei for the first time, and by cutting some lines of dialogue with Washington.

Pelosi was followed around a week later by a group of five other US lawmakers, with China’s military responding by carrying out more exercises near Taiwan.

The Biden administration has sought to keep tensions between Washington and Beijing, inflamed by the visits, from boiling over into a conflict, reiterating that such congressional trips are routine.

“Members of Congress and elected officials have gone to Taiwan for decades and will continue to do so, and this is in line with our longstanding One China policy,” a White House National Security Council spokesperson said in response to a question about Blackburn’s visit.

The United States has no formal diplomatic relations with Taiwan but is bound by law to provide the island with the means to defend itself.

China has never ruled out using force to bring Taiwan under its control.

Taiwan’s government says the People’s Republic of China has never ruled the island and so has no right to claim it, and that only its 23 million people can decide their future. – Rappler.com