HAMMER AND SICKLE. Women wearing traditional long dress 'ao dai' sit in front of the communist symbol as they look at the posing photos at the National Convention Center, the venue for the upcoming 13th national congress of the ruling Communist Party of Vietnam, in Hanoi, Vietnam January 22, 2021.

Facebook Twitter Copy URL
Copied
One of the last 5 Communist-ruled countries in the world besides China, Cuba, Laos, and North Korea, Vietnam is already eyeing average annual gross domestic product growth of 7.0% over the next 5 years

Vietnam’s ruling Communist Party gathers for its first national congress since 2016 later on Monday, January 25, with a mission to select new leaders and shape policy for the next 5 years.

The event, the 13th congress since the founding of the Communist Party of Vietnam in 1930, will bring 1,600 delegates from across the Southeast Asian country to the capital, Hanoi.

In 9 days of meetings – mostly behind closed doors – delegates will pick a new leadership team aiming to bolster both Vietnam’s ongoing economic success and the legitimacy of the Party’s rule.

Vietnam has seen its economy outstrip much of Asia in the past year, keeping the coronavirus pandemic at bay thanks to stringent quarantine measures, testing, and tracing: it has reported just over 1,500 COVID-19 infections and 35 deaths in total, much fewer than most other countries.

Keeping coronavirus at bay, Vietnam revs up economy to race ahead of rivals 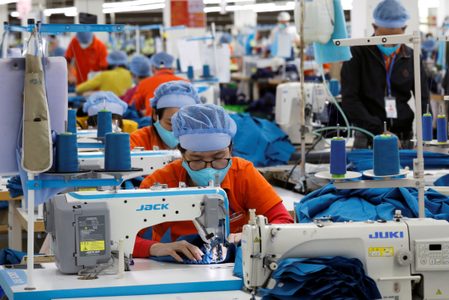 One of the last 5 Communist-ruled countries in the world besides China, Cuba, Laos, and North Korea, Vietnam is already eyeing average annual gross domestic product growth of 7.0% over the next 5 years.

But a new leadership will be faced with the challenge of balancing relations with China and the United States, for which Vietnam has become an important strategic partner, in a world economy that’s become detached from previous certainties.

In the months running up to the meeting there has been intense competition for a limited number of top posts. Vietnam officially has 4 “pillars” of leadership: the Party chief; the state president; the prime minister; and the National Assembly Chair.

While a 2016 power struggle and subsequent crackdown on corruption in government has deepened factional fault lines across Party ranks, most analysts expect continuity in Vietnam’s economic, domestic, and foreign policy-making after the congress.

The main candidates for the new positions to be determined at the congress are all widely known in Hanoi’s political circles, but were officially declared top secret in December to discourage potentially critical debate.