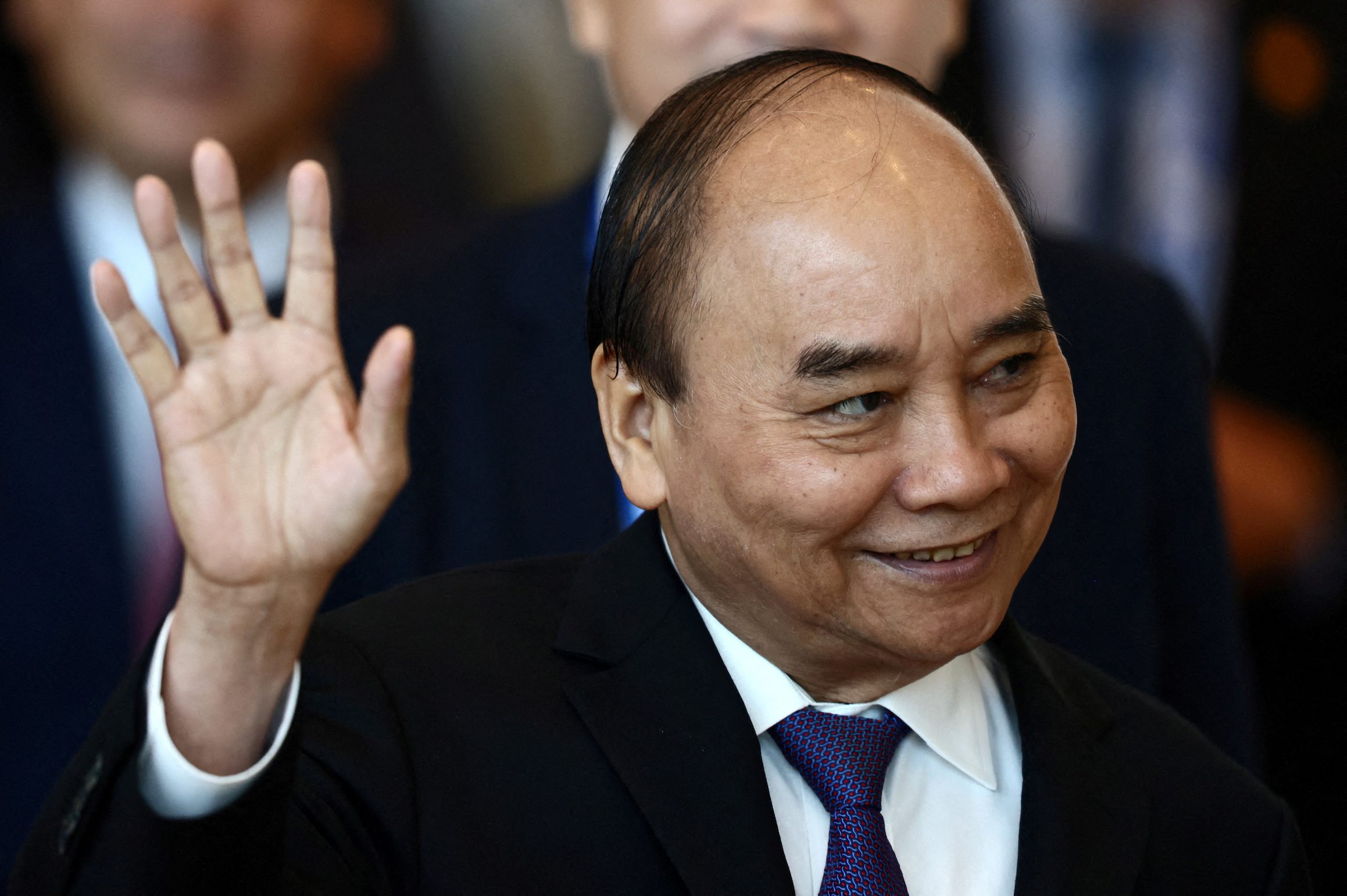 Vice-President Vo Thi Anh Xuan would be acting president, state media said. Sources said a new president is likely to be named at the next meeting of the National Assembly in May.

The Communist Party’s central committee said on Tuesday that Phuc, 68, had submitted his resignation after the ruling Communist Party blamed him for “violations and wrongdoings” by officials under his control while prime minister.

Phuc was ultimately responsible for offences committed by many officials, including two deputy prime ministers and three ministers, when he was prime minister from 2016 to 2021, the central party committee said.

Wednesday’s vote by the rubber-stamp National Assembly is largely a procedural step, after the party’s Central Committee on Tuesday said it accepted Phuc’s resignation.

Some Vietnam-based diplomats and foreign officials said the new developments could cause uncertainty, which may affect foreign investment. Political stability has been a major draw for foreign companies investing in Vietnam. The country is poised to be among the top beneficiaries of global companies’ plans to reduce exposure to China which has been rocked by Beijing’s COVID strategy and trade tensions with the United States.

“The ousted state president was more business-oriented than many in the top levels of government, but his forced departure should not be seen as a shift away from economic liberalisation and openness to foreign investment,” said John Marrett, senior analyst at the Economist Intelligence Unit.

Dominic Scrivens, founder and chairman of investment fund Dragon Capital, said he believed “the height of the anti-corruption (drive) is now behind us”.

A U.S. State Department spokesperson said he was confident “that the positive momentum in our relationship” would continue. The United States is Vietnam’s largest export market.

Phuc, who had held the largely ceremonial post of president since 2021, was also been ousted from the powerful Politburo and from the post of chairman of the national defence and security council.

Vietnam has no paramount ruler and is officially led by four “pillars” – the party’s secretary, the president, prime minister and speaker of the house. – Rappler.com