Patients lie on beds in a hallway in the emergency department of Zhongshan Hospital, amid the coronavirus disease (COVID-19) outbreak in Shanghai, China January 3, 2023.

Facebook Twitter Copy URL
Copied
The WHO invited Chinese scientists to a virtual closed meeting with its technical advisory group on viral evolution, to present data on which variants are circulating in the country

LONDON, United Kingdom – Leading scientists advising the World Health Organization said they wanted a “more realistic picture” about the COVID-19 situation from China’s top experts at a key meeting on Tuesday, January 3, as worries grow about the rapid spread of the virus. 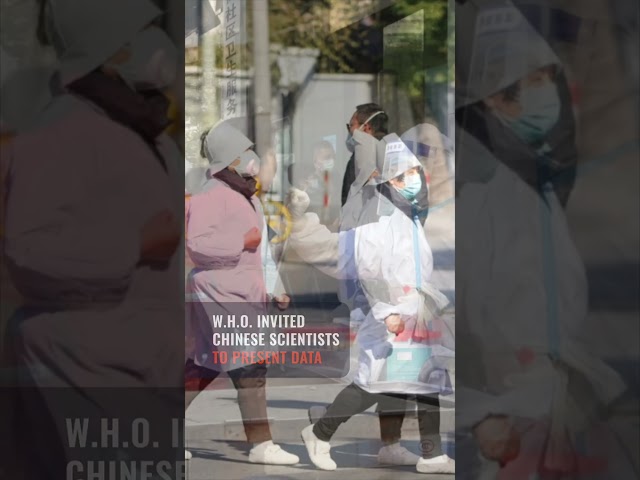 The WHO has invited Chinese scientists to a virtual closed meeting with its technical advisory group on viral evolution on Tuesday, to present data on which variants are circulating in the country. It is not open to the public or media.

“We want to see a more realistic picture of what is actually going on,” said Professor Marion Koopmans, a Dutch virologist who sits on the WHO committee. Speaking to Reuters ahead of the meeting, she said some of the data from China, such as hospitalization numbers, is “not very credible”.

“It is in the interests of China itself to come forward with more reliable information.”

Professor Tulio de Oliveira, a South African scientist who also sits on the committee and whose team has detected a number of new variants, said “of course” it would be good to get more information from China, but this also applies globally.

So far, sequencing data from China provided to the online GISAID hub has shown the variants circulating there are offshoots of Omicron, in line with the dominant variants in the rest of the world.

Koopmans and colleagues expect to discuss similar information at the WHO meeting on Tuesday, with scientists from the Chinese Center for Disease Control and Prevention.

The group meeting is an international committee of experts which has gathered throughout the pandemic, and regularly receives briefings from countries experiencing large waves of infection or new variants.

Koopmans said they have only seen a “tiny fraction” of China’s cases sequenced so far – around 700 – and called for the establishment of a global surveillance network to keep track of SARS-CoV-2. “Right now, what we are getting is very patchy, but that has been the reality in other parts of the world as well,” she said.

Last month, Reuters reported that the WHO had not received data from China on new COVID hospitalizations since Beijing lifted its zero-COVID policy, prompting some health experts to
question whether it might be hiding information on the extent of its outbreak.

De Oliveira criticized the imposition of travel restrictions by several countries on China, something South Africa experienced after alerting the world to the Beta and Omicron variants.

“One thing we should do three years into the pandemic is learn from our mistakes … To encourage a country to share more data, the best way is to support them and not discriminate against them with restrictions curbing travel,” he said.

A WHO spokesperson said that a “detailed discussion” was expected about circulating variants in China, and globally, with Chinese scientists expected to make a presentation. – Rappler.com