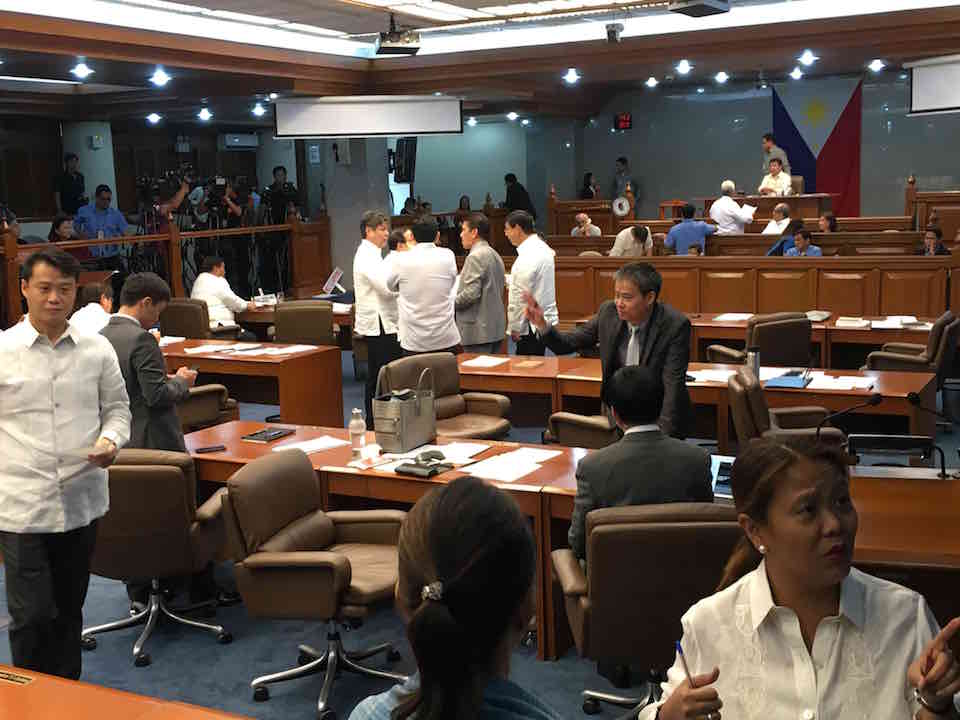 MANILA, Philippines (7th UPDATE) – The Senate, as of February 28 or barely a year since the 17th Congress began, has already undergone 2 reorganizations under Senate President Aquilino Pimentel III.

In September 2016, Senator Leila de Lima was ousted as chairperson of the Senate committee on justice after presenting witness Edgar Matobato, who accused President Rodrigo Duterte of ordering killings when he was mayor of Davao City. She was replaced by Senator Richard Gordon.

On February 27, the chamber again reshuffled its committee chairmanships, after senators voted to remove 4 Liberal Party-allied senators from their key posts and shifted to the minority bloc.

Senator Franklin Drilon was replaced by Senator Ralph Recto as the Senate President Pro-Tempore. Drilon is now the new Senate Minority Leader replacing Recto, as he continues to head the committee on constitutional amendments tasked to hear bills on charter change.

Senator Francis Pangilinan was removed as chairman of the Senate committee on agriculture and replaced by administration Senator Cynthia Villar.

Akbayan’s Senator Risa Hontiveros was ousted as chair of the health committee but still chairs the committee on women, children, family relations, and gender equality.

Here is the list of the committees and their chairpersons, as of February 28, 2017: