Nov 23, 2018 2:58 PM PHT
Agence France-Presse
Facebook Twitter Copy URL
Copied
The identification is being called off because all the recovered remains have been tested 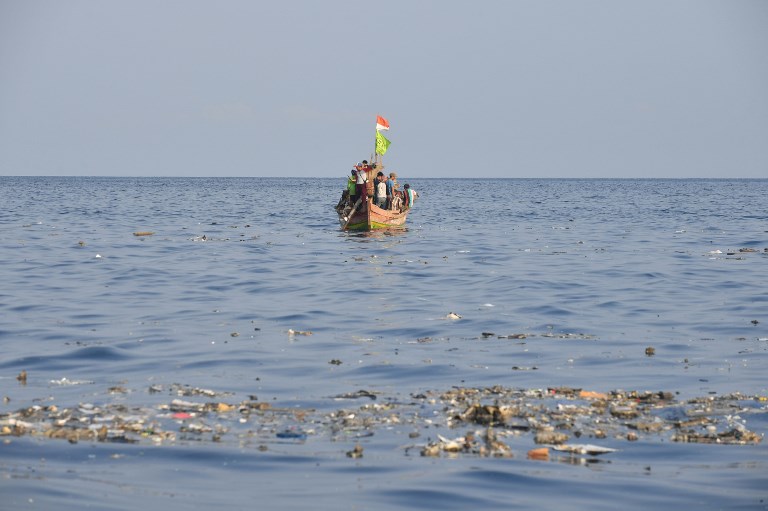 JAKARTA, Indonesia – Indonesia on Friday, November 23, wrapped up the grim task of identifying Lion Air jet crash victims from recovered body parts, with a preliminary report on the cause of the accident that killed 189 people due next week.

The Boeing 737 Max jet – one of the world’s newest and most advanced commercial planes – plunged into the Java Sea on October 29 shortly after taking off from capital Jakarta to Pangkal Pinang city, killing all on board.

Since then, investigators have been doing DNA testing on recovered body parts. As of Friday, 125 people have been identified after testing on human remains that filled some 200 body bags, said Arthur Tampi, head of the national police medical center.

“We have identified 89 men and 36 women, including two foreigners, namely an Italian and an Indian national” who was the flight’s captain, Tampi told reporters in Jakarta.

The identification was being called off because all the recovered remains have been tested, he added.

Budget carrier Lion Air has said it is paying a little over $100,000 in compensation to the families of each crash victim.

The smashed jet’s flight data recorder was recovered but divers are still looking for the cockpit voice recorder.

A formal preliminary report on what might have caused the crash is due Wednesday, November 28.

So far, investigators have said the doomed plane had problems with its air-speed indicator and angle of attack (AOA) sensors prompting Boeing to issue a special bulletin directing operators what to do when they face the same situation.

An AOA sensor provides data about the angle at which wind is passing over the wings and tells pilots how much lift a plane is getting. The information can be critical in preventing the plane from stalling.

Last week, a US airline pilots union, the APA, said that companies and pilots had not been informed by Boeing of certain changes in the aircraft control system.

While Boeing has come under fire for possible glitches in its newest 737 model – released just last year – the accident has also resurrected concerns about Indonesia’s poor air safety record, which until recently saw its carriers facing years-long bans from entering European Union and US airspace. – Rappler.com