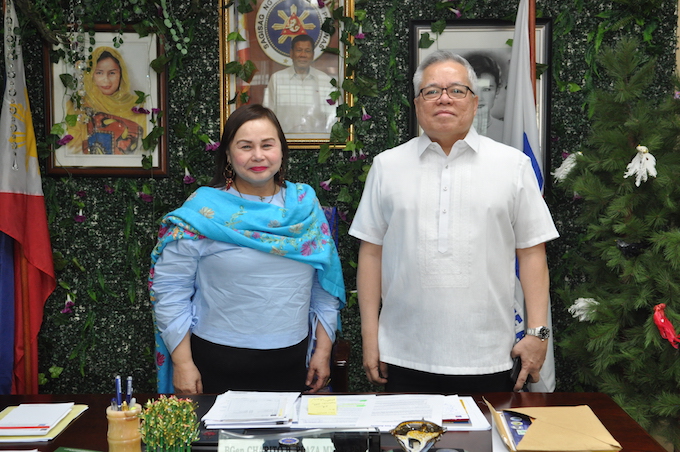 MANILA, Philippines – After episodes of name-calling and tongue-lashing among members of the government’s economic team, the Philippine Economic Zone Authority (PEZA) Board has flip-flopped and now supports the controversial tax package that seeks to rationalize tax incentives.

PEZA Director General Charito Plaza said the agency and the Department of Trade and Industry (DTI) “reached a reconciliation” and agreed to fine-tune the Corporate Income Tax and Incentive Rationalization Act (Citira) bill.

“PEZA is 100% supportive of the Citira bill’s objectives and goals and wants to contribute in its enhancement and final version to ensure that it will remove the fear of existing locators that it’s a major tax revamp, but an enhanced one and it will continuously attract more investors to the country and empower the Filipino-owned companies, the SMEs (small and medium enterprises), the farmers, and every Filipino to become part in fully industrializing the country,” Plaza said on Wednesday, October 9.

PEZA is hoping that its proposed increase of its current gross income earned (GIE) tax regime from 5% to 7% will be considered in Citira, instead of the corporate income tax rate, in order to retain the one-stop shop of PEZA for enhanced ease of doing business in ecozones.

PEZA also wants the following to be included, subject to the Senate’s technical working group review:

PEZA described the meeting with the DTI as “cordial.”

“PEZA wants to end the agony of waiting and uncertainty caused by pending tax reform that has affected new investments and expansion projects of current PEZA-registered industries,” Plaza said.

PEZA and the DOF earlier squabbled over the proposal, with the former insisting that it would drive away foreign investors and cause massive job losses.

Plaza previously insisted that the measure must only be applied to local enterprises. She asked the economic team to exempt foreign investors from it.

She even said in a previous hearing that Trade Secretary Ramon Lopez rarely attends the PEZA Board’s meetings. Lopez is the chairman of the board.

Rumors of Plaza getting the axe from Duterte then spread, as PEZA stood firm on its position.