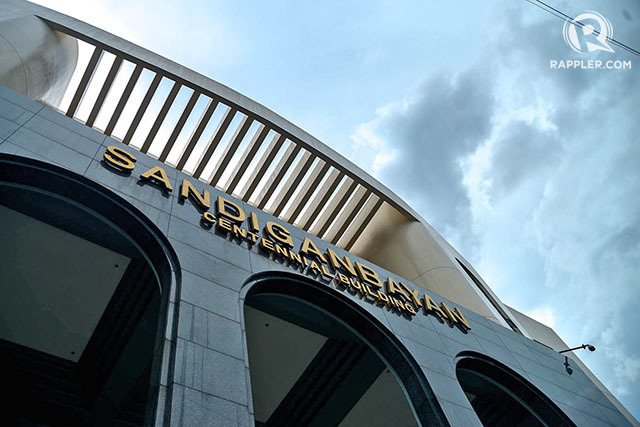 That is the unequivocal ruling of the anti-graft court Sandiganbayan Special 3rd Division in Civil Case No. 0009, ordering that Marcos dummies Manuel Nieto and Jose Africa – or their heirs – return billions to the national treasury plus damages.

The government, in its charges, sought to recover P2.7 billion worth of shares.

“Wherefore, judgment is hereby rendered declaring the shares of defendants Jose Africa and Manuel Nieto in the Eastern Telecommunications Philippines Inc….are ill-gotten wealth of defendant Ferdinand Marcos; hence, should be reverted/reconveyed to the Republic of the Philippines,” said the 3rd Division ruling penned by Presiding Justice Amparo Cabotaje Tang and promulgated December 4, 2019, with concurrences from Associate Justices Bernelito Fernandez and Sarah Jane Fernandez.

Nieto and Africa’s heirs are ordered to reconvey their ETPI shares “including all the stock/cash dividends received/deposited and interests that may have accrued/may still accrue thereto.”

The Sandiganbayan also ordered the reconveyance of P68.167 million worth of Nieto’s ETPI shares which were transferred to ISM Communications Corporation in July 2005.

Heirs of Africa and Nieto are also ordered to pay the government P1 million in exemplary damages.

In a strongly-worded decision, the Sandiganbayan said, “The imposition of exemplary damages is a means by which the State, through its judicial arm, can send the clear and unequivocal signal best expressed in the pithy but immutable phrase, ‘never again.'”

The Presidential Commission on Good Government (PCGG) also wanted to forfeit other assets of Bongbong and Imelda Marcos, Juan Ponce Enrile, as well as Nieto and Africa which they assessed to be beyond their lawful income but not necessarily part of the ETPI shares.

The Sandiganbayan ruled against it, saying, “The Republic’s prayer for the defendants to account to Plaintiff with respect to all legal or beneficial interests in funds, properties, and assets of whatever kind and wherever located in excess of the lawful earnings or lawful income from legitimately acquired property has no basis.”

Although it dismissed cases against the Marcoses in that aspect, in no way did the Sandiganbayan clear the couple in this case, saying that the former dictator “betrayed public trust.”

“Defendant Marcos, then the highest elected public officer of the Republic, betrayed the trust reposed on him by the Filipino people when he resorted to this insidious scheme,” the ruling said.

Court records show that Marcos “taking advantage of his powers as President…embarked upon a systematic plan to accumulate ill-gotten wealth” using ETPI.

The scheme entailed Nieto and Africa getting shares in state-controlled telecommunication companies, and entering those into “highly unconscionable terms and conditions” to purchase major shares of ETPI.

The modus ensured “effective control of the ETPI and advancing defendants’ scheme to monopolize the telecommunications industry.”

This win by the PCGG follows after a series of multi-billion peso losses in the list of Marcos cases.

This year alone, the PCGG has lost 3 civil cases against the Marcoses before the Sandiganbayan:

Imelda Marcos has no more criminal cases before the anti-graft court.

With this latest win, a total of 23 civil and forfeiture cases against Imelda Marcos have been dismissed, while at least 19 are pending and one archived at the Sandiganbayan. (READ: What’s the latest on cases vs Imelda Marcos, family?) – Rappler.com