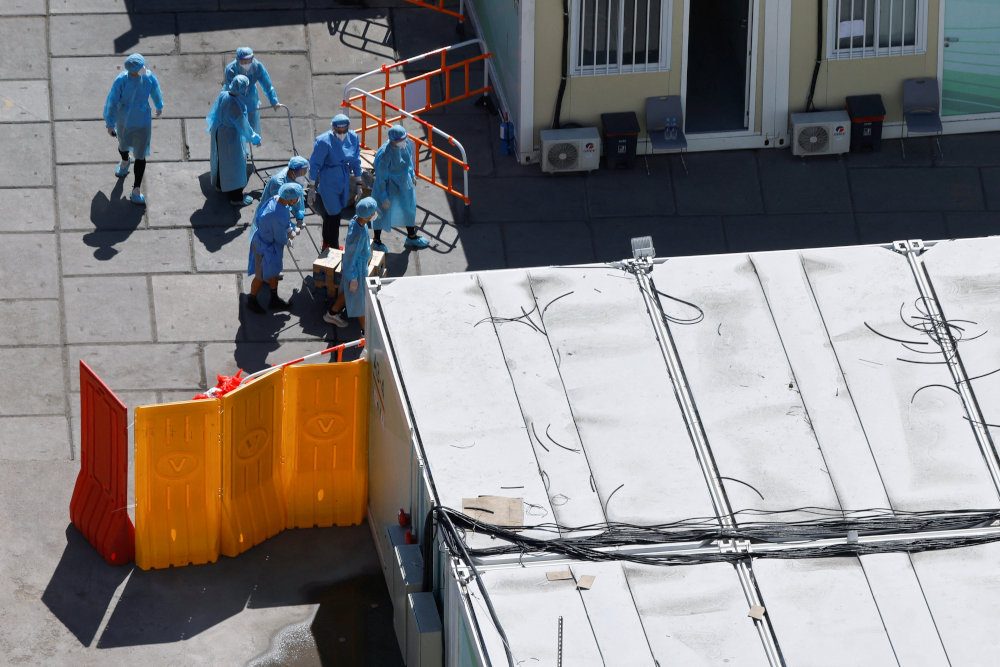 Liang Wannian from China’s National Health Commission, who is in Hong Kong to coordinate efforts to battle a growing outbreak, said the mass testing needed to be done at the right time with all details carefully arranged, the official Xinhua news agency said.

“Reducing infection, severe cases, and deaths is Hong Kong’s most urgent and top priority at the current stage,” it quoted him as saying. “After we achieve the first target, we will then move on to the second and third goals.”

Dynamic zero does not mean zero infections with COVID transmissions so strong, Liang said. However the city should do its best to reduce infections and take measures to cut off further transmissions.

Liang’s comments come as infections in the Asian financial hub have surged to record highs with a total of around 500,000 cases and more than 2,200 deaths – most of which have been in the past two weeks.

Authorities have given contradictory and confusing messages about a compulsory mass testing scheme and whether it would coincide with a city-wide lockdown.

Food prices in the city have shot up and supermarket shelves have been emptied every day for a week as anxious residents’ stock up, worried about a potential lockdown.

Hong Kong is expected to report tens of thousands of new coronavirus infections on Tuesday after the launch of a self reporting website on Monday night where people can register if they are infected with the coronavirus.

After registering on the government’s website, authorities will try and admit people to isolation facilities if their homes are too crowded, officials said. – Rappler.com