Putin’s past actions point to his sharpening authoritarianism 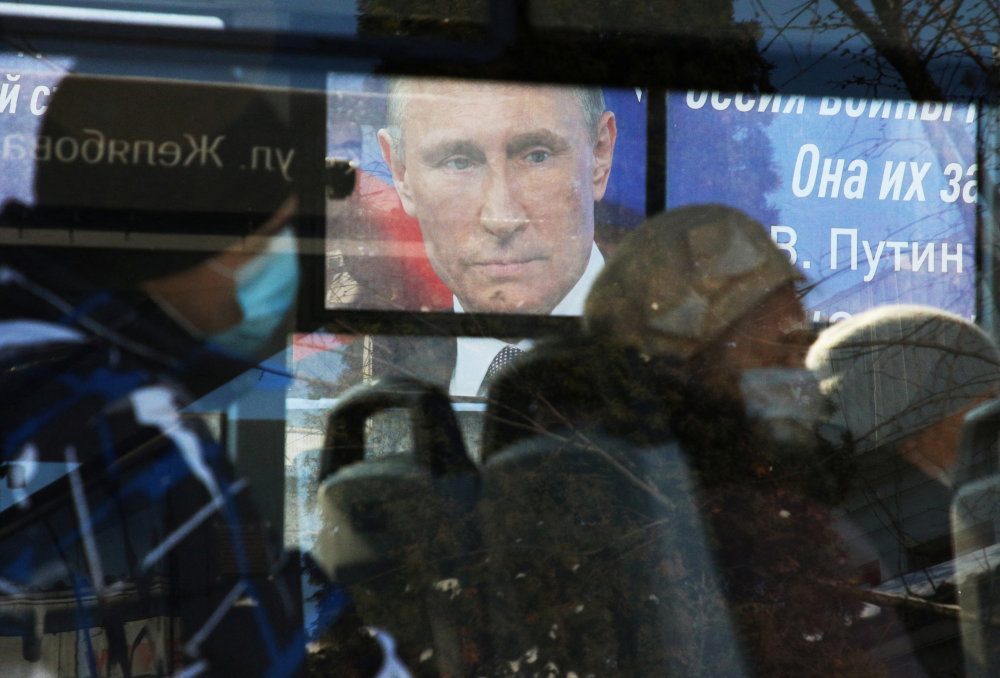 PUTIN. A board with the portrait of Russian President Vladimir Putin is seen through a bus window in Simferopol, Crimea March 11, 2022.

Was the Russian invasion of Ukraine a foreseeable event that could have been predicted by Vladimir Putin’s past actions, a war plan that gestated in his head for years?

Or is it a terrible break with that past, the result of Putin’s separation from reality during two years of pandemic isolation?

Analysts, politicians, security and military experts are arguing over it now.

“I wouldn’t want to slip into that temptation to look back and say, ‘We’ve missed something that was obvious all the way along.’ It wasn’t obvious,” said Ben Noble, Russian politics professor at University College London and co-author of ​​”Navalny: Putin’s Nemesis, Russia’s Future?”

“And that’s the reason why lots of people are shocked, not only internationally, but also domestically, including members of the political and the economic elite in Russia.”

“One of the constant features of Putin’s state leadership has been that he likes to make things unclear and to have multiple options. And in hindsight, he looks like a master chess player that had this planned all along,” she said. “I don’t think that’s usually true. I think he’s a pragmatist. So he gives himself multiple options. It keeps people guessing. And then he kind of responds to situations as they occur.”

It’s impossible to read Putin’s mind. But Chatterje-Doody, Noble and other political scientists, journalists and writers, who have closely studied the country’s politics, identify political forces in Russia that the Putin government has harnessed to build the authoritarian state we see today. Here’s the breakdown.

Why is Putin claiming there are powerful Nazis in Ukraine?

“It’s often misunderstood in the West, especially that Russia never reckoned with its totalitarian past, with mass repressions in the thirties under Stalin, basically a genocide of its own people,” said Olga Khvostunova, a Russian journalist and a researcher at the Institute of Modern Russia, in New York City.

Instead, Putin began emphasizing that Russia is a descendant of the powerful Soviet Union, the regime that saved the world from Nazism and crafted his rhetoric around it, especially during periods when he suffered from political unpopularity, said Khvostunova.

Instead of offering a unifying vision of the future that could lead to better post-Soviet Russia, Putin recycled the past. “What he offered as a unifying platform for the Russians was the vision of the past, which is, by the way, a very significant part of the fascist ideology — the great past that we need to restore,” said Khvostunova.

Putin’s campaign focused on glorifying the Soviet regime’s victory of Nazism, but distorted or minimized the history of mass repressions and massacres.

“It’s basically the idea that Soviet soldiers paid for world freedom from Nazis and with their own blood, and this is used as a kind of constant refrain. It’s like a key feature of contemporary Russian national identity,” said Chatterje-Doody.

Deflecting contemporary events onto World War II tropes also has been a key part of Putin’s narrative around the Ukraine invasion. Like most effective political propaganda, it has resonated at times because it contains a grain of truth. In the 2014 pro-democracy protests in Kyiv that ousted a pro-Russian president and in the subsequent war in the eastern Donbas region, military units aligned with neo-Nazism, like the Azov Battalion, were a part of Ukraine’s National Guard. In the 2019 elections, Ukraine’s far-right couldn’t even gather enough votes to enter parliament, and a Jewish comedian was elected president in a landslide victory.

“What better way to weave doubt about the prevailing narrative in the West than to pick genuinely true bits of information and make them seem more significant than they are,” said Chatterje-Doody.

Strengthening the state against foreign interference

Since 2012, Russia has a law that allows the government to label NGOs and individuals receiving funds from abroad as “foreign agents,” subjecting them to reporting their every purchase at stores.

Informing this legislation is a foreign interference narrative that holds outside powers responsible for destabilizing the country.

But it is in the last couple of years that the law has been applied much more aggressively against journalists and independent Russian newsrooms like Meduza, TV Rain and Mediazona.

Noble said the underlying message to the Russian populace is a powerful one. “You are not a critical independent journalist pointing out real problems in the country. You are creating false narratives and you are being paid and supported by people in the West. And the goal, your goal and those of your paymasters, the puppeteers, is to undermine the country.” 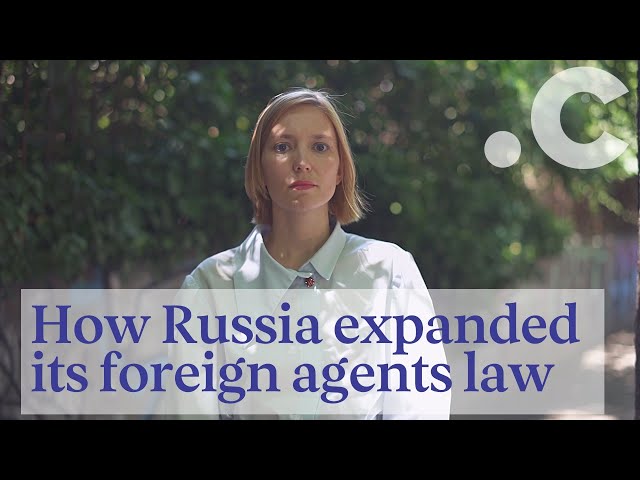 The government’s repressive turn crystallized in campaigns against the LGBTQ community, portraying them as liberals out to destroy “traditional family values.” In 2013, Putin criminalized “propaganda of nontraditional sexual relations.”

Putin’s “anti-wokeness” ramped up support among right-wing and conservative politicians and influencers internationally. Russia has become the important power behind the World Congress of Families — a network of right-wing Christians opposing same-sex marriage and abortion. Putin has strong ties with far-right European politicians including Marine Le Pen, of the National Rally party in France, former Italian deputy prime minister and leader of Italian far-right League party Matteo Salvini, and Milos Zeman, the president of Czech Republic.

“It’s quite a savvy, communicative strategy in a lot of ways because this anti-political correctness or anti-wokeness movement is actually gaining a lot of ground in the West, especially online,“ Chatterje-Doody said. “And when you look at how the Russian regime tries to use the online environment – sowing seeds of dissent by using particular small facts and weaving them into something bigger – this is a really big social debate it can get involved in.”

Understanding the arc of Putin’s thinking provides some clarity on current events, according to Sam Greene, the director of the Russia Institute at King’s College London.

“It is about understanding how it is that Vladimir Putin came to be in a position where this war makes sense to him — it doesn’t make sense to anybody else but it makes sense to him,” Greene said. “It also helps explain why it’s so difficult for ordinary Russians, who don’t like the war, to do anything about it.” – Rappler.com

Mariam Kiparoidze is a reporter/producer at Coda Story.