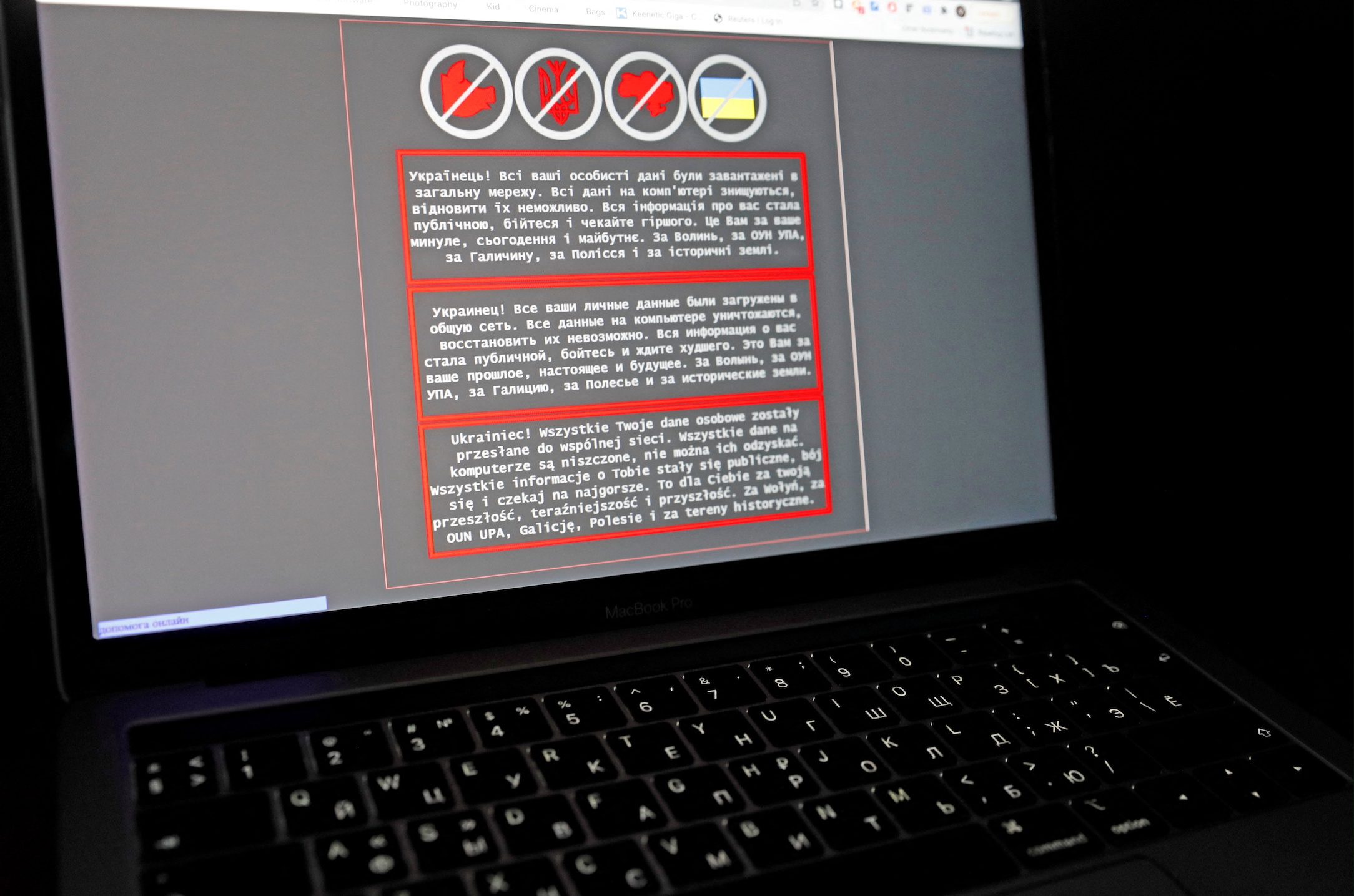 FILE PHOTO: A laptop screen displays a warning message in Ukrainian, Russian and Polish, that appeared on the official website of the Ukrainian Foreign Ministry after a massive cyberattack, in this illustration taken January 14, 2022. REUTERS/Valentyn Ogirenko/Illustration/File Photo

“While the NCSC is not aware of any current specific threats to UK organisations in relation to events in and around Ukraine, there has been an historical pattern of cyber attacks on Ukraine with international consequences,” it said in a statement.

Last week, Ukranian banking and government websites were briefly knocked offline by a spate of distributed denial of service (DDoS) attacks which the United States and Britain said were carried out by Russian military hackers.

In response to a request from Ukraine on Monday, Lithuania, Netherlands, Poland, Estonia, Romania, Croatia will send the team of experts they set up earlier to help other EU countries, institutions and partners to cope with cyber threats, Deputy Defence Minister Margiris Abukevicius said. – Rappler.com