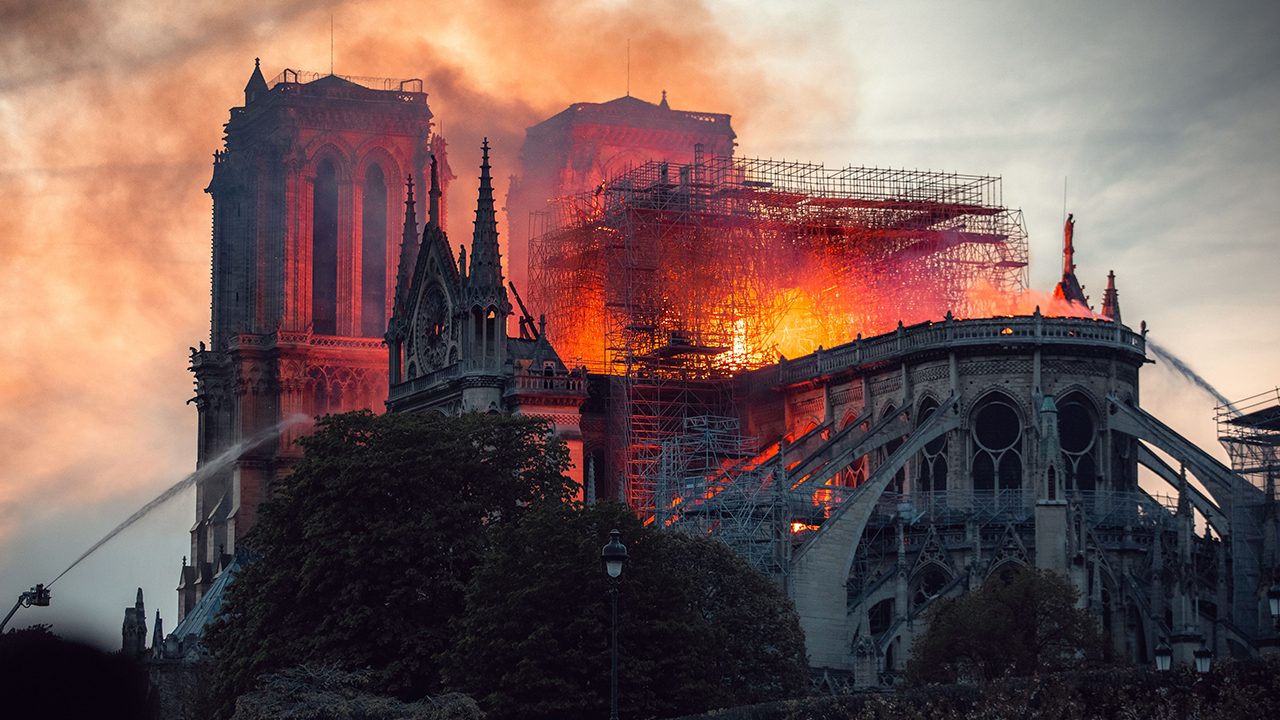 Hundreds of Catholic worshippers gathered for prayer and song outside Notre-Dame cathedral in Paris on Good Friday – three years to the day after its roof was destroyed in a massive blaze.

Notre-Dame has been closed for restoration since the fire in 2019 gutted its roof and sent its spire crashing down, to the horror of the nation and tourist onlookers.

A few hundred people gathered on Friday, April 15, on the Ile de la Cite, in the middle of the river Seine, to listen to a sermon under the shadow of a crane and scaffolding that has cloaked the 12th-century church since the blaze.

“We believe that You are here with us, by our side, to return peace to us in the heart of the storm,” the cathedral’s rector Patrick Chauvet said in the square outside the famous landmark.

Chauvet led the service along with Archbishop Georges Pontier, who is temporarily heading the archdiocese of Paris after Michel Aupetit resigned late last year.

President Emmanuel Macron has pledged to reopen the church to worshippers by 2024, when Paris will host the Olympic Games.

Macron is scheduled to make a short break in his presidential campaign later on Friday to visit the restoration site, while another service is set to take place on the square outside the cathedral on Easter Sunday. – Rappler.com