At least 2 dead after blast wrecks building in central Madrid 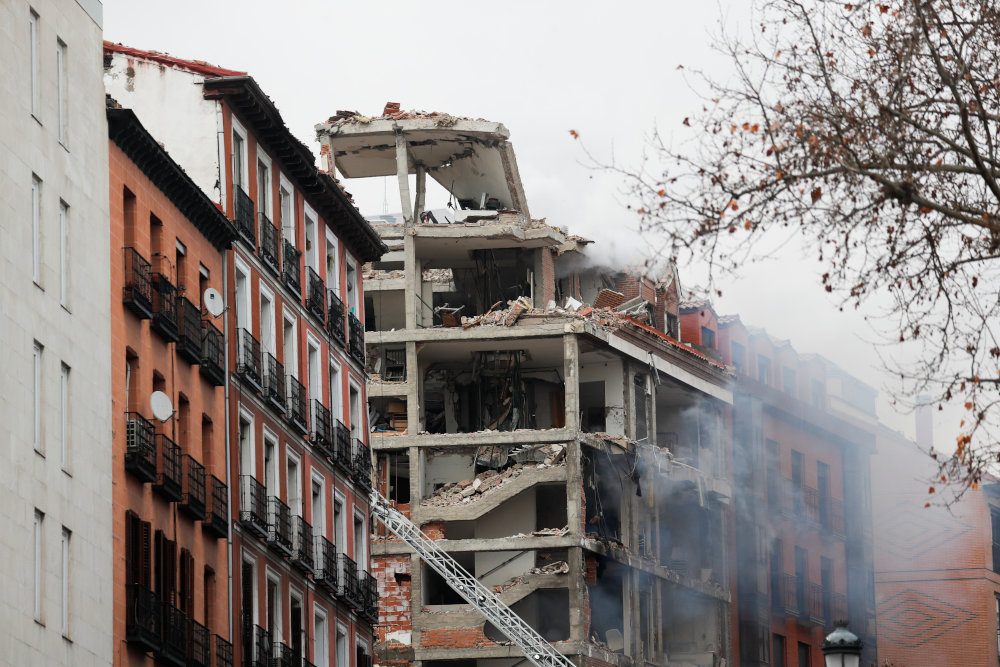 MADRID BUILDING COLLAPSE. Smoke rises from a damaged building after an explosion in downtown Madrid, Spain on January 20, 2021.

At least two people died and 8 were injured on Wednesday, January 20, when a building in central Madrid belonging to the Catholic Church was blown apart by an explosion, local authorities said.

One of the injured was in serious condition and transferred to hospital.

A Church official said one church volunteer was missing.

Initial investigations suggested that the blast in Calle Toledo, a street leading out from the city centre, had been caused by a gas leak, Mayor Jose Luis Martinez-Almeida said.

Smoke billowed out of the partly collapsed building and rescue workers evacuated elderly people from a nearby nursing home.

The top 5 floors were totally destroyed, with walls blown out, while the bottom two floors were still mostly intact, but charred in places from the flames.

The building was a complex that provided residential training for priests and also gave meals to homeless people, a neighbor said. – Rappler.com