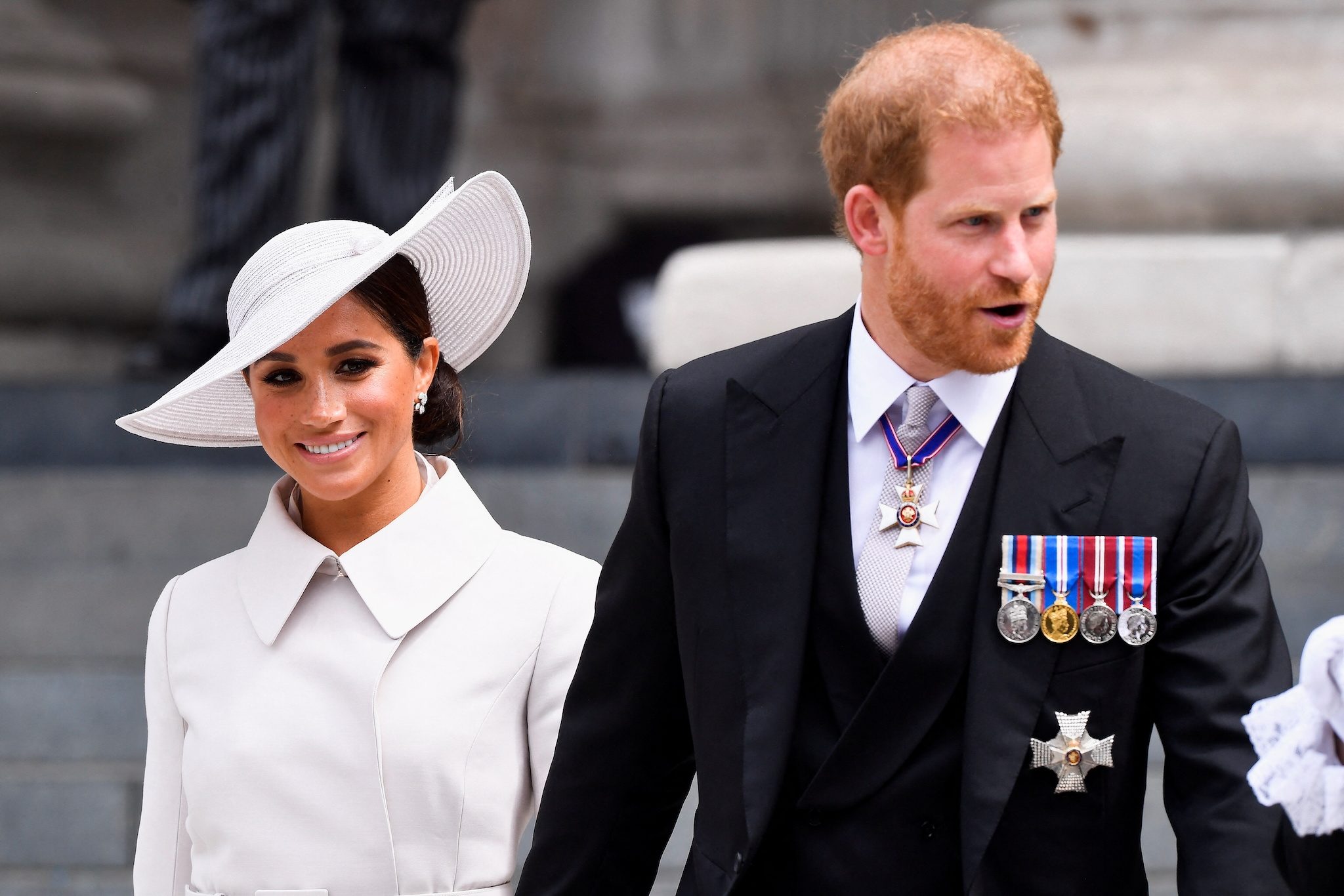 Facebook Twitter Copy URL
Copied
There are loud cheers and some boos as Prince Harry and his wife Meghan arrive at the cathedral, while the eyes of the congregation are fixed on them as they walk to their seats

LONDON, UK – Prince Harry and his wife Meghan were greeted with cheers and some jeers as they joined the royal family at a thanksgiving service on Friday, June 3, for Queen Elizabeth, their first public appearance together in Britain since quitting royal duties

Harry, 37, and Meghan, 40, the Duke and Duchess of Sussex, joined other senior royals at the service at London’s St Paul’s Cathedral, the latest event in Platinum Jubilee celebrations marking the queen’s 70 years on the throne.

The couple moved to the United States two years ago to lead a more independent life, and live in a mansion in California with their two young children Archie and daughter Lilibet, who was named after Queen Elizabeth, her great-grandmother. Harry and Meghan have become divisive figures in Britain, with some Britons and many media outlets pouring scorn on their move and their commercial activities, such as striking a deal with global streaming service Netflix, though others regard them as a breath of fresh air for the tradition-bound monarchy.

There were loud cheers and some boos as they arrived at the cathedral on Friday, while the eyes of the congregation were fixed on them as they walked to their seats.

The couple, who had said they were “excited and honoured” to attend the Platinum Jubilee events, made headlines with a bombshell Oprah Winfrey interview in March last year when Meghan, who is biracial, accused an unnamed royal of racism and Harry said his family had cut them off financially.

Their relationship with the other royals has been frosty since then, most notably with Harry’s elder brother Prince William. Harry’s criticisms of his family have continued since the Oprah interview and there was no obvious interaction between the brothers at Friday’s service.

Harry has been embroiled in a legal dispute with the British government, which will not allow him to pay for police
protection when he is in Britain. Although he returned to Britain in April last year for the funeral of his grandfather
Prince Philip, the queen’s husband, he did not attend a recent memorial service because of the security issue.

However, the couple met the queen at Windsor Castle in April on their first private trip to Britain since quitting royal duties. A palace source has said Harry, Meghan and his children remained “much loved members of the family”.

Media reports suggested the 96-year-old queen, who missed Friday’s service due to her ongoing mobility issues, had finally met Lilibet for the first time on Thursday, though a palace source described this as complete speculation.

Harry said he had stepped back from his royal duties because the “toxic” British press had been destroying his mental health, and he and Meghan, who have successfully sued one tabloid and refuse to engage with others, have become figures of ridicule and scorn for many newspapers.

A YouGov poll this week suggested the couple’s popularity with the public had hit a new low, with Harry having a net
favorability score of -26 and Meghan -42.

Only Prince Andrew, who in February paid to settle a US lawsuit in which he was accused of sexually abusing an underage girl, had a lower score among the royals.

But gathered outside St Paul’s, some royal fans said seeing the couple would be a highlight.

“It’s nice to see people of color because it shows more diversity and I think that’s something that will help make the world a better place,” said Bella Bigord, 13. 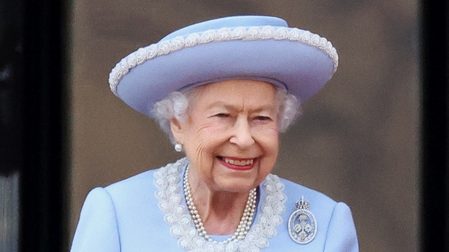