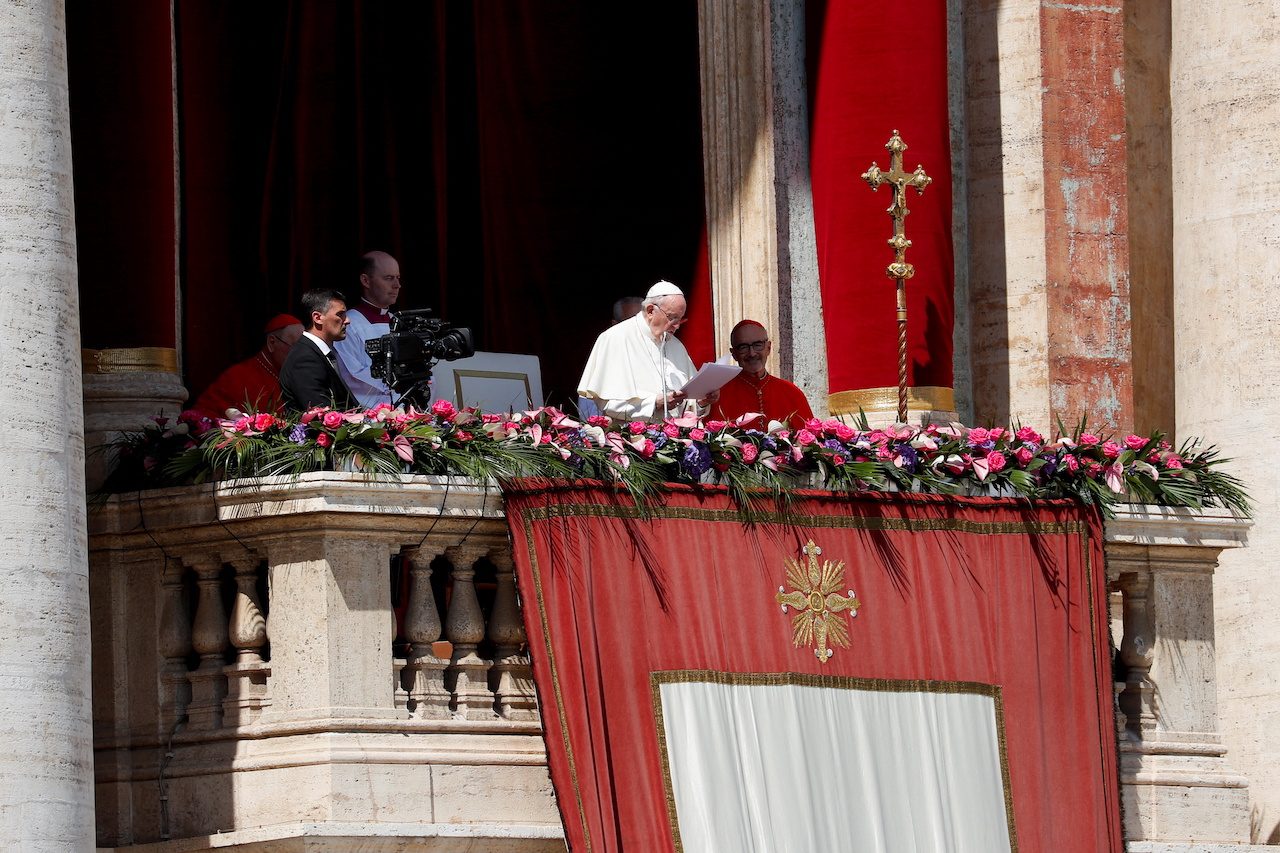 EASTER MESSAGE. Pope Francis reads his 'Urbi et Orbi' ('To the City and the World') message from the balcony overlooking St. Peter's Square, on Easter Sunday, at the Vatican, April 17, 2022.

Facebook Twitter Copy URL
Copied
'Let there be a decision for peace. May there be an end to the flexing of muscles while people are suffering,' says the Pope

VATICAN CITY – Pope Francis, marking an “Easter of war” on Sunday, April 17, urged leaders to hear the people’s plea for peace in Ukraine and implicitly criticized Russia for dragging the country into a “cruel and senseless” conflict.

The 85-year-old pope made his comments in his twice-yearly “Urbi et Orbi” (to the city and the world) address to about 50,000 people in St. Peter’s Square after a long Mass. It was the first Easter since 2019 that the public was allowed to attend following two years of COVID-19 restrictions.

Francis dedicated much of the address, traditionally an overview of world conflicts, to Ukraine, comparing the shock of another war in Europe to the shock apostles who the gospel says saw the risen Jesus.

“Our eyes, too, are incredulous on this Easter of war. We have seen all too much blood, all too much violence. Our hearts, too, have been filled with fear and anguish, as so many of our brothers and sisters have had to lock themselves away in order to be safe from bombing,” he said.

Ukraine, he said, was “sorely tried by the violence and destruction of the cruel and senseless war into which it was dragged.” 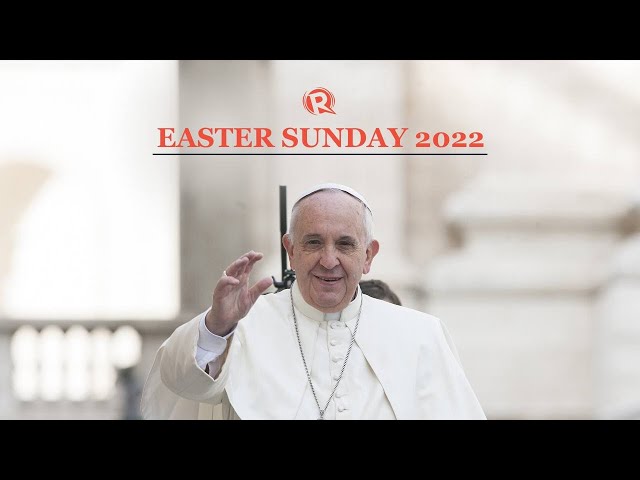 Moscow describes the action it launched on February 24 a “special military operation.” Francis has already rejected that terminology, calling it a war and previously using terms such as unjustified aggression and invasion.

“Let there be a decision for peace. May there be an end to the flexing of muscles while people are suffering,” Francis said on Sunday, going on to thank those who had taken in refugees from Ukraine, most of whom have gone to Poland.

Shout ‘peace’ from the streets

Francis, who suffers from leg pain, held up well during the long Mass and then toured the crowd in the square and a nearby street while sitting in an open white popemobile.

Later, he read most of the “Urbi et Orbi” address from the balcony sitting down, standing only at the start and for the final blessing.

On Saturday night, he attended but did not preside at an Easter vigil service, apparently to rest up for Sunday, the most important day in the Christian liturgical calendar.

“Please, let us not get used to war!” Francis said, looking down on the square bedecked by tens of thousands of flowers donated by the Netherlands. “Let us all commit ourselves to imploring peace, from our balconies and in our streets! May the leaders of nations hear people’s plea for peace.”

“I hold in my heart all the many Ukrainian victims, the millions of refugees and internally displaced persons, the divided families, the elderly left to themselves, the lives broken and the cities razed to the ground,” he said.

He called for reconciliation among Israelis and Palestinians ad among the people of Lebanon, Syria, Iraq, Libya, Myanmar, and the Democratic Republic of Congo, which he is due to visit in July. – Rappler.com