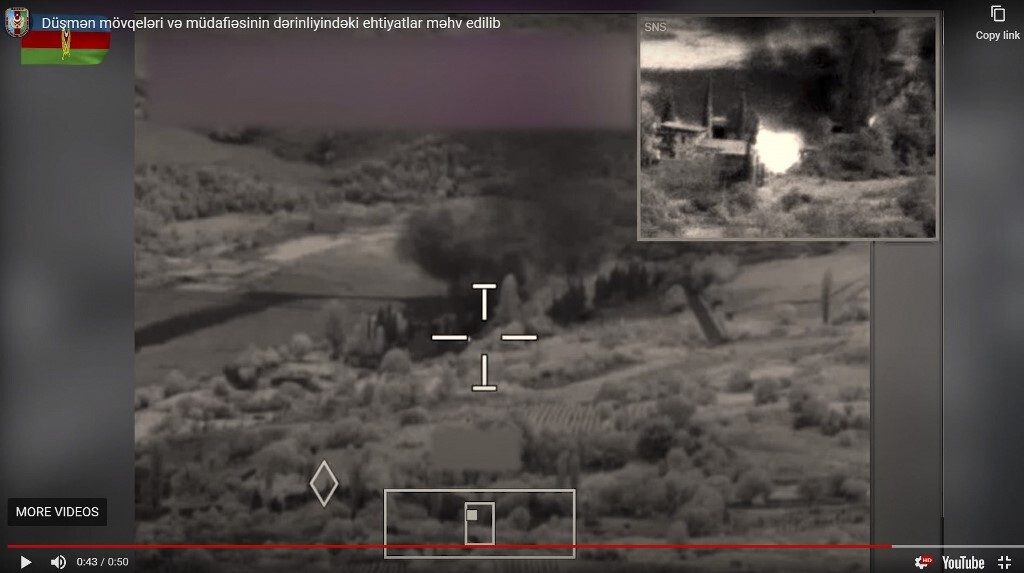 Facebook Twitter Copy URL
Copied
The fighting between the arch-foes in the South Caucasus since Sunday, July 12, has been the heaviest in years

At least 9 soldiers were killed Tuesday, July 14, as fighting broke out between Azerbaijan and Armenia for a third day despite international calls for restraint.

The fighting between the arch-foes in the South Caucasus since Sunday, July 12, has been the heaviest in years, raising fears of a major flare-up in the volatile region.

Azerbaijan said 7 of its soldiers had died on Tuesday, including two senior officers, while Armenia said two of its troops had been killed, its first reported casualties in the clashes.

The ex-Soviet republics have been locked in a simmering conflict for decades over Azerbaijan’s southwestern separatist region of Nagorny Karabakh, which was seized by ethnic Armenian separatists in a 1990s war that claimed 30,000 lives.

Fighting outside the region is rare, but since Sunday the two sides have reported clashes in northern areas along their shared border.

Azerbaijan’s defense ministry said Armenian forces had attacked its positions in the northern Tovuz region with artillery fire, mortars and large-calibre machine guns on Tuesday. It said several villages in the area had also come under fire.

Deputy Defense Minister Karim Valiyev told state television that a major general, a colonel and 5 other servicemen had “heroically died in action” on Tuesday.

That brings the total number of number of Azerbaijani soldiers killed since Sunday to 11.

The Azerbaijani foreign ministry also said that one civilian was killed in an artillery strike on a village in Tovuz region.

Armenia accused Azerbaijani forces of opening fire again on the northeastern section of the border in its Tavush province, with defense ministry spokesman Sushan Stepanyan saying a major and a captain had been killed.

The Armenian foreign ministry also accused Azerbaijan of using drones to attack civilian sites in the town of Berd in Tavush.

“This aggression against the security of the civilian population of Armenia will receive a proportionate response, for which the Azerbaijani side bears full responsibility,” foreign ministry spokeswoman Anna Naghdalyan said in a statement.

The fighting on the northern border – hundreds of kilometers from Nagorny Karabakh – has prompted calls for calm from the United States, European Union and Russia, while Azerbaijan’s ally Turkey expressed support for Baku.

“We are deeply concerned about the exchange of fire on the Armenian-Azerbaijani border,” Kremlin spokesman Dmitry Peskov told reporters after the latest clashes on Tuesday, calling on “both sides to show restraint”.

Mediated by the “Minsk Group” of diplomats from France, Russia and the United States, talks on the Karabakh conflict have been largely stalled since a 1994 ceasefire deal.

Armenia, which has close political and military ties with Russia, controls the disputed region and has vowed to crush any attempt to take it back.

But energy-rich Azerbaijan, whose military spending exceeds Armenia’s entire state budget, has repeatedly threatened to restore its control over the territory by force.