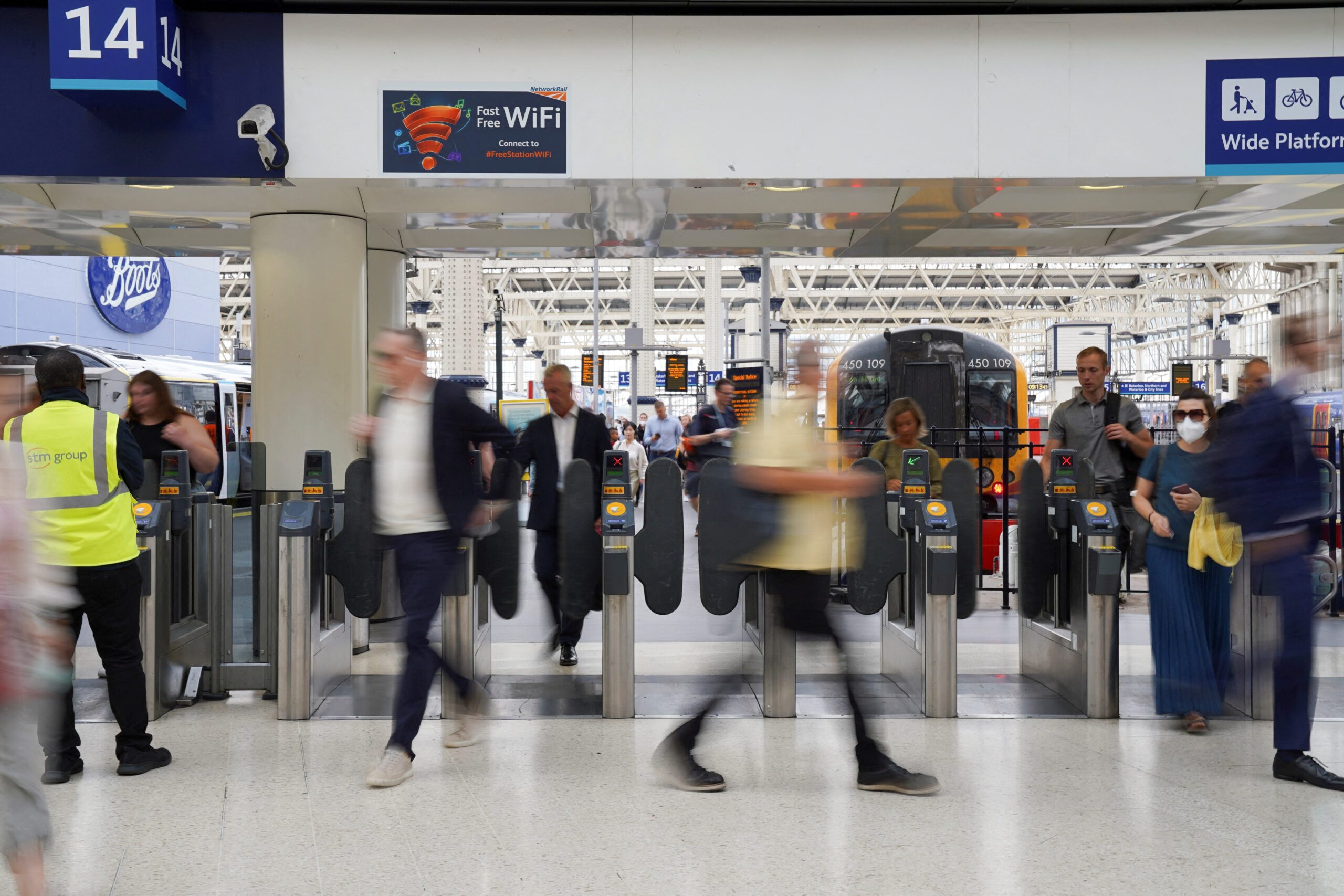 BRITISH RAILWAYS. People walk at the Waterloo station, during a rail strike in London, Britain July 27, 2022.

Facebook Twitter Copy URL
Copied
More than 50,000 rail workers are walking out for 24 hours on Saturday, October 1, over pay and job security

LONDON, England – Britain faces its largest rail strike in decades on Saturday, October 1, as tens of thousands of workers across three trade unions walk out in disputes over pay and job security, shutting down most of the nation’s railway network.

The strikes are the latest in a year marked by widespread labor unrest in Britain, involving everyone from transport and postal workers to lawyers, as the rising cost of living and rocketing energy bills outpace pay rises.

With inflation hovering around 40-year highs of nearly 10%, labour unions say pay offers for their workers amount to a pay cut in real terms.

“We’ve not got offers from any of the companies that will break this deadlock,” Mick Lynch, general secretary of the RMT union told broadcaster ITV on Friday.

“All of these companies are extracting profit from the railway right now, massive profits, but they’re asking our members to give up their wages and give up their jobs.”

A total of more than 50,000 rail workers represented by the RMT, ASLEF and TSSA unions are walking out on Saturday for 24 hours in a strike that will affect 14 train operators as well as Network Rail, which owns and maintains train infrastructure.

Network Rail has called the strikes “unnecessary and damaging,” saying its latest offer was an 8% pay rise over two years with benefits.

It has said only around 11% of train services will operate on Saturday, and in some parts of the country there will be no trains at all.

The strike action will hamper travel to the governing Conservative Party’s annual conference in Birmingham, due to begin on Sunday, with no trains running in or out of the central English city on Saturday.

The industrial action on the railways coincides with walkouts by 115,000 postal workers over two days and dozens of protests nationwide in support of striking workers organised by a campaign called “Enough is Enough,” that has the backing of several unions and opposition Labour Party lawmakers.

It follows similar rail strikes over several days in June, July, and August, with further action planned on October 5 and 8.

Organizers for the London Marathon, taking place on Sunday, advised people coming to the British capital for the event to travel on Friday where possible. – Rappler.com