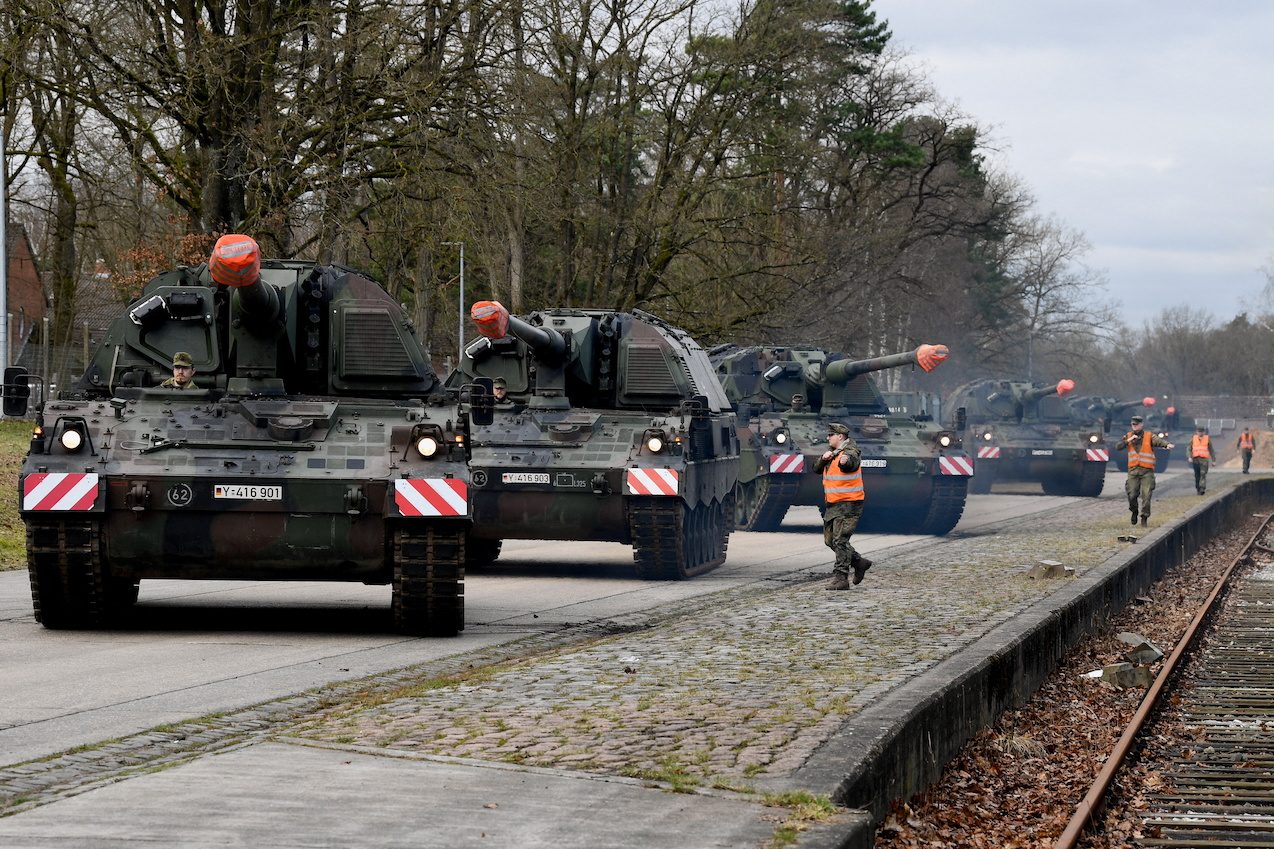 Howitzers of the German armed forces Bundeswehr are seen before being loaded to Lithuania at the Bundeswehr military base in Munster, Germany, February 14, 2022. REUTERS/Fabian Bimmer

Facebook Twitter Copy URL
Copied
Aside from Germany, the NATO battlegroups in the region are led by Canada, the United Kingdom, and the United States

KAUNAS AIRPORT, Lithuania – A German military aircraft carrying troop reinforcements landed at Lithuania’s Kaunas airport on Monday, February 14, a Reuters eyewitness said, the first of several planned deployments amid fears in the region over a possible Russian invasion of Ukraine.

The A400M airplane carried around 70 troops of what is expected to grow to a 360-strong German deployment, which comes on top of existing NATO forces in the region, a spokesperson for the alliance’s enhanced forward presence battlegroup said.

The new deployments include artillery, reconnaissance troops and medics from units throughout Germany, with arrivals expected to continue throughout this week. German Chancellor Olaf Scholz is due to arrive in Kyiv on Monday to meet with Ukrainian President Volodymyr Zelenskiy in a bid to show solidarity and help avert war. On Tuesday, Scholz will fly to Moscow to meet Russian President Vladimir Putin.

Since 2017, NATO has deployed battlegroups in Lithuania, Latvia, Estonia, and Poland, in response to Russia annexing the Crimea peninsula from Ukraine in 2014.

Totalling 5,000 soldiers, the battlegroups are led by Germany, Canada, the United Kingdom and the United States.

German soldiers make up about half of the 1,100 troop-strong battlegroup already present in Lithuania, which also includes troops from Belgium, Czechia, Luxembourg, the Netherlands and Norway. – Rappler.com