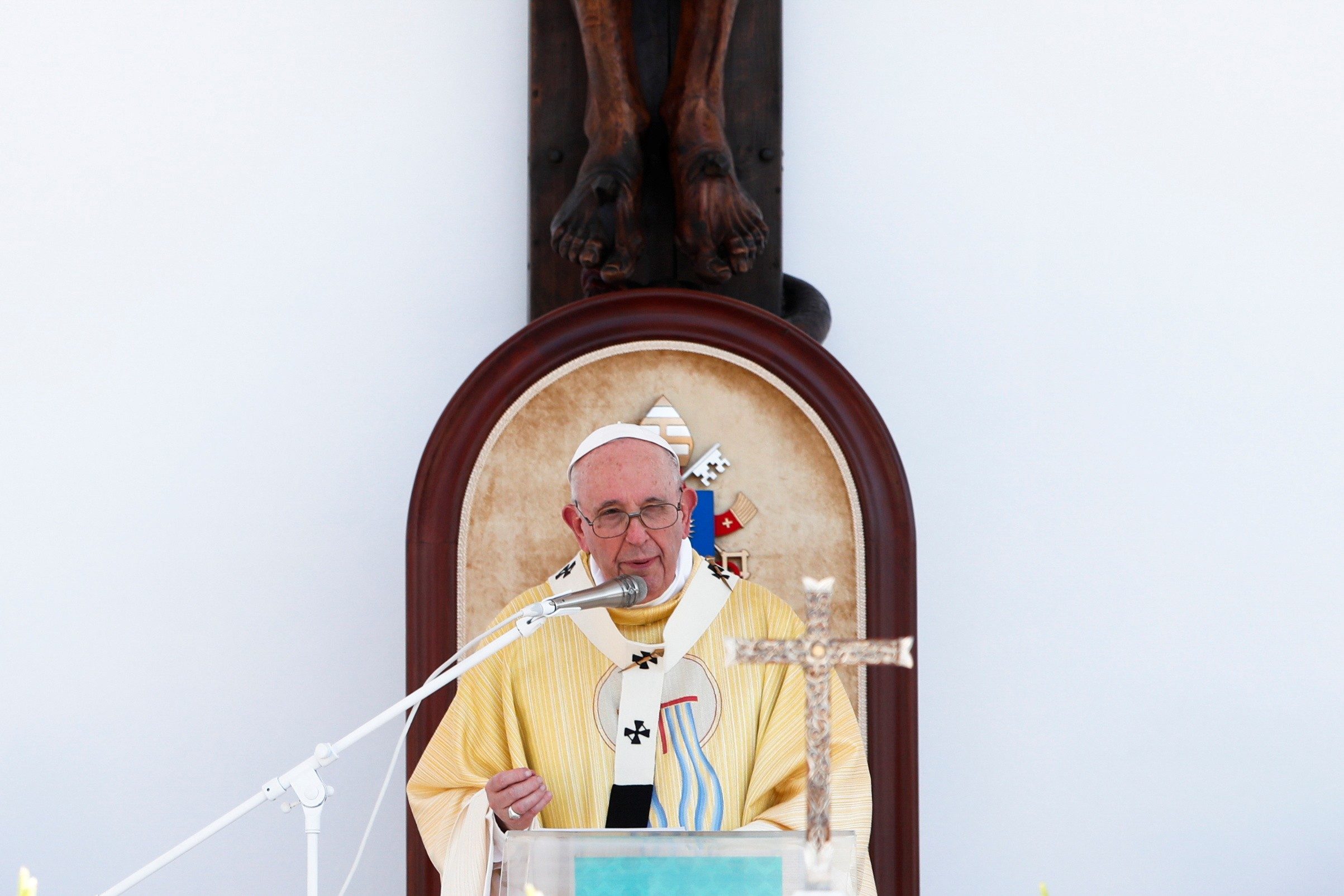 Pope Francis called on Sunday, September 12, for vigilance against a rise in anti-Semitism, saying during a brief trip to Hungary this was a “fuse that must not be allowed to burn.”

He arrived in Hungary early on Sunday for an unusually short visit underlining differences with his political opposite, nationalist and anti-immigrant Prime Minister Viktor Orban.

More than half a million Hungarian Jews were killed in the Holocaust, which destroyed a once-vibrant culture across the country.

Today, there are about 75,000 to 100,000 Jews in Hungary, the largest number in central Europe, according to the World Jewish Congress, with most of them in Budapest.

“I think of the threat of anti-Semitism still lurking in Europe and elsewhere,” the pope said in an ecumenical meeting in Budapest with leaders of other Christian religions and Jews.

“This is a fuse that must not be allowed to burn. And the best way to defuse it is to work together, positively, and to promote fraternity,” he said.

A survey by the think tank Median commissioned by Mazsihisz, the Federation of Hungarian Jewish Communities, found that one in five Hungarians were strongly anti-Semitic, while another 16% were what the survey called moderately anti-Semitic.

The survey, published in July and taken during 2019-2020, said there were fewer anti-Semitic acts such as vandalism and physical assault in Hungary compared with other European countries.

In his speech, the pope evoked the image of Budapest’s famous Chain Bridge over the Danube River, linking the two halves of the Hungarian capital, Buda and Pest.

“Whenever we were tempted to absorb the other, we were tearing down instead of building up. Or when we tried to ghettoize others instead of including them,” the pope said. “We must be vigilant and pray that it never happens again.”

He said Christian leaders should commit to what he called an education in fraternity to stand up against outbursts of hatred.

Orban, in power since 2010, had raised concerns in Hungary’s Jewish community when several years ago he used an image of US financier George Soros, who is Jewish, in an anti-immigration billboard campaign.

In May, Orban told reporters that anti-Semitism accusations against him were “ridiculous,” adding that Hungary was a “more than fair and correct country in that respect.”

Orban has also said Jews should feel safe under his government and that Hungary would show “zero tolerance” for anti-Semitism. – Rappler.com