In Ukraine’s capital, some people stock up on supplies, others try to flee 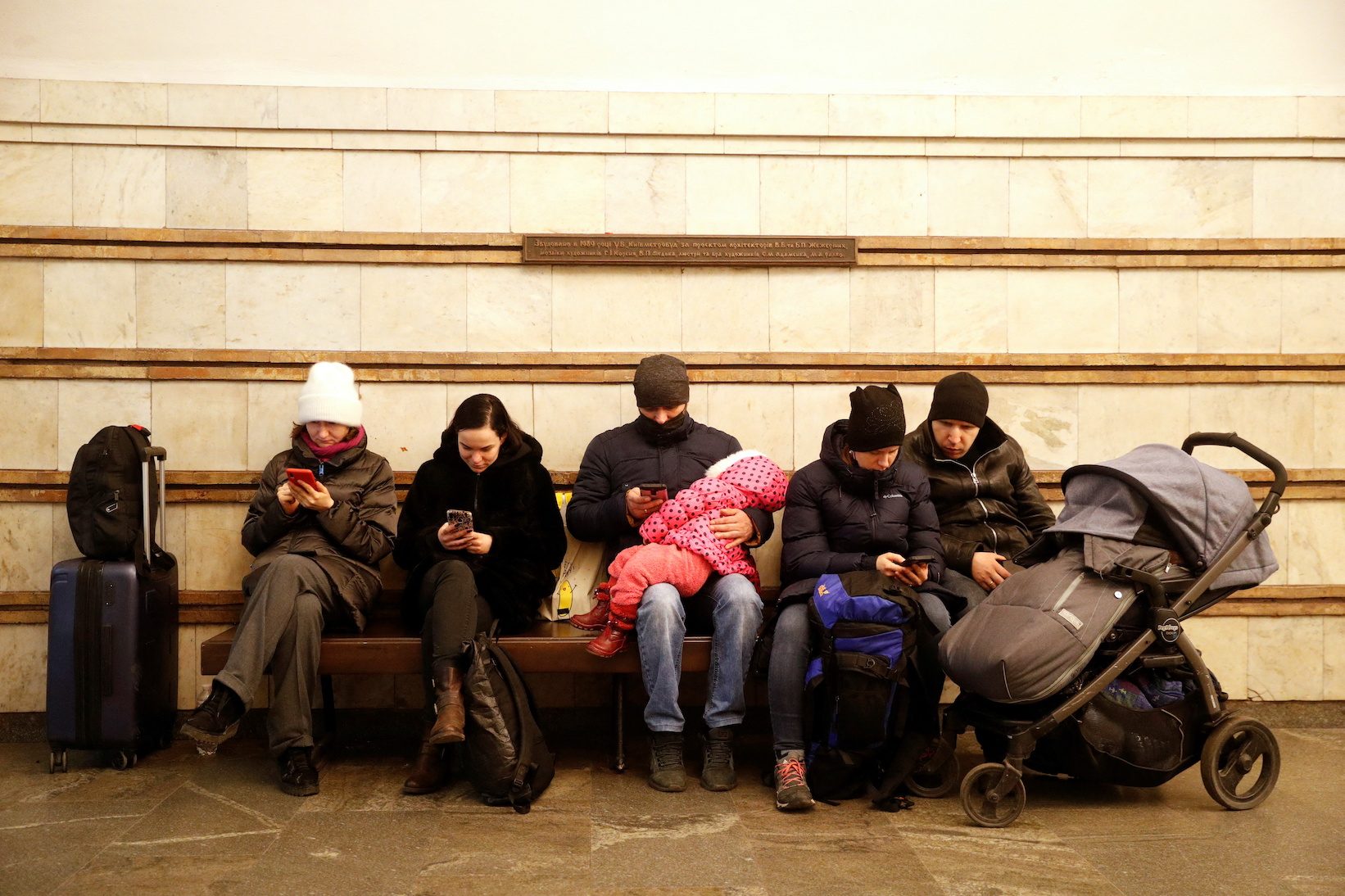 Facebook Twitter Copy URL
Copied
Kyiv is not come under attack but signs of nervousness are growing as planes fly overhead, explosions are heard and an emergency siren sounds early in the morning

KYIV, Ukraine – People in Kyiv stood in long queues trying to stock up on supplies on Thursday, February 24, after Russian forces invaded Ukraine, and a huge traffic jam blocked the main road heading west out of the capital as others tried to flee.

Kyiv did not come under attack but signs of nervousness were growing as planes flew overhead, explosions were heard and an emergency siren sounded early in the morning.

Even after weeks of warnings by Ukrainian and Western politicians that a Russian attack was imminent, some people were caught off guard in the city of around three million people.

“I didn’t expect this. Until this morning I believed nothing would happen,” said Nikita, a 34-year-old marketing specialist, as he waited in a long line at a supermarket with bottles of water piled high in his shopping cart.

“I was woken up. I’m an adult healthy man. I packed, bought food and will stay at home with my family.”

Other supermarkets and grocery stores were also packed with shoppers preparing to stay in Kyiv, and credit and debt cards were still working.

Other residents were determined to leave for what they believed to be the relative safety of western Ukraine after Russian President Vladimir Putin authorized what he called a special military operation in the east.

By mid-morning, traffic was at a standstill on the four-lane main road to the western city of Lviv. Cars stretched back for dozens of kilometers (miles), Reuters witnesses said.

“I’m going away because a war has started, Putin attacked us,” said Oxana, the driver of one of the cars who was stuck in the traffic jam with her three-year-old daughter on the back seat. “We’re afraid of bombardments.”

She said her immediate aim was just to get out of Kyiv, the center of power in Ukraine and home to the government, presidency and parliament. Once out, she would decide where to go, she said.

“Tell them (Russia) ‘You cannot do that. This is so scary’,” she said. – Rappler.com