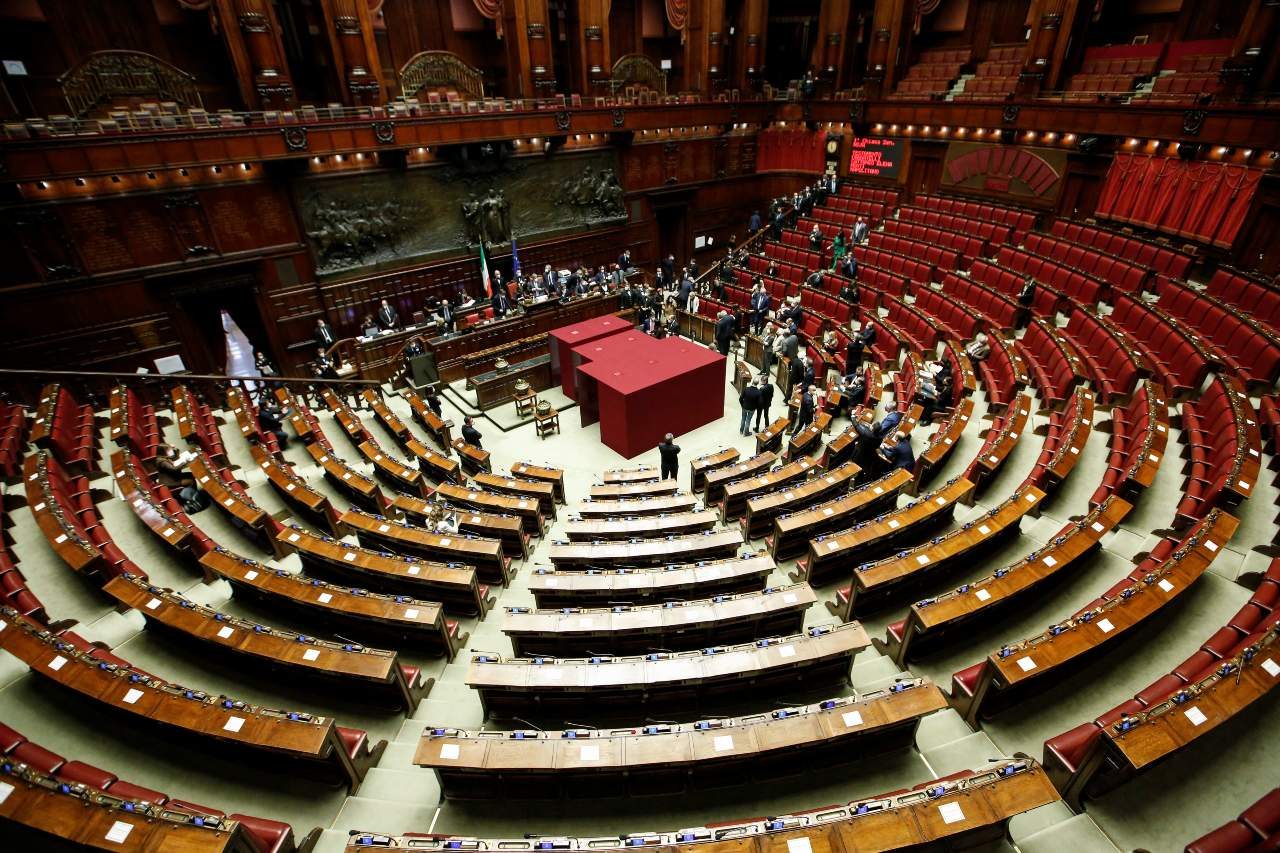 IMPASSE. A general view as members of parliament continue voting to elect Italy's new president, at the Chamber of Deputies in Rome, Italy, on January 27, 2022.

Facebook Twitter Copy URL
Copied
Prime Minister Mario Draghi remains a contender for the job, but his prospects have faded this week, with many lawmakers clearly reluctant to back him

ROME, Italy – A fourth round of voting to elect a new Italian president headed for failure on Thursday, January 27, after the main political blocs decided not to present any candidates as they struggled to agree on a mutually acceptable figure for the powerful role.

However, both sides indicated they wanted to speed up consultations and former prime minister Matteo Renzi predicted that a deal would be reached by Friday, January 28.

The race for the presidency is wide open and neither the center-right nor the center-left bloc have enough votes in parliament to push through their own candidate, meaning some sort of compromise deal is needed.

Prime Minister Mario Draghi remains a contender for the job, but his prospects have faded this week, with many lawmakers clearly reluctant to back him, partly because they fear any change to the government could trigger an early election.

Unlike in the United States or France, where presidents get elected in a popular vote, in Italy, some 1,009 parliamentarians and regional representatives pick the head of state in a secret ballot, which party leaders sometimes struggle to control.

Much is at stake. The Italian presidency comes with a seven-year mandate and has considerable power to resolve political crises that regularly batter the country, including appointing prime ministers and dissolving parliament.

The first three rounds of ballots ended in deadlock, with no-one winning the required two-thirds majority. From the fourth round onwards, a victor just needs an absolute majority.

In an effort to prevent any unexpected surprises from unruly lawmakers, the center-right bloc, which includes the League, Brothers of Italy and Forza Italia, said their electors would abstain on Thursday.

The center-left, comprising the Democratic Party (PD), the 5-Star Movement and the LEU party, said their parliamentarians would present blank ballots and called for all sides to come together to agree a candidate who could represent all Italians.

“I don’t think we’ll wrap it up today. I think we will do it tomorrow,” said Renzi, who heads the centrist Italia Viva party.

In a joint statement, the center-right said they wanted to choose a figure with a “high institutional value.” The wording suggested they could look beyond the world of politics and seek someone from the judicial sphere, or a senior civil servant.

The easiest solution would be for the outgoing president, Sergio Mattarella, to accept a second mandate. Mattarella, 80, has so far ruled this out, but he topped the ballot on Wednesday, January 26, winning 125 votes, suggesting many lawmakers hope he might change his mind.

PD leader Enrico Letta has warned the center-right not to try to strike backroom deals with an array of unaffiliated lawmakers to get someone from their camp elected president.

Parties from both blocs are in Draghi’s year-old national unity government, but Letta wrote on Twitter that any unilateral move over such an important decision would sink the coalition. “It would be the quickest way to blow everything up,” he said.

Besides Draghi, other possible contenders floated in the media include former lower house speaker Pier Ferdinando Casini, former premier Giuliano Amato, and Senate speaker Elisabetta Casellati – all of them with long political careers.

Among the non-affiliated institutional figures who have regularly been cited are Justice Minister Marta Cartabia, the first woman to chair Italy’s constitutional court, and Elisabetta Belloni, a diplomat who heads the secret services. – Rappler.com