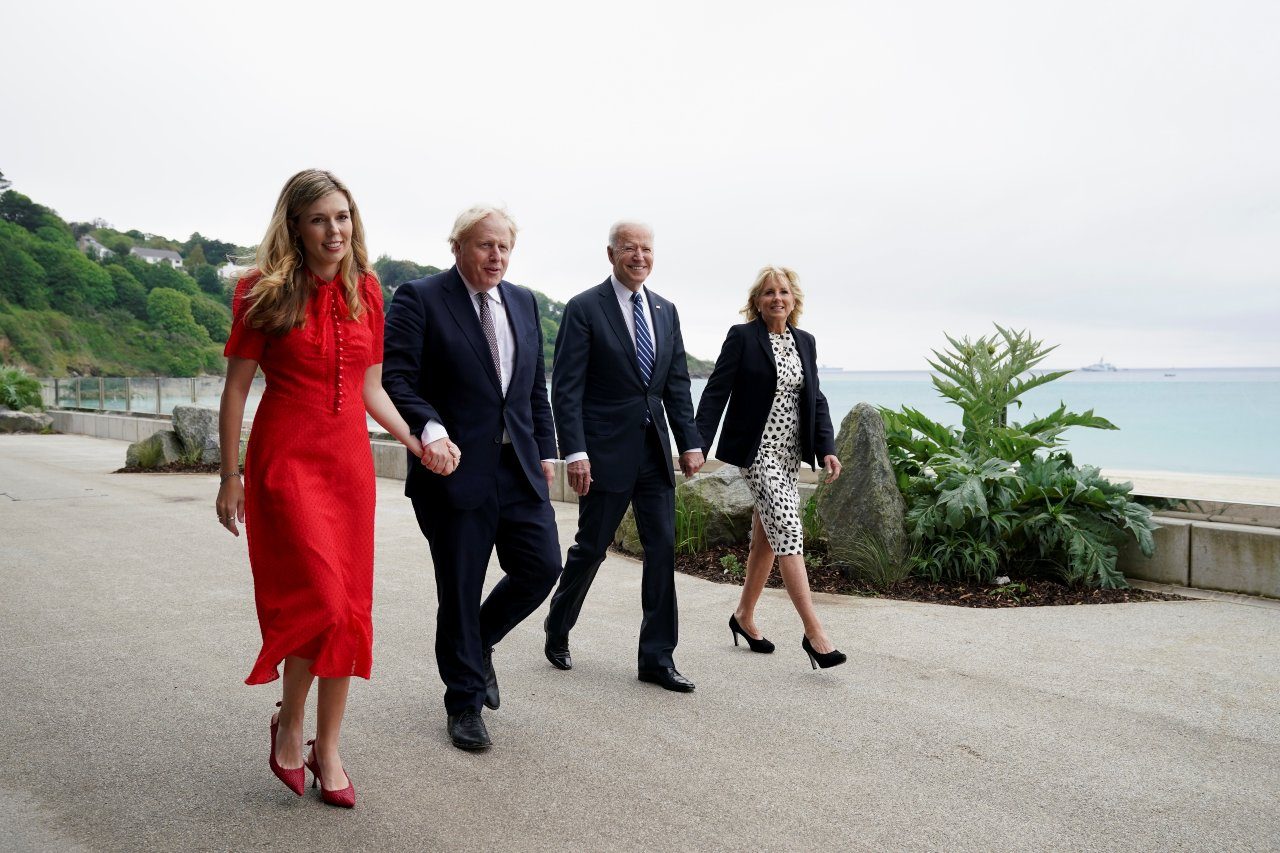 British Prime Minister Boris Johnson hailed US President Joe Biden on Thursday, June 10, as “a big breath of fresh air,” and praised his determination to work with allies on important global issues ranging from climate change and COVID-19 to security.

Johnson did not draw an explicit parallel between Biden and his predecessor Donald Trump after talks with the Democratic president in the English seaside resort of Carbis Bay on the eve of a summit of the Group of Seven (G7) advanced economies.

But his comments made clear Biden had taken a much more multilateral approach to talks than Trump, whose vision of the world at times shocked, angered and bewildered many of Washington’s European allies.

“It’s a big breath of fresh air,” Johnson said of a meeting that lasted about an hour and 20 minutes.

“It was a long, long, good session. We covered a huge range of subjects,” he said. “It’s new, it’s interesting and we’re working very hard together.”

The two leaders appeared relaxed as they admired the view across the Atlantic alongside their wives, with Jill Biden wearing a jacket embroidered with the word “LOVE.”

“It’s a beautiful beginning,” she said.

Though Johnson said the talks were “great,” Biden brought grave concerns about a row between Britain and the European Union which he said could threaten peace in the British region of Northern Ireland, which following Britain’s departure from the EU is on the United Kingdom’s frontier with the bloc as it borders EU member state Ireland.

The two leaders did not have a joint briefing after the meeting: Johnson spoke to British media while Biden made a speech about a US plan to donate half a billion vaccines to poorer countries. Biden, who is proud of his Irish heritage, was keen to prevent difficult negotiations between Brussels and London undermining a 1998 US-brokered peace deal known as the Good Friday Agreement that ended three decades of bloodshed in Northern Ireland.

White House national security adviser Jake Sullivan told reporters aboard Air Force One on the way to Britain that Biden had a “rock-solid belief” in the peace deal and that any steps that imperiled the accord would not be welcomed.

Yael Lempert, the top US diplomat in Britain, issued London with a demarche – a formal diplomatic reprimand – for “inflaming” tensions, the Times newspaper reported.

Johnson sought to play down the differences with Washington.

“There’s complete harmony on the need to keep going, find solutions, and make sure we uphold the Belfast Good Friday Agreement,” said Johnson, one of the leaders of the 2016 campaign to leave the EU.

Asked if Biden had made his alarm about the situation in Northern Ireland very clear, he said: “No he didn’t.

“America, the United States, Washington, the UK, plus the European Union have one thing we absolutely all want to do,” Johnson said. “And that is to uphold the Belfast Good Friday Agreement, and make sure we keep the balance of the peace process going. That is absolutely common ground.”

The 1998 peace deal largely brought an end to the “Troubles” – three decades of conflict between Irish Catholic nationalist militants and pro-British Protestant “loyalist” paramilitaries in which 3,600 people were killed.

Britain’s exit from the EU has strained the peace in Northern Ireland. The 27-nation bloc wants to protect its markets but a border in the Irish Sea cuts off the British province from the rest of the United Kingdom.

Although Britain formally left the EU in 2020, the two sides are still trading threats over the Brexit deal after London unilaterally delayed the implementation of the Northern Irish clauses of the deal. Johnson’s Downing Street office said he and Biden agreed that both Britain and the EU “had a responsibility to work together and to find pragmatic solutions to allow unencumbered trade” between Northern Ireland, Britain and Ireland.” – Rappler.com