Kremlin denies Putin promised not to hold maneuvers near Ukraine 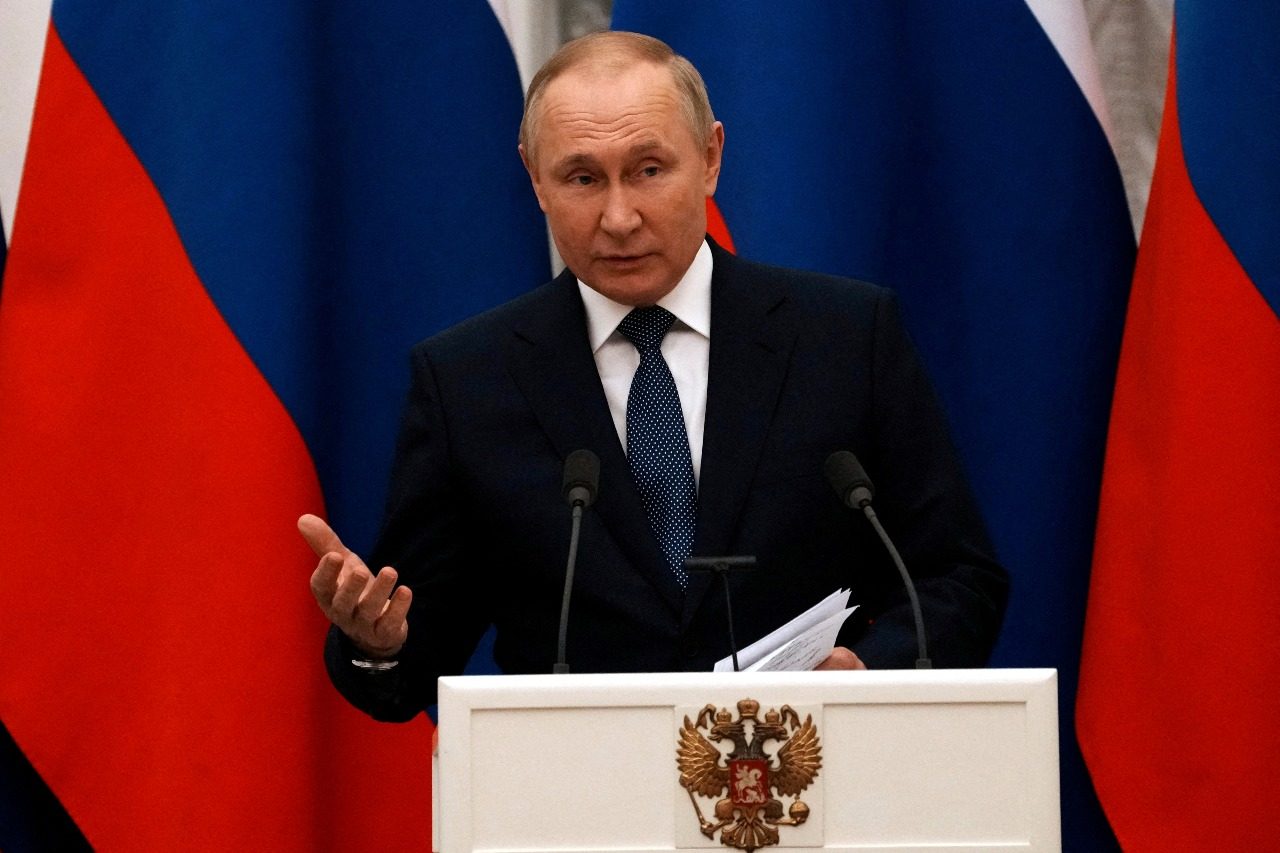 Facebook Twitter Copy URL
Copied
A French official says Russian President Vladimir Putin had promised to withdraw Russian troops from Belarus at the end of exercises there, which are set for later this month

The Kremlin denied on Tuesday, February 8, that Vladimir Putin had promised French President Emmanuel Macron that Russia would stage no further maneuvers near Ukraine for now, pouring cold water on a tentative French assertion of diplomatic progress.

Macron, who visited Moscow on Monday, February 7, is the highest ranking Western leader to have met the Russian president since Moscow massed more than 100,000 troops near the Ukrainian frontier in what NATO countries fear is preparation for war.

Putin and Macron announced no breakthroughs at a news conference on Monday but a French official, speaking to reporters on condition of anonymity, said overnight that Putin had promised to hold no new maneuvers near Ukraine for now.

The official also said Putin had promised to withdraw Russian troops from Belarus at the end of exercises there, which are set for later this month.

Kremlin spokesperson Dmitry Peskov said reports of any undertaking not to hold maneuvers near Ukraine were “not right.”

Putin had also given no new promise about when Russian troops would leave Belarus, Peskov said. They were expected to return to bases in Russia at some point after the drills, but “no one had ever said they would stay” in Belarus, he said.

Macron’s Elysee Palace office appeared to row back from the French official’s remarks on Tuesday, saying the official was mentioning points that were discussed by Macron and Putin, rather than a specific new promise by the Russian leader.

Macron defended his mission as having prevented a further deterioration of the crisis. He had never expected “for one second” that Putin would make concessions, he told journalists after arriving in the Ukrainian capital Kyiv, where he was due to meet Ukrainian President Volodymyr Zelenskiy.

Western fears of an invasion

Western countries, particularly the United States, say they fear Putin is preparing to invade Ukraine. Moscow says it is planning no invasion but could take unspecified “military-technical measures” unless a number of security demands are met, including a promise from NATO never to admit Kyiv.

The United States and the European Union have threatened Russia with sanctions if it attacks Ukraine.

US President Joe Biden warned on Monday that if Russia invades Ukraine, “there will be no longer Nord Stream 2.” He did not specify how he would go about ensuring the recently completed pipeline between Russia and Germany would not be used.

Macron, who is expected to stand for reelection in April, has portrayed himself as a potential mediator. He said before he left on his trip to Moscow that he believed Russia did not have designs on Ukraine but wanted to renegotiate European security arrangements.

Ukrainian Foreign Minister Dmytro Kuleba said ahead of Macron’s talks with Zelenskiy that Kyiv was “waiting with interest for the signals that Mr Macron brought from Moscow.” But he added: “We will not cross our red lines and no one will be able to force us to cross them.”

He did not specify which red lines he was referring to, but Kyiv has repeatedly said it would oppose any negotiations over its fate without its participation, or any deal with Russia that interfered with its right to join alliances such as NATO. – Rappler.com