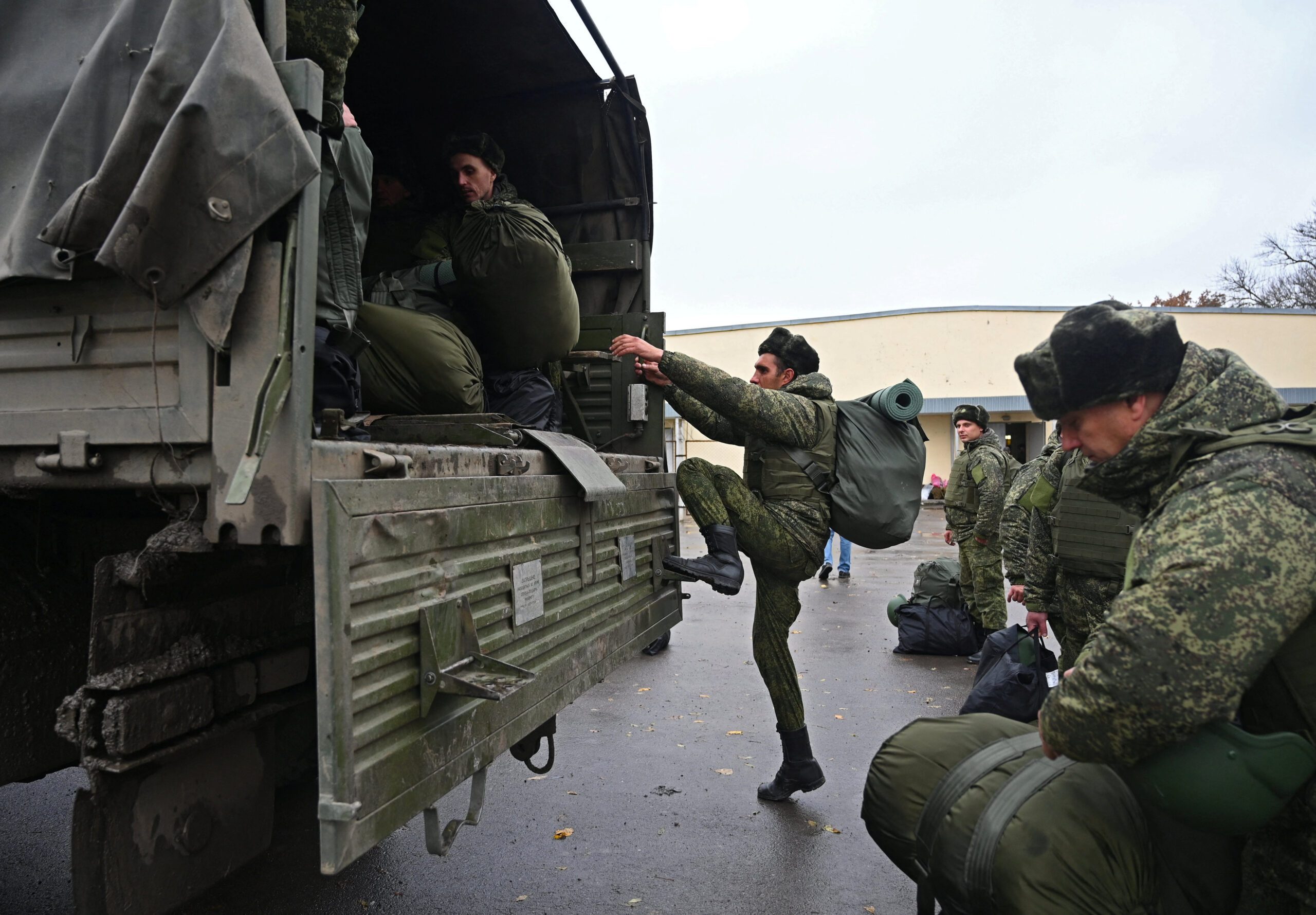 RUSSIAN TROOPS. Russian reservists recruited during the partial mobilization of troops get in the truck before their departure to the zone of Russia-Ukraine conflict, in the Rostov region, Russia on October 31, 2022.

Latvia’s state security service said on Friday, December 2, it had begun probing statements made by independent Russian TV station Dozhd because of suspicions it was helping pro-Moscow troops taking part in the Ukraine war.

Dozhd, or TV Rain, is broadcasting from Latvia and elsewhere after Russian authorities forced the closure of its Moscow studio on the grounds it had deliberately spread false information about the actions of Russia’s troops in Ukraine.

The state security service said that on Thursday a moderator on a Dozhd news broadcast had expressed hope the station had already helped provide many Russian soldiers with basic equipment and amenities.

“The statements…. raise suspicion about the TV channel providing assistance to the soldiers of Russia’s occupying forces,” it said in a news release.

“No provision of support to the aggressor Russia is justifiable,” it said, adding that anyone helping the Russian forces was subject to criminal liability.

Latvia, a small former Soviet republic with a sizeable Russian-speaking minority, has been among the strongest critics of the invasion.

The service said it had repeatedly warned policy makers about the challenges “emanating from Russia’s so-called independent media relocating their activity to Latvia,” saying they posed intelligence risks.

Dozhd did not immediately respond to an email seeking reaction to the service’s statement. – Rappler.com