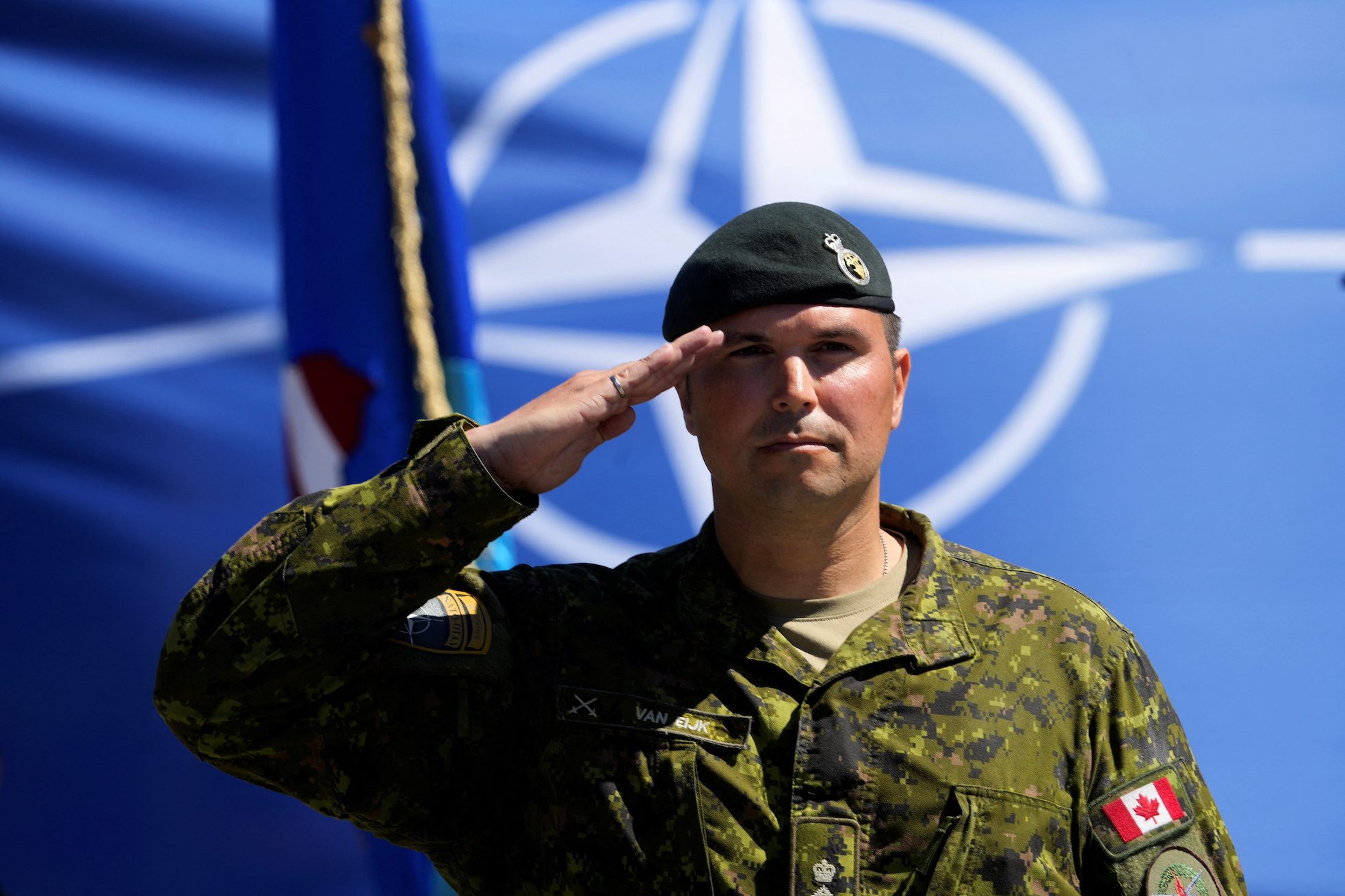 Facebook Twitter Copy URL
Copied
'Ukraine must win, it's very simple, and Russia must lose, there is no other way out of this,' says the Latvian defense minister

BRUSSELS, Belgium – Latvia on Thursday, June 16, made a last pitch for the deployment of more NATO troops in the Baltics, two weeks before NATO leaders are set to decide the future military line-up on the alliance’s eastern flank in response to Russia’s invasion of Ukraine.

Latvian Defense Minister Artis Pabriks called for larger forces in the Baltic states and said that any sign of weakness – be it in Ukraine or on NATO territory – would encourage Russia.

“Ukraine must win, it’s very simple, and Russia must lose, there is no other way out of this,” he told reporters as he arrived for a second day of talks at NATO’s headquarters in Brussels.

“If it’s different, then we will simply again invite…some kind of Russian activities in the next years and we don’t want this because the Baltic nations have been paying for lunch for the others and we are not ready anymore for that,” he added.

Immediately after Russia’s invasion of Ukraine in February, NATO dispatched additional troops, ships and jets to the alliance’s eastern front, in particular to the Baltics, and placed some 40,000 troops under direct NATO command.

At a June 28-30 summit in Madrid, NATO leaders will discuss a more structured approach to adapt the alliance in the long-term to what it perceives as a drastically worsened security situation in Europe caused by Russia’s invasion of Ukraine.

But allies are still divided about troop numbers and where exactly reinforcements, including extra weapons, should be based.

Some experts warn it does not make sense to deploy major combat units close to Russia’s borders, exposing them to the risk of being thrashed in the first wave of an attack, but to rather deploy them in the rear area.

The Baltics want the alliance to boost its pre-Ukraine invasion presence of around 5,000 troops by as much as tenfold, as well as adding air and maritime defenses.

Many of NATO’s 30 allies in Europe and the United States support the calls for a bigger force in principle but not to the extent of the Baltic demands, instead opting for keeping part of the reinforcements back home but ready to deploy quickly.

Germany has proposed to expand the multinational NATO battalion in Lithuania under German command to the size of a brigade – which normally has 3,000 to 5,000 troops – but aims to leave much of its own reinforcements as standby troops at home.

NATO Secretary-General Jens Stoltenberg said the alliance would increase its presence in the east but he, too, spoke of a “scalable” presence.

“For the first time since the Cold War, we will have preasigned forces to specific countries in the east linked to our defense plans,” he told reporters on Wednesday.

“That’s exactly what we are working on with Germany, but we expect other allies to make similar offers to have preasigned forces that are training and are responsible for the defence of specific territories.” – Rappler.com