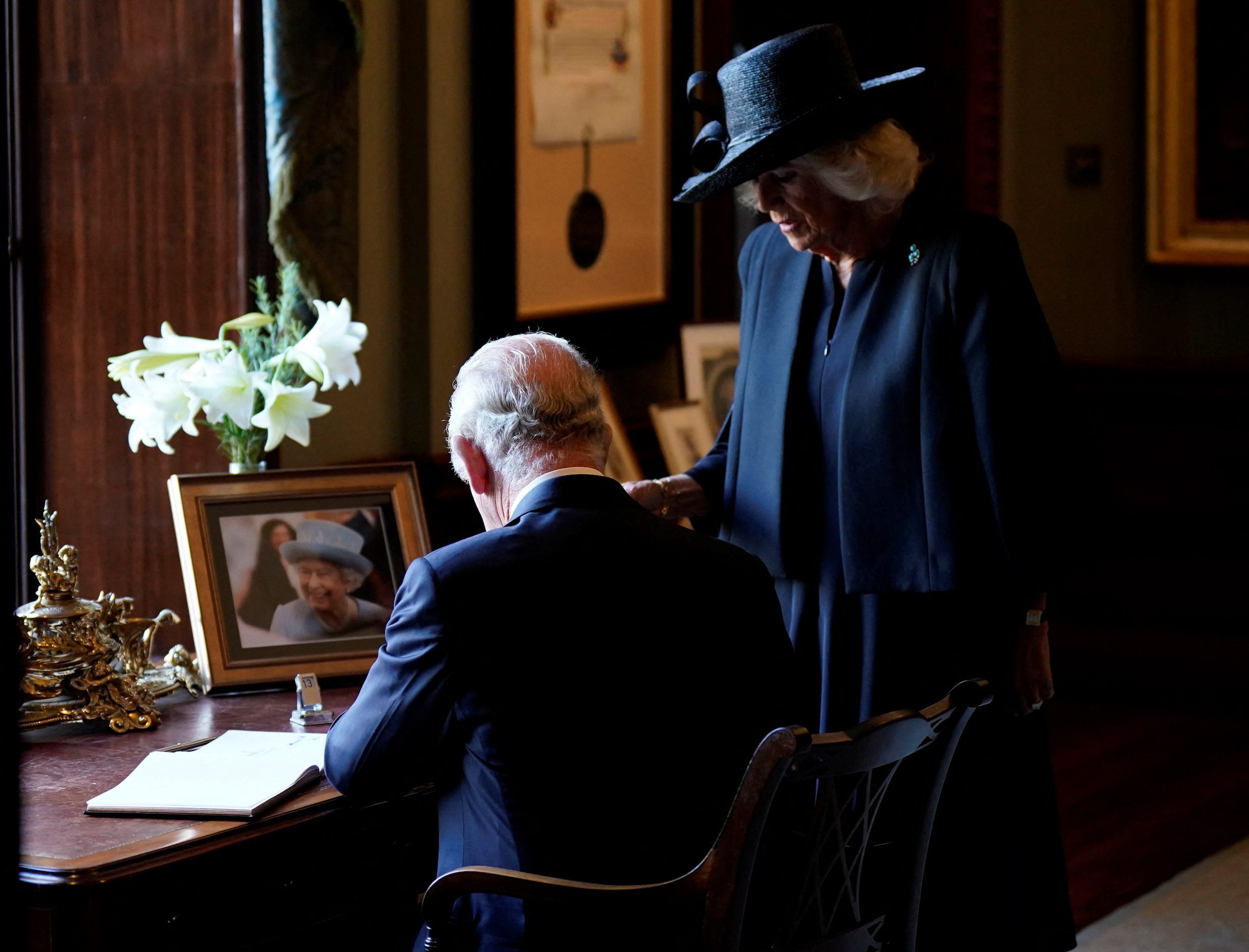 Facebook Twitter Copy URL
Copied
When signing a visitors' book in front of cameras at Hillsborough Castle near Belfast, Charles reacts in frustration when a pen he is using leaks on his hand

BELFAST, Northern Ireland – Britain’s King Charles vented his frustration at a leaky pen on Tuesday, September 13, during a signing ceremony in Northern Ireland, the second time in recent days he has shown visible irritation during such proceedings.

Charles, visiting Northern Ireland as part of a tour of the United Kingdom to lead mourning for his mother Queen Elizabeth, was greeted by cheering crowds and welcoming speeches, before delivering his own pledge to the region.

Shortly after, when signing a visitors’ book in front of cameras at Hillsborough Castle near Belfast, Charles reacted in frustration when a pen he was using leaked on his hand.

“Oh god I hate this (pen)!” Charles said, standing up and handing the pen to his wife and Queen Consort Camilla.

“I can’t bear this bloody thing… every stinking time,” Charles said as he walked away.

Speaking before he was made king, one former aide told Reuters Charles could be fun, but was also short-tempered and demanding.

On Saturday when signing documents in London, an irritated Charles gestured for aides to help when a pen holder on the table got in his way.

When completing the documents on Tuesday he also used the wrong date, before checking with an aide who told him it was September 13, not September 12. – Rappler.com