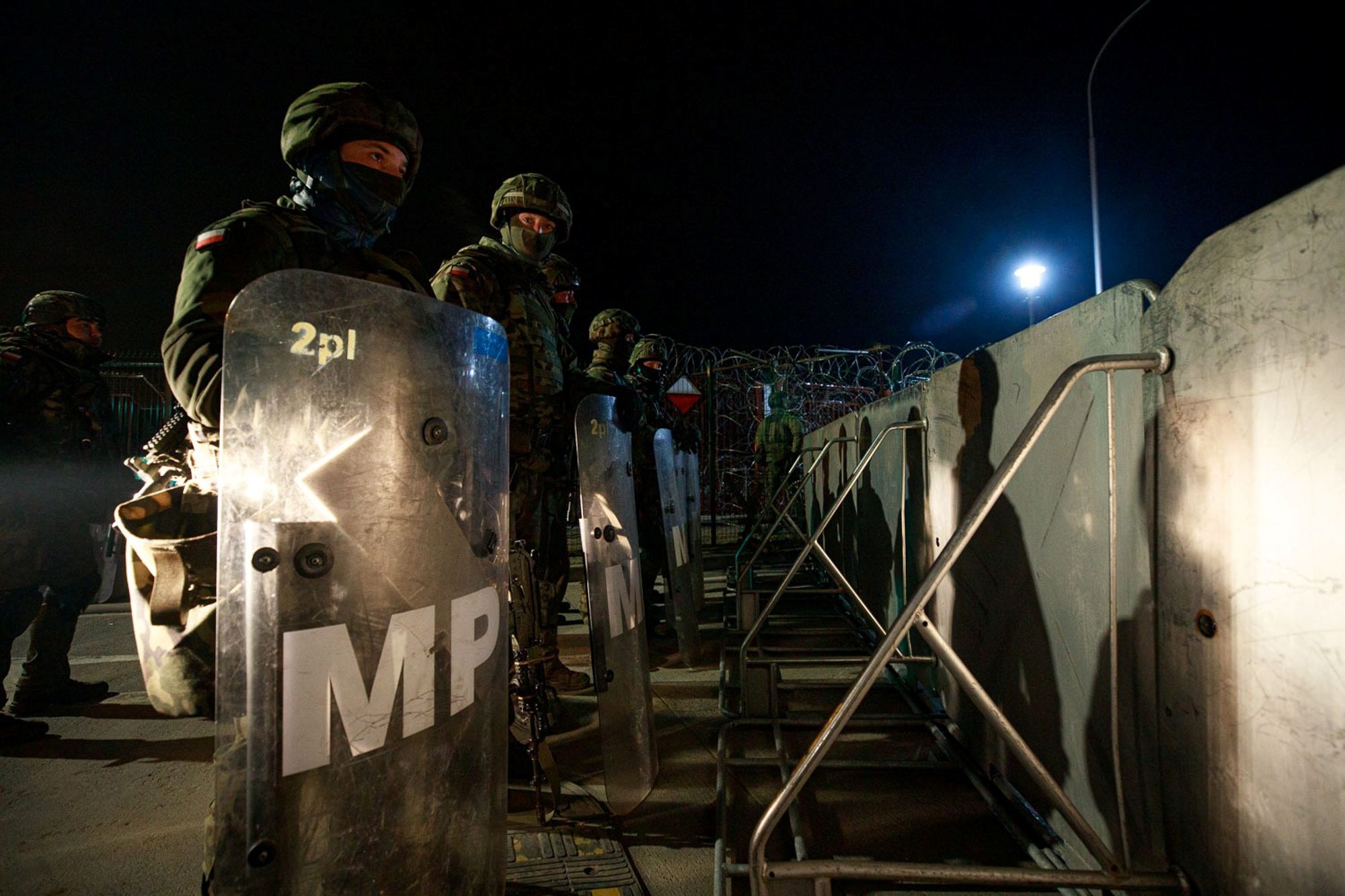 Facebook Twitter Copy URL
Copied
The migrants, many of them from Iraq, have been barred either from entering Poland or returning into Belarus

Poland said on Thursday, November 18, the number of attempts to cross its border from Belarus had risen, while thousands of migrants remained trapped on the frontier in frozen woods in a standoff between East and West.

The migrants, many of them from Iraq, have been barred either from entering Poland or returning into Belarus, though some were due to return to Iraq on a first flight from the Belarusian capital Minsk later on Thursday.

Around 200-300 people, mainly men but also families with young children, remained huddled around makeshift fires near the Kuznica-Bruzgi border point, a Reuters reporter on the Belarusian side of the frontier said.

Others had set up a few tents and a man could be seen feeding a baby. They were surrounded by Belarusian soldiers wearing masks, helmets and vests, and a water cannon could be seen on the Polish side of the border.

European countries accuse Minsk of flying in thousands of migrants, mainly from the Middle East, and pushing them to cross the border illegally, as a tactic to punish Europe for sanctions imposed over a Belarusian crackdown on pro-democracy protesters.

Belarus calls the accusation that it created the crisis absurd, but says the European Union must lift sanctions if it wants to resolve it.

Poland’s Border Guard tweeted on Thursday that there had been 501 attempts to cross the border on Wednesday, November 17, with one group consisting of around 500 people. That was an increase from previous days.

Poland’s Defense Ministry said that one of the attempts was inspired by Belarusian forces – a group of around 100 people was stopped by Polish forces near Dubicze Cerkiewne. Belarus has previously denied such accusations.

Large numbers of Iraqis are among those who have camped for weeks at Belarus’s borders with EU countries, seeking entry and a better life in the prosperous 27-nation bloc. Some 430 Iraqis checked in for the flight back to Iraq from Minsk on Thursday, the Iraqi foreign ministry said. – Rappler.com