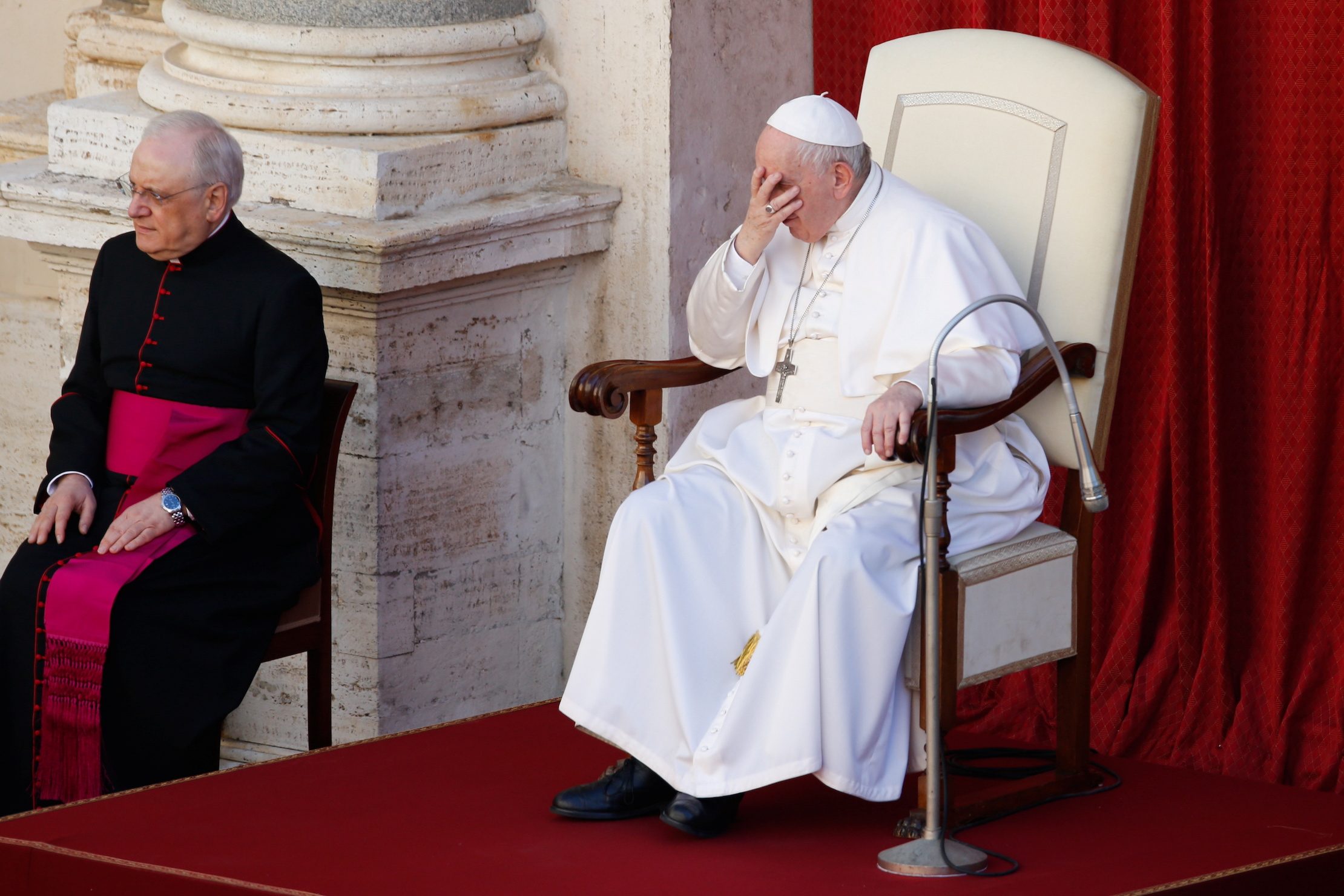 Pope Francis sits at the San Damaso courtyard for the weekly general audience, amid the coronavirus disease (COVID-19) outbreak, at the Vatican, May 26, 2021.

Facebook Twitter Copy URL
Copied
Cologne is at the center of a crisis in the German Catholic Church, with thousands quitting the Church in protest at its handling of abuse cases and at its refusal to bless same-sex relationships

Pope Francis has dispatched two senior foreign bishops to investigate the Archbishop of Cologne’s handling of sexual abuse allegations in Germany’s largest archdiocese, the pontiff’s representative in Germany said on Friday, May 28.

Archbishop Rainer Maria Woelki has been criticized for his handling of historic child sex abuse allegations, in particular for his decision to shelve a report into earlier wrongdoings by priests because of unspecified methodological shortcomings.

An 800-page follow-up report into the handling of abuse cases in the Cologne archdiocese between 1975 and 2018 found more than 200 abusers and more than 300 victims mostly under the age of 14.

“Pope Francis has ordered an Apostolic Visitation to the Archdiocese of Cologne,” Nikola Eterovic, the Papal Nuncio to Germany, said in a statement.

“The Holy See’s delegates will form a comprehensive picture of the complex pastoral situation in the Archbishopric and consider any possible failings by Cardinal Woelki and his excellency Stefan Hesse, Archbishop of Hamburg,” he added.

Cologne, by some measures the world’s richest diocese – with a bigger income than the Vatican itself – is at the center of a crisis in the German Catholic Church, with thousands quitting the Church in protest at its handling of abuse cases and at its refusal to bless same-sex relationships.

Woelki welcomed the decision to send the inspectors – Anders Cardinal Arborelius, the Bishop of Stockholm, and Johannes van der Hende, Bishop of Rotterdam.

“I am glad that the Pope wants to form his own picture of our independent inquiry and its consequences,” Woelki said in a statement. “I will support Cardinal Arborelius and Bishop van den Hende in their work.”

Centered on the renowned Cologne Cathedral, the tallest twin-spired church in the world, the Rhineland diocese is home to Germany’s largest community of Roman Catholics. – Rappler.com