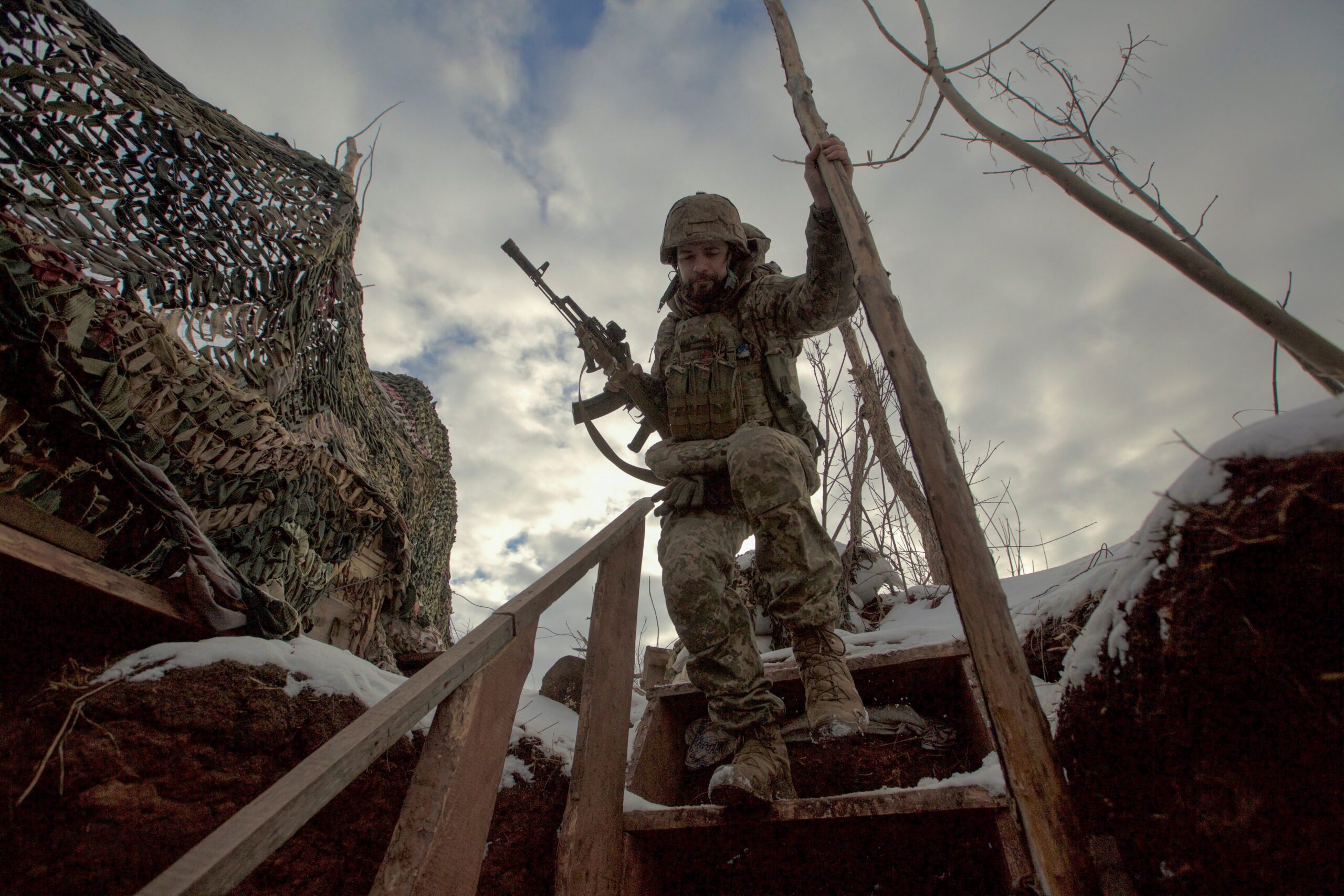 CONFLICT. A service member of the Ukrainian armed forces walks at combat positions near the line of separation from Russian-backed rebels near Horlivka in the Donetsk region,u00a0Ukraine, on January 22, 2022.

Facebook Twitter Copy URL
Copied
'Those who pursue their interests by damaging others are in contempt of his vocation as a man, because we were all created as brothers,' Pope Francis says

VATICAN CITY – Pope Francis on Sunday, January 23, called for an international day of “prayer for peace” on January 26 to stop the Ukraine crisis from worsening, saying the tensions were threatening the security of Europe and risking vast repercussions.

Francis announced the prayer day and made the appeal for dialogue to defuse the crisis during his weekly address and blessing to pilgrims and tourists in St. Peter’s Square.

Top US and Russian diplomats failed on Friday, January 21, to make a major breakthrough in talks to resolve the crisis over Ukraine, although they agreed to keep talking. On Sunday, Britain accused Russia of seeking to install a pro-Russian leader in Ukraine.

“I am following with concern the rising tensions that threaten to deliver a new blow to peace in Ukraine and put the security of Europe in doubt, with even more vast repercussions,” he said.

He appealed to “all people of good will” to pray next Wednesday so that all political initiatives “be for the service of human fraternity” rather than partisan interests. The Vatican gave no immediate details on how the Pope would mark the day.

“Those who pursue their interests by damaging others are in contempt of his vocation as a man, because we were all created as brothers,” he said, without elaborating.

On Friday, US Secretary of State Antony Blinken met Russian Foreign Minister Sergei Lavrov and warned of a “swift, severe” response if Russia invades Ukraine after massing troops near its border. – Rappler.com