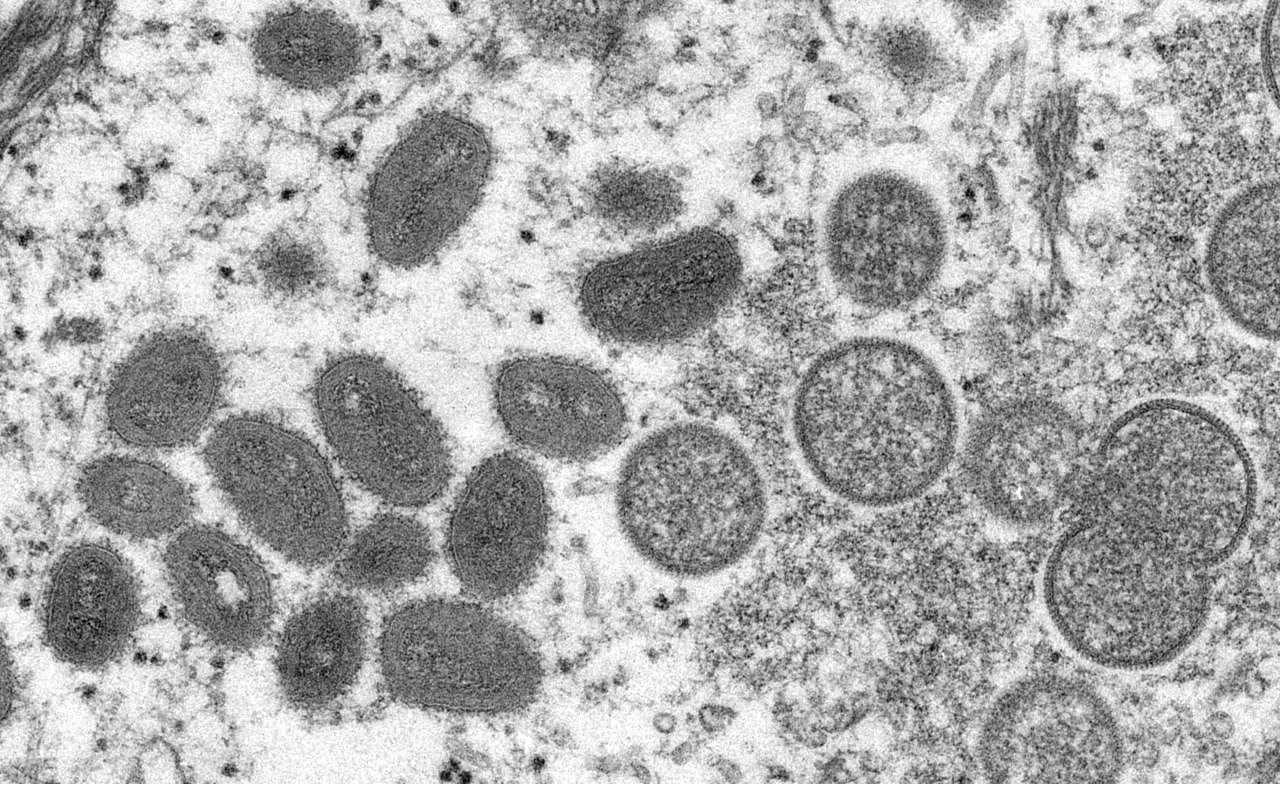 MONKEYPOX. An electron microscopic (EM) image shows mature, oval-shaped monkeypox virus particles as well as crescents and spherical particles of immature virions, obtained from a clinical human skin sample associated with the 2003 prairie dog outbreak in this undated image obtained by Reuters on May 18, 2022.

Facebook Twitter Copy URL
Copied
Monkeypox is a rare viral infection similar to human smallpox, though milder. Symptoms include fever, headaches and skin rashes starting on the face and spreading to the rest of the body.

LISBON, Portugal – Portuguese authorities said on Wednesday, May 18, they had identified five cases of the rare monkeypox infection, and Spain’s health services are testing 23 potential cases after Britain put Europe on alert for the virus.

The five Portuguese patients, out of 20 suspected cases, are all stable. They are all men and they all live in the region of Lisbon and the Tagus Valley, the Portuguese health authorities said.

European health authorities are monitoring any outbreak of the disease since Britain has reported its first case of monkeypox on May 7 and found six more in the country since then.

Spain issued an alert earlier in the morning saying it had eight suspected cases under testing. The figure rose to 23 cases by late afternoon, Madrid region health authorities said in a statement. All cases remain unconfirmed.

Monkeypox is a rare viral infection similar to human smallpox, though milder, first recorded in the Democratic Republic of Congo in the 1970s. The number of cases in West Africa has increased in the last decade.

Symptoms include fever, headaches and skin rashes starting on the face and spreading to the rest of the body.

It is not particularly infectious between people, Spanish health authorities said, and most people infected recover within a few weeks, though severe cases have been reported.

Four of the cases detected in Britain self-identified as gay, bi-sexual or other men who have sex with men, the UK Health Security Agency said, adding evidence suggested there may be a transmission in the community.

The agency in Britain urged men who are gay and bisexual to be aware of any unusual rashes or lesions and to contact a sexual health service without delay.

The newspaper El Pais quoted the head of public health in the Madrid region, Elena Andradas, as saying, “22 of the 23 suspected cases have reported having had sex with other men in recent weeks.”

Portugal’s DGS health authority did not release any information on the sexual orientation of the monkeypox patients or suspected patients.