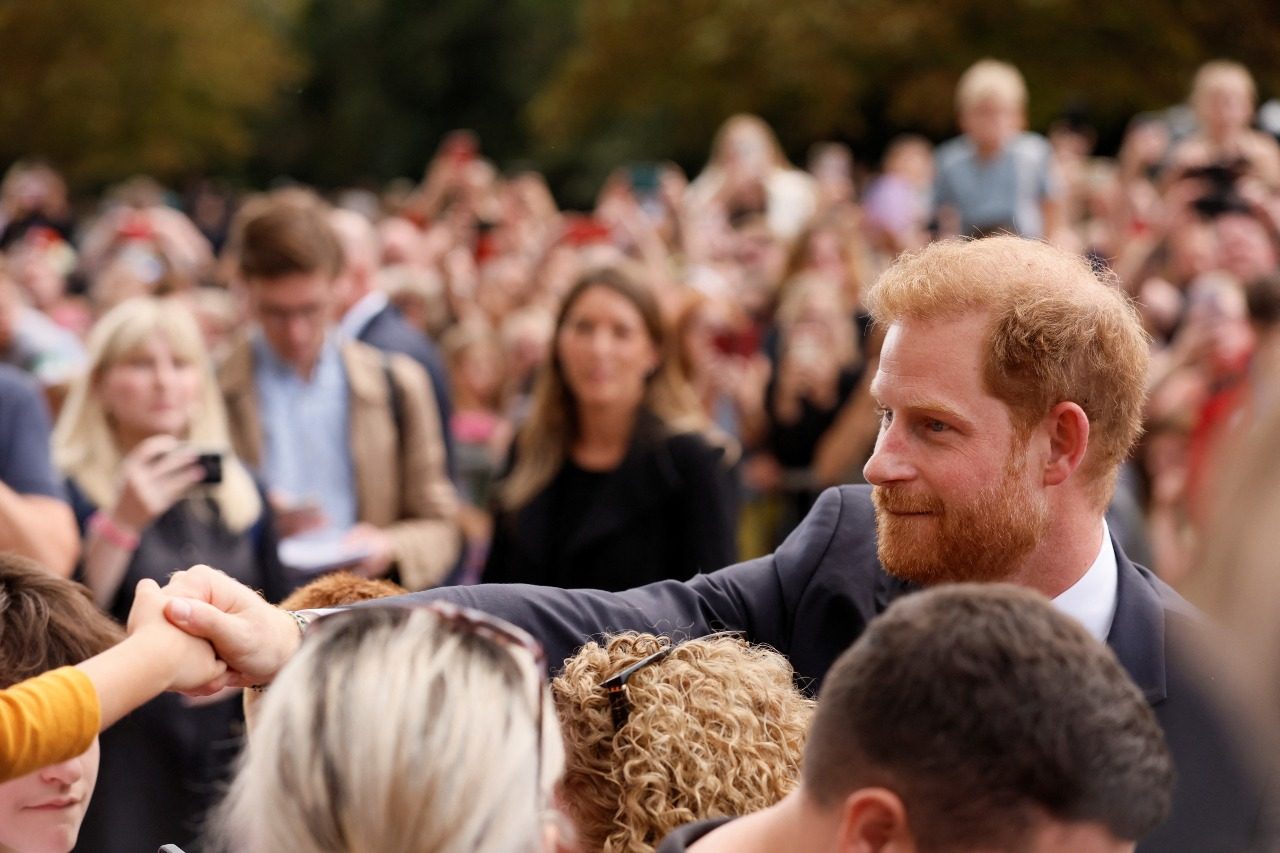 Facebook Twitter Copy URL
Copied
He praises her 'unwavering grace and dignity' and her commitment to duty, saying she was globally admired and respected

LONDON, United Kingdom – Britain’s Prince Harry paid a highly personal tribute on Monday, September 12, to his “granny,” the late Queen Elizabeth, saying how he cherished the time he had spent with her and how he would honor his father as the new king.

In a statement, Harry, who stepped down from royal duties with his wife Meghan in 2020, praised the queen’s service as head of state and monarch, and also spoke emotionally of her role as a grandmother.

“Granny, while this final parting brings us great sadness, I am forever grateful for all of our first meetings – from my earliest childhood memories with you, to meeting you for the first time as my Commander-in-Chief, to the first moment you met my darling wife and hugged your beloved great-grandchildren,” he said.

“I cherish these times shared with you, and the many other special moments in between. You are already sorely missed, not just by us, but by the world over.”

He praised her “unwavering grace and dignity” and her commitment to duty, saying she was globally admired and respected.

“We, too, smile knowing that you and grandpa are reunited now, and both together in peace,” he said, a reference to her husband of 73 years Prince Philip who died last year.

After he and Meghan left their official royal roles, they became alienated from the family, including his father, now King Charles, and delivered withering criticism of Buckingham Palace and how they had been treated.

Since becoming king following the queen’s death at the age of 96 last Thursday, September 8, Charles has expressed his love for the couple.

“As it comes to first meetings, we now honor my father in his new role as King Charles III,” Harry said.

Harry and Meghan were only in Britain when the queen died because they were coincidentally visiting to attend a number of charity events, a rare trip since they moved to California where they live with their two young children.

They had not been even been expected to speak to their close relatives on the visit prior to the queen’s death.

On Saturday, September 10, Harry and Meghan unexpectedly appeared with his elder brother William for a walkabout near Windsor Castle, in a show of unity that suggested the death of their grandmother could lead to a rapprochement.

A royal source described it as an important show of unity at an incredibly difficult time for the family. – Rappler.com