MOSCOW, Russia – The Kremlin said on Monday, February 21, that Russian President Vladimir Putin and his US counterpart Joe Biden could set up a call or meeting any time but there were no concrete plans yet for a summit.

Peskov was speaking after French President Emmanuel Macron said Putin and Biden had agreed in principle to a summit over the Ukraine crisis.

Biden agrees in principle to Ukraine summit with Putin 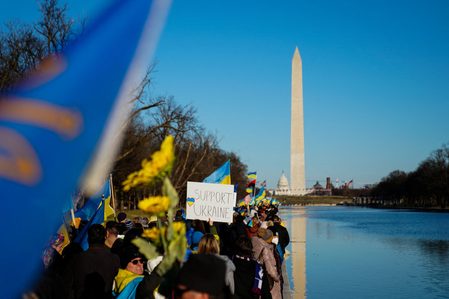 The United States and its allies have been warning for days that Russia could invade Ukraine at any time, which Moscow denies.

Peskov said US media reports that Russia had drawn up a list of Ukrainians to capture or kill after an invasion were an “absolute lie”.

He described as “highly unusual” a US embassy warning to Americans in Russia that they should prepare plans to leave the country if necessary.

The security alert on Sunday cited media sources as saying. there had been threats of attacks against shopping centers, railway and metro stations and other public places, including in Moscow, St Petersburg and areas near the Russia-Ukraine border.