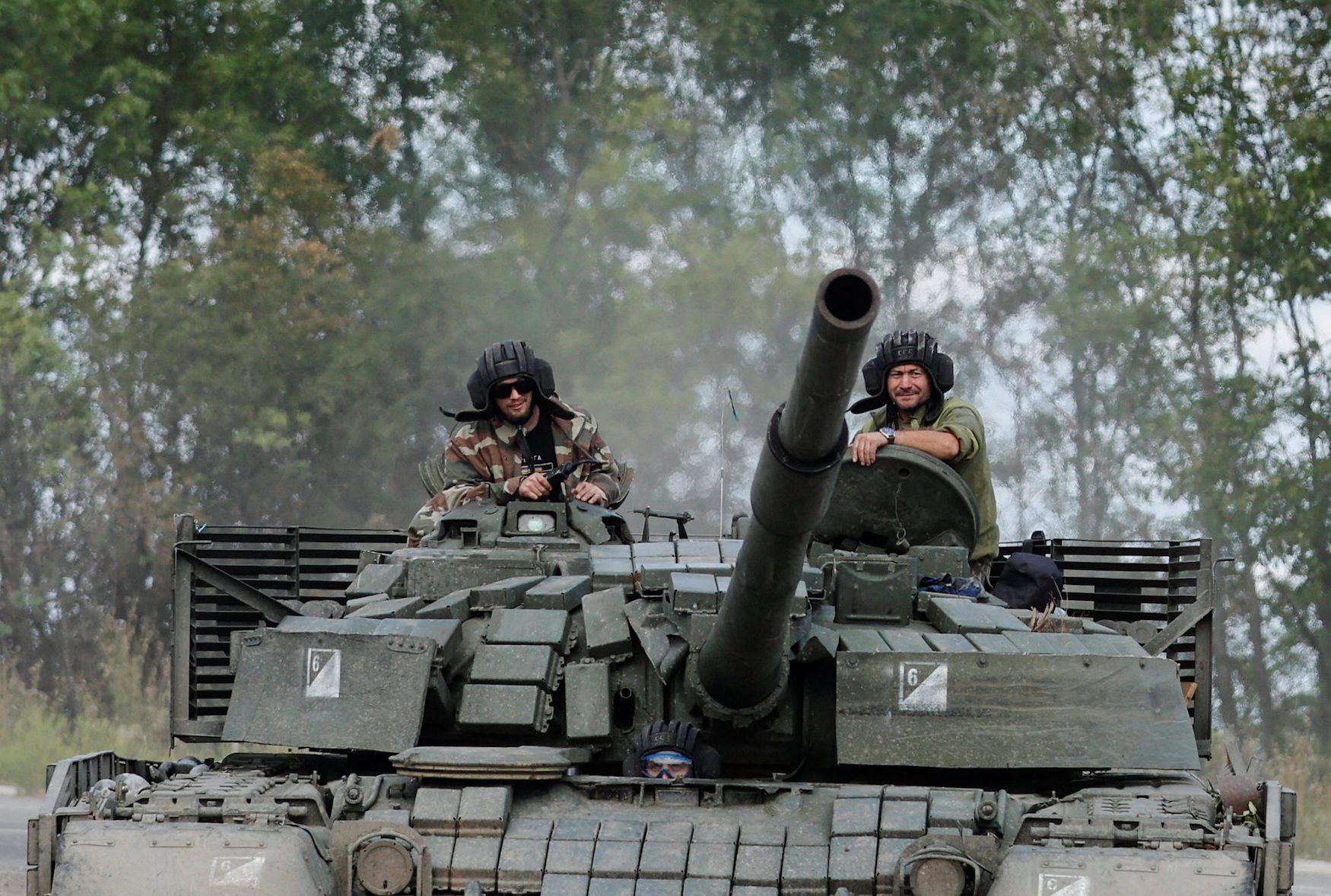 Facebook Twitter Copy URL
Copied
According to data from the Istanbul-based coordination group which monitors the deal, 30% of cargo, which includes that earmarked for or routed via Turkey, had gone to low and lower-middle income countries

KYIV, Ukraine – President Vladimir Putin mooted on Wednesday, September 7, reopening a UN-brokered deal for Ukrainian grain exports via the Black Sea and threatened to halt all energy supplies to Europe if Brussels caps the price of Russian gas.

In a combative speech to an economic forum in Russia’s Far East region, Putin made little reference to his invasion of Ukraine, but said in answer to a question that Russia would not lose the war and had strengthened its sovereignty.

On the ground, Ukrainian officials remained guarded about how a counter offensive they began late last month was faring but a Russian-installed official in eastern Ukraine said Ukrainian forces had attacked a town there.

The grain pact, facilitated by the United Nations and Turkey, created a protected corridor for Ukrainian foodstuffs after Kyiv lost access to its main export route when Russia attacked Ukraine via land, air and sea.

Designed to help ease global food prices by increasing supplies, the pact has been the only diplomatic breakthrough between Moscow and Kyiv in more than six months of war.

But Putin said the accord was delivering grain, fertilizer and other food to the European Union and Turkey rather than to poor countries who should be the priority.

“It may be worth considering how to limit the export of grain and other food along this route,” he said, adding that Russia would continue to abide by its terms, hoping it would fulfill its original goals.

“I will definitely consult the President of Turkey, Mr. (Tayyip) Erdogan, on this topic because it was he and I who worked out a mechanism for the export of Ukrainian grain first of all, I repeat, in order to help the poorest countries.”

The pact is up for renewal in late November.

Ukraine, whose ports had been blockaded by Russia, said the terms signed on July 22 were being strictly observed and there were no grounds to renegotiate.

“Such unexpected and groundless statements rather indicate an attempt to find new aggressive talking points to influence global public opinion and, above all, put pressure on the United Nations,” said Mykhailo Podolyak, a presidential adviser.

The deal gave Kyiv much-needed revenue for an economy devastated by war. It does not stipulate which countries Ukrainian grain should go to and the United Nations has stressed it is a commercial – not humanitarian – operation.

According to data from the Istanbul-based coordination group which monitors the deal, 30% of cargo, which includes that earmarked for or routed via Turkey, had gone to low and lower-middle income countries.

Putin complained that another part of the deal meant to ease restrictions for Russian food exporters and shippers was not being implemented. Russia’s grain exports in August are expected to come in 28% lower than the same period last year, according to a forecast from Russia’s Sovecon consultancy.

The other main global repercussion of the conflict has been a surge in energy prices as the West responded with sanctions and Moscow restricted exports of gas to Europe, blaming Western restrictions and technical problems.

As the European Union prepared to propose a price cap on Russian gas to try to contain an energy crisis threatening widespread hardship this winter, Putin threatened to halt all supplies if it took such a step.

“Will there be any political decisions that contradict the contracts? Yes, we just won’t fulfill them. We will not supply anything at all if it contradicts our interests,” Putin said.

Turkey’s Erdogan chided the West for provoking Putin while Serbian President Aleksandar Vucic said that if Europeans were counting on military victory for Ukraine then they should brace not for a cold but a “polar” winter.

Asked about what Russia calls its “special military operation” in Ukraine at the forum in Vladivostok, Putin said: “We have not lost anything and will not lose anything … the main gain has been the strengthening of our sovereignty.”

The governor of Ukraine’s eastern Luhansk region, which Russia has said it has taken over on behalf of separatist proxies, said on Tuesday that a Ukrainian counter-attack was enjoying “some success” but avoided details.

An official with the pro-Moscow self-proclaimed Donetsk People’s Republic said there was fighting at Balakliia, an eastern town of 27,000 people between Kharkiv and Russian-held Izyum, site of a railway hub used by Moscow to supply forces.

Daniil Bezsonov added, via Telegram, that if the town were lost, Russian forces in Izyum would become vulnerable on their northwest flank. Russia says it has repelled an assault in the south and has not reported any territorial losses.

Russia’s Defense Ministry said its forces had taken the settlement of Kodema in eastern Ukraine’s Donetsk region from Ukrainian forces.

Reuters was unable to independently verify the battlefield accounts. – Rappler.com