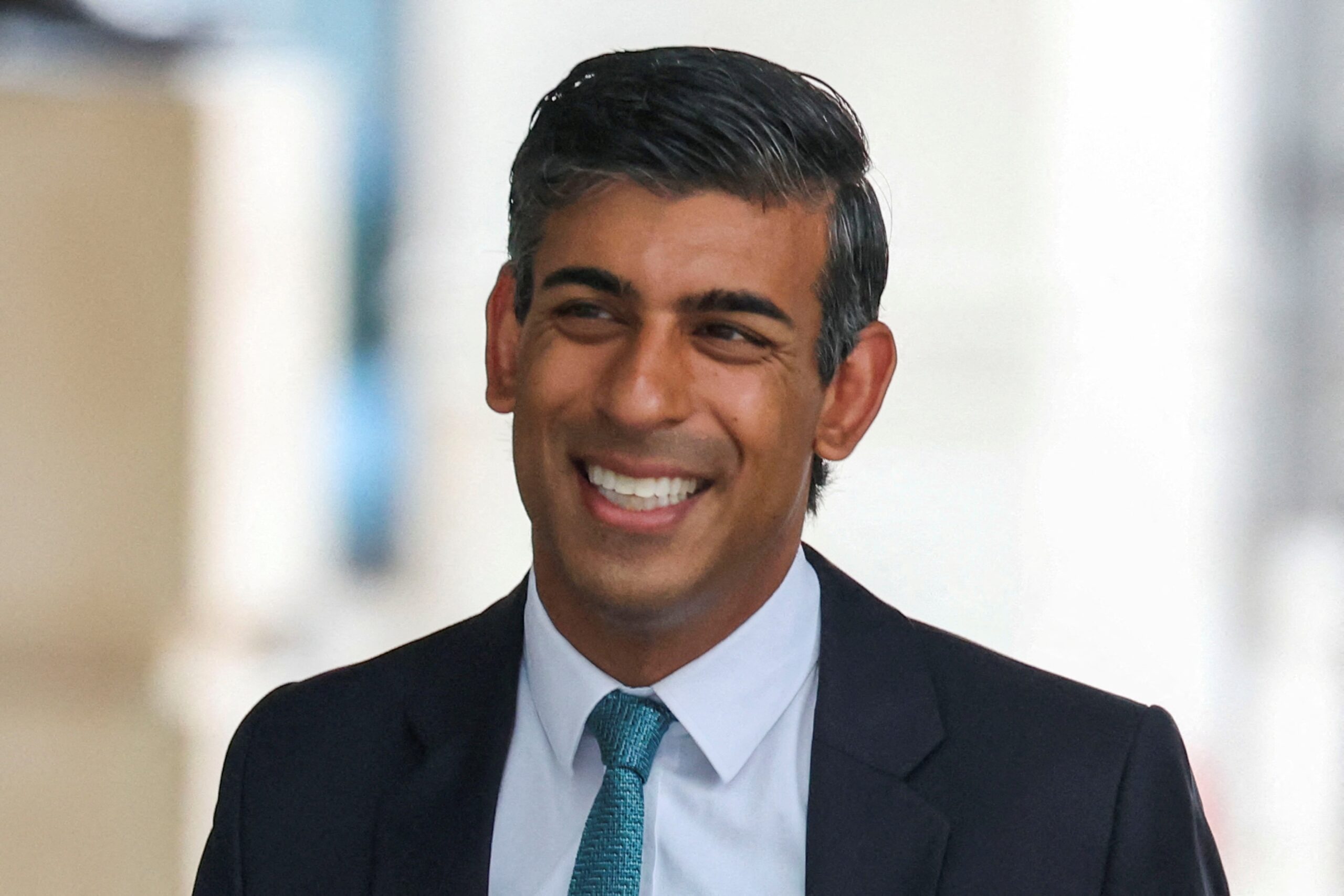 Facebook Twitter Copy URL
Copied
(1st UPDATE) Rishi Sunak is well ahead in the race to secure lawmaker backing, with the BBC putting his support at 133 declarations, and former prime minister Johnson on 55.

LONDON, United Kingdom – Boris Johnson was fighting on Sunday, October 23, to get enough support to make a shock return as Britain’s prime minister after prominent figures on the right wing of the Conservative Party coalesced around the man once accused of betraying him, Rishi Sunak.

Sunak, the country’s 42-year-old former finance minister, confirmed on Sunday he would enter the competition to replace Liz Truss, vowing to tackle the country’s “profound economic crisis” with “integrity, professionalism and accountability”.

“I want to fix our economy, unite our party and deliver for our country,” said Sunak, the man accused by Johnson’s supporters of ending his previous three-year spell in office.

Sunak quit the cabinet in July, triggering an unprecedented ministerial rebellion against Johnson.

The declaration from the clear front-runner throws down the gauntlet to Johnson, who returned from a holiday in the Caribbean to try to secure the backing of 100 lawmakers to get onto Monday’s ballot.

During his previous time in Downing Street he was supported by many of the different factions in the party, including those on the right who spearheaded Britain’s departure from the European Union.

This time, however, many previous backers have told Johnson he should step aside, noting that the country needs stability after Truss’ chaotic six-weeks in power sparked turmoil on financial markets, hitting the value of the pound.

Johnson is also still facing a privileges committee investigation into whether he misled parliament over Downing Street parties during COVID-19 lockdowns. He could be forced to resign or be suspended from office if found guilty.

“This isn’t the time for Boris’ style,” Steve Baker, an influential lawmaker on the right of the party, told Sky News. “I’m afraid the trouble is because of the privileges vote, Boris would be a guaranteed disaster.”

Britain has been thrust into yet another leadership battle after Truss was forced to quit when her radical economic policies drove up borrowing costs and mortgage rates at a time of surging energy and food bills.

Truss resigns: What you need to know Sunak, Johnson and former defense minister Penny Mordaunt are all in the fray to become the country’s fifth prime minister in six years.

The prospect of another Johnson premiership is a polarizing issue for many in a divided Conservative Party, while his popularity among voters had also tumbled before he was forced out.

For some lawmakers, he is a vote-winner, able to appeal across the country with his celebrity image and brand of energetic optimism. For others, he is a toxic figure who would fail to unite the party and so might undermine efforts to build a stable leadership to calm rattled financial markets.

Sunak is well ahead in the race to secure lawmaker backing, with the BBC putting his support at 133 declarations, and Johnson on 55.

If chosen, Sunak would be the first prime minister of Indian origin in the United Kingdom.

His family migrated to Britain in the 1960s, a period when many people from Britain’s former colonies arrived to help rebuild the country after the Second World War.

Sunak first came to national attention when, aged 39, he became finance minister under Johnson just as the COVID-19 pandemic arrived in Britain, developing a furlough scheme to support millions of people through multiple lockdowns.

“I served as your chancellor, helping to steer our economy through the toughest of times,” Sunak said in a statement on Sunday. “The challenges we face now are even greater. But the opportunities – if we make the right choice – are phenomenal.”

Despite polls showing Sunak to be more popular in the country, he remains deeply unpopular with large parts of the party membership after they blamed him for bringing down Johnson.

According to the rules of the accelerated contest, if only one candidate secures the backing of 100 Conservative lawmakers out of the more than 350 in parliament, they will be named prime minister on Monday.

If two candidates secure that level of support, they will go forward to a vote of the party membership, with the winner announced on Friday.

Johnson’s backers say he has secured the support of more than 100 lawmakers, but that many are keeping quiet because they still have government jobs.

One backer, James Duddridge, said Johnson spoke to his supporters on Sunday and was on “good form” and smartly dressed.

Nadhim Zahawi, who was briefly finance minister earlier this year, went public with his backing for Johnson on Sunday.

“When I was Chancellor, I saw a preview of what Boris 2.0 would look like,” he said on Twitter. “He was contrite and honest about his mistakes. He’d learned from those mistakes how he could run Number 10 and the country better.”

Mordaunt, with the declared backing of 23 lawmakers, said she was confident about the progress she was making and was very much in the race to win.

So far none of the three candidates have given any detail about what policies they would introduce if they became prime minister. – Rappler.com