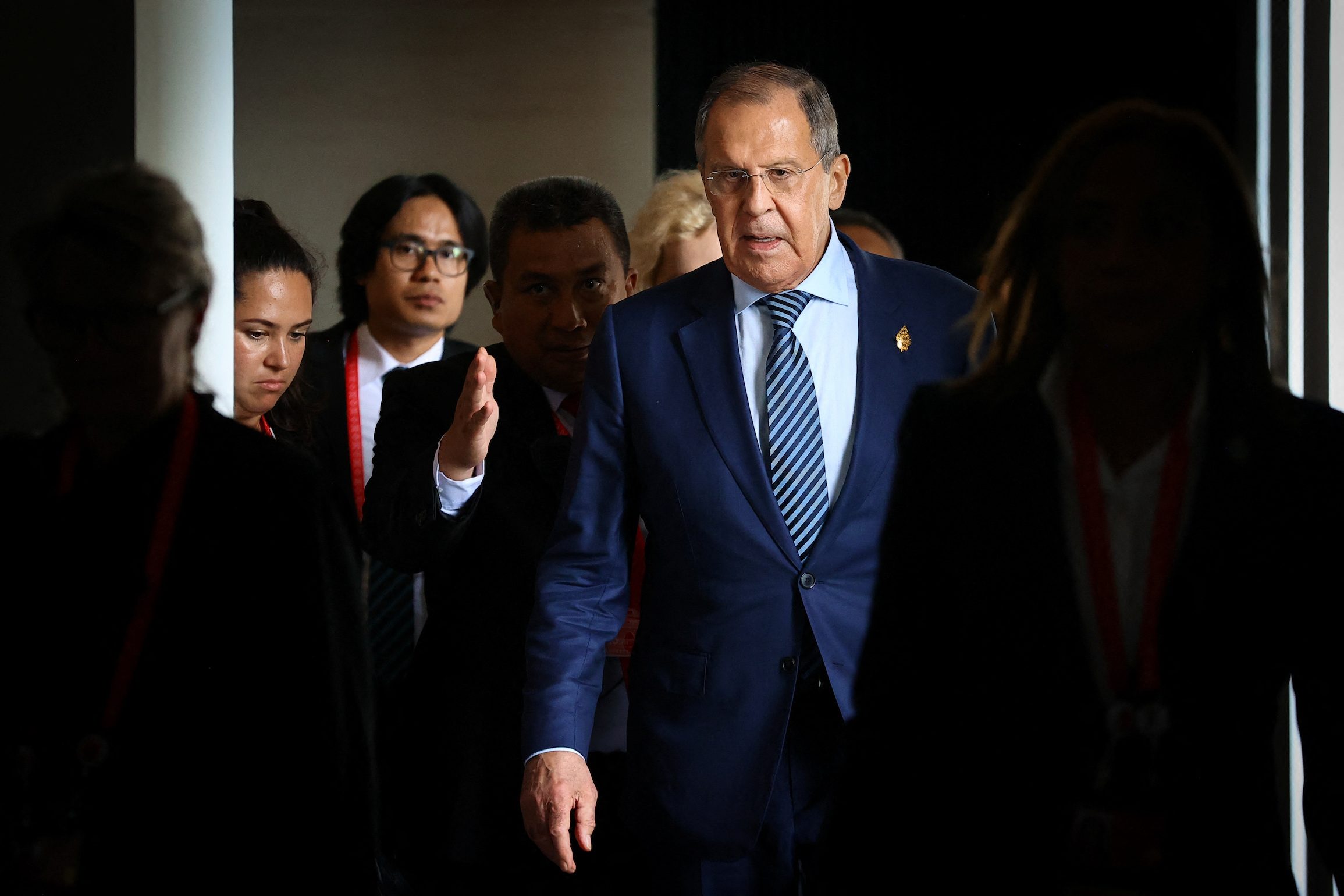 FILE PHOTO. Russian Foreign Minister Sergei Lavrov walks before a meeting with Secretary-General of the United Nations Antonio Guterres on the sidelines of the G20 summit in Bali, Indonesia, November 15, 2022.

Facebook Twitter Copy URL
Copied
'It is necessary to avoid any military clash between nuclear powers, even with the use of conventional weapons. The escalation may become uncontrollable,' says Russian Foreign Minister Sergei Lavrov

Russian Foreign Minister Sergei Lavrov said on Wednesday, November 30, it was vital to avoid any kind of military confrontation between nuclear powers, even if it only involved conventional weapons, the TASS news agency reported.

Lavrov also said the West was pushing Ukraine to continue fighting against Russia.

“It is necessary to avoid any military clash between nuclear powers, even with the use of conventional weapons. The escalation may become uncontrollable,” TASS quoted Lavrov as saying.

Russian President Vladimir Putin has issued a series of thinly veiled nuclear threats during the course of the war in Ukraine, but several top officials have repeatedly denied Moscow plans to use nuclear weapons in Ukraine and have accused the West of upping the nuclear ante.

Western countries, led by the United States, have provided an unprecedented package of military support to Ukraine to support its fight against Russia. Moscow has previously said this makes NATO a party to the conflict, though both sides have stressed the importance of avoiding a direct confrontation.

Ukraine is not a member of NATO, but is seeking to join the alliance – something which remains a distant prospect.

Russia says Ukraine’s NATO ambitions and the eastwards expansion of the alliance since the fall of the Soviet Union in 1991 were one reason behind its move to invade on February 24. – Rappler.com